Indie games are better because of Nina Freeman’s personal stories

How emotional, frank depictions of love, uncertainty and sex are helping games

Share All sharing options for: Indie games are better because of Nina Freeman’s personal stories

I have rarely felt more confronted emotionally by my gaming experiences than while playing the work of Nina Freeman.

Her games, like the short, free-to-play Freshman Year and Cibele, which she developed with the team at Star Maid Games, which just launched on Windows PC and Mac this Monday for $8.99, are immediately personal and function as playable accounts of her own. They're games that feature the sort of open, sometimes sloppy emotion of a teenager's poetry journal. They can be hard to play not because they're so honest, but because it's so easy to see ourselves in them. 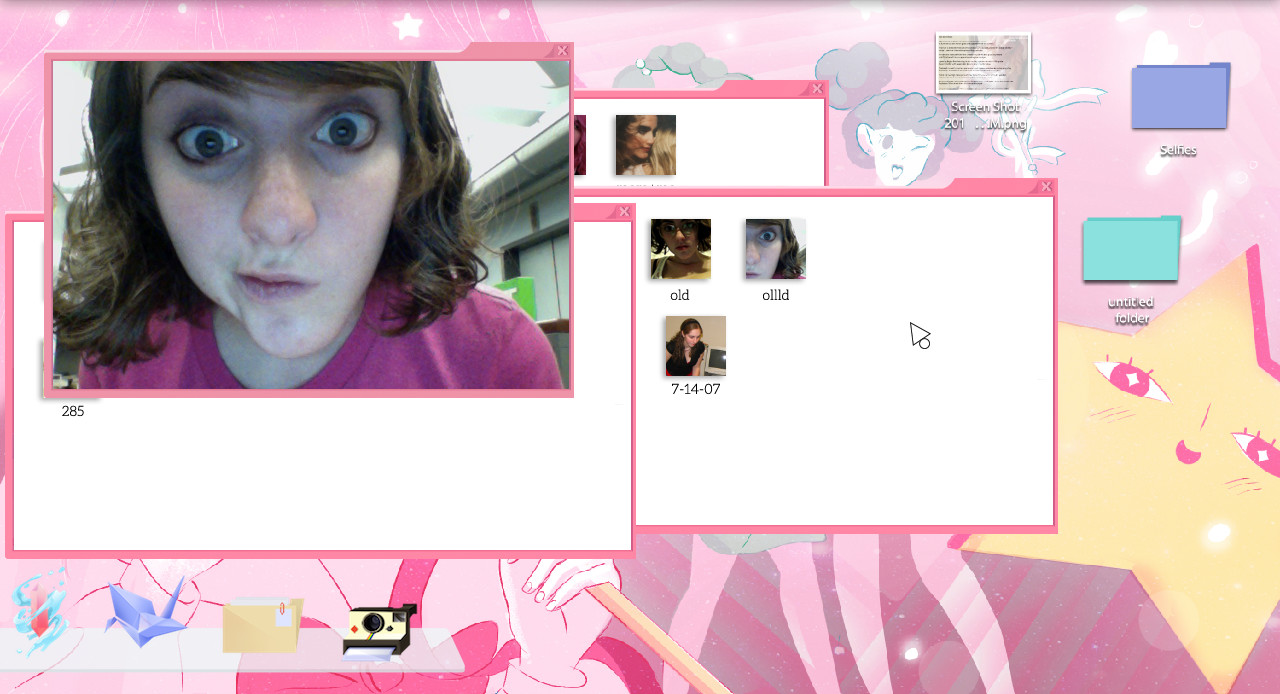 Freshman Year tackles the all-too-common experience of collegiate sexual harassment. The text-based Mangia recounts Freeman's struggles with body image and chronic illness. Cibele goes so far as to use her voice and likeness in the video cutscenes, and all of these games feature her as the player character.

It feels unusual to see a game expose its creator in such a way; this level of vulnerability is seen almost exclusively in things like music and literature. To watch Freeman suffer in these games — and even moreso, to be the one playing through it — is at times painful, but the sincerity comes through. This is an artist using herself as the subject, while dealing with complicated topics that are universal for a certain generation growing up with the Internet and gaming.

This ability to speak so directly to the player is what sets Freeman's work as a developer apart from so many other indies. Mangia in particular continues to haunt me. While I might have been playing as "Nina," the lack of any graphics beyond the occasional abstract pen scrawl forced me to visualize the game's events for myself.

I've long struggled with the issues at the forefront of Mangia, just like many adolescent or adult women. I know the feelings of worthlessness and hatred of your own body. Interacting with these thoughts in a medium that I usually am attracted to as a method of escape was unbelievably powerful. So many games ask us to look outward, to imagine things that seem unbelievable. Freeman's body of work, which so often involves her own body, forces the player to look inward, something she's written about for Polygon in the past. In her games, we follow Freeman as she looks in the mirror, and we see ourselves.

Again, it's at once specifically revealing and utterly familiar, especially as someone who, like Freeman, grew up on the Internet. Freeman and I had the same Sailor Moon poster in our college dorm rooms. Her voice — she performs the role of herself both in live-action and voice-over — sounded at times exactly like my own, often affectless and sort of low.

It's that central theme of the online generation exploring love that left me with tears in my eyes at the game's abrupt conclusion, 90 minutes later. I've lived a lot of my life online, building relationships, platonic and otherwise, with people I have never known outside of the virtual space. Internet communities, like the MMO in which "Nina" and her first love, Blake, build their relationship, are safe havens for those who have trouble finding a suitable space in reality. The sex shown in the game is beside the point; the game is about finding a connection in a space so many people see as isolating.

I've never really felt like I've fit anywhere, but I've found a home online, and in games. Cibele represents both of those worlds. Before heading into Valtameri, the game's take on Final Fantasy Online, you can dig through Nina's old blog posts, emails and selfies. Reading her high school and college poetry took me back to my own very similar teenage pieces. Exploring her selfies, which became increasingly provocative, a gesture toward her notion of maturity, reminded me of my own evolution, at times embarrassing and consistently hard to reflect upon. 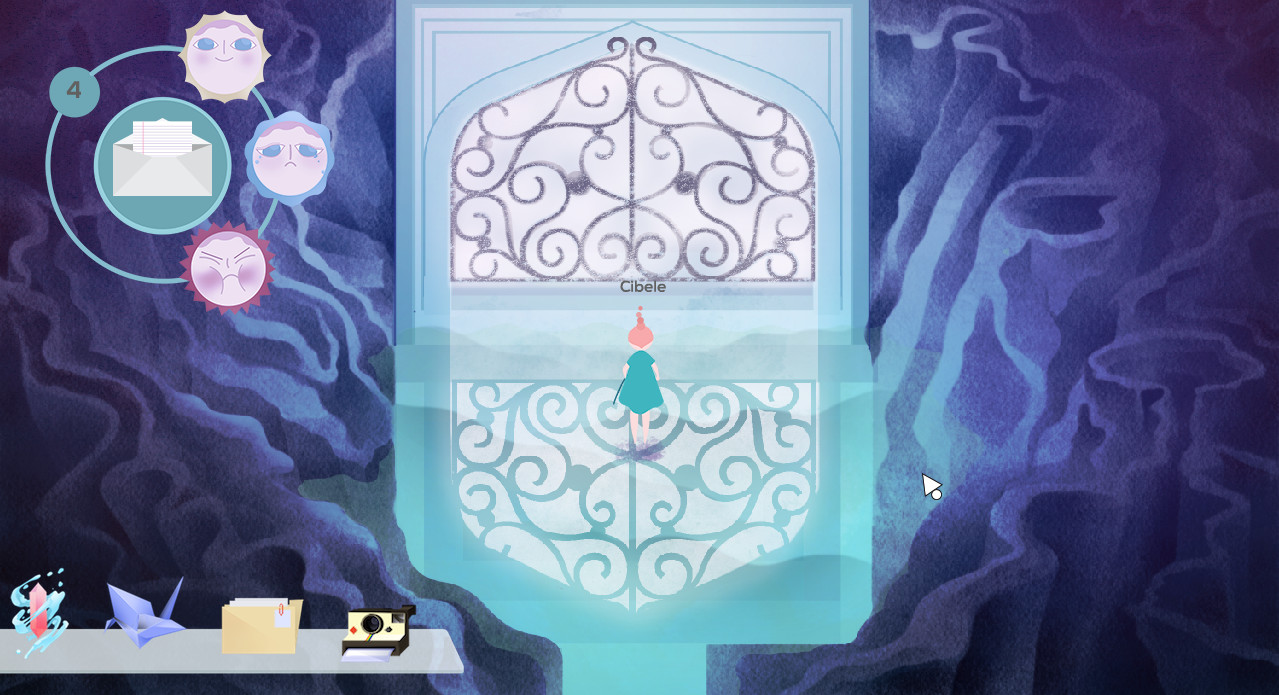 It's all messy and intimate, but so is growing up. It's hard to tell how much of the content of the game is artifice and how much is taking from Freeman's own life and writing from that era. It feels completely unique, and at times is uncomfortable. It's intimate in a way that's rare, if not non-existent, in other games.

The dissolution of the relationship at Cibele's core — and it can't be a surprise that it ends as quickly as it begins to anyone who has had these intimate online experiences — is hard to watch, but the pain I felt, those tears that welled up, weren't because of how I felt for Nina. While she had my sympathy and understanding, it was for my own teenage years that I was crying. Trudging up those locked-up stories, those buried feelings, was overwhelming.

It's all messy and intimate, but so is growing up

Probably the most salient takeaway from my reactions to all of these games is that, for what feels like the first time, I was playing as someone so close to my own age. There's no dearth of strong women in games, if you know where to look and actually want to do so. But to play as a woman not much older than me, who lives in the same world that I do and has had so many of the same experiences is an uncommon and powerful thing. Nina and I are more different than we are the same, to be sure; what I would give to play through a Cibele-like experience as a non-white protagonist, for starters. Even so, it means so much to me to get to play and replay these games designed by and starring a woman from my generation.

You don't have to have been a teenage girl to appreciate these games. They're especially affirming to anyone who has successfully made it out of that stage alive.