Teabagging shouldn't bother me (but it does)

What people do when there's no consequences

Share All sharing options for: Teabagging shouldn't bother me (but it does) 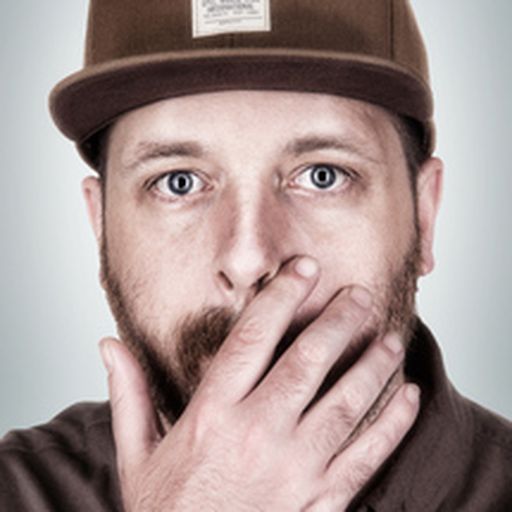 The act in question is "teabagging." It's a taunting sign of disrespect, a way to rub salt in the wound by actually rubbing salty, virtual balls on your wounds. I, for one, find it downright infuriating.

Where did this come from?

The origin of the "teabag" in gaming is not entirely obvious. Halo is often blamed, as are Half-Life and Counter-Strike, but in truth all any game needs to make "teabagging" viable is the ability to crouch and a camera that lingers on your newly expired body.

I had to be extremely careful to phrase my search terms to avoid videos of real-life genitals, by the way. This is precarious research.

Some triple-A titles have even included teabagging into their mechanics, most notably Infinity Ward's Call of Duty: Ghosts. In the game's multiplayer mode, the player who gets the first kill will be rewarded with a "Field Op," a random task to be completed before death. These range from getting a headshot or explosive kill to the cryptic "Humiliate the next enemy you kill."

After much trial and error, Ghosts players soon realized that the only way to do complete the humiliation challenge is to "teabag" the poor blighter you just shot in the face. This might seem like silly fun or a developer giving a nod to an existing meme, but in return for doing this you would be rewarded with a care package, which includes full ammo and equipment plus a Squad Point. To be clear: For humiliating another player you're given the tools to kill more players. Forget pay-to-win – this is debase-yourself-to-win.

Why is this so annoying?

We've all felt the sting of a ball crush when we lose an exchange and the rage that follows it. No matter how much we tell ourselves it's only a game, there's something in the act of defiling our now lifeless torsos that enrages even the best of us.

Why does the simple "teabag" inspire controller-throwing rage? Are we all just overly sensitive? Is it the implied depravity of the act itself? Or is it something more personal?

Most of us use gaming as an escape from our daily realities, whether that be for stress relief or to become engrossed in something fantastical. Games are the act of being someone else for a few minutes or hours in our day. But the way a great game helps us escape our real world emotion is by making us feel real-world emotion. Undertale can make you sob. Super Meat Boy will elate you every time you beat a level. Bloodborne will keep you tense and enthralled. Whatever emotion you are looking for, there is a game that will give it to you. Although we may be looking to escape ourselves, the only believable escape is one we feel.

We're still looking for that emotional fix when we jump into whatever multiplayer PvP we fancy – the pride of a clutch play, the fulfillment of getting better with every round, of getting sweaty when a game is close. The attraction of multiplayer PvP is the reality of it all. You obviously can't throw Destiny's flaming hammers at your annoying neighbors or Fulton your Ex a-la Metal Gear, but it's that human intelligence that keeps me playing every form of PvP I can. It's unpredictable, stressful and ultimately satisfying.

When real life intrudes on your escape

I love finding my escape by shooting my fellow humans – although honestly it's more like running around getting my head blown off by better players, but that's irrelevant. What is relevant is this: When one of my better opponents, or worse, a very lucky lesser opponent, deems my corpse worthy of their ball-bag, it's not just a taunt or them mocking my abilities, it's a moment that breaks the fourth wall of my escape and reminds me that people are dicks, and that there are people in this world who find joy in others' misfortunes.

A teabagging is a human being disrespecting another human being. It's the opposite of a bow before a fight.

Maybe that's it right there: It's a human making an active choice to say, "Fuck you, dude" – quite literally saying "Fuck your stupid face" – that makes getting teabagged so rage-inducing.

If the key to engrossing gaming is the ability to extend our true selves into a game, does that mean that your average everyday teabagger walks around their neighborhood pissing on the chips of everyone he or she has any tiny victory over? "Hey, I got the promotion ... feel the warmth of my sweaty nuts!" I very much doubt it.

To me, sack-dropping is a less-evolved version of your garden internet troll. The troll thrives on causing upset from behind a shield of electronic anonymity with the full knowledge that there's very little their victims can do to stop them. Someone blocks you on Twitter and you just start a new account and continue to be an asshole.

It's the opposite of a bow before a fight

There can only be a couple of motivations behind clam-slamming (teabagging's feminine form). The first is you're a kid who doesn't know any better; if that's the case, then chances are you'll stop being a dick once you grow up and realize there is more to life than being an asshole on the internet.

Sadly, the second motivation is somewhat bleaker. For some reason you feel it's right to tell your opponent that they are less that you, and you are happy to say that you don't feel that basic social politeness applies to you.

But to me, in truth teabaggers are only doing this because there are no repercussions, and without repercussions every coward becomes a hero. If you feel the need to rub your success in the faces of strangers on the internet, maybe look at your life and address that drive, because ultimately, a moment's happiness derived from someone else's sadness is empty.

This act hints at a reality where more people aren't assholes in public, due to the simple fact that they'll be seen.

I know you'll say it's only a game, but I have just a final word to you, Mr. Bagger. Keep bagging; let the world know that your life is so shitty that your only joy is to take it out on other people. Let everyone see just how empty you are. We won't "justice bag" you in return; instead, maybe one of us will show some pity and give you that hug you so sorely need.

As for me, I promise to stay classy while I blow your brains all over the map.