Tales from the Borderlands is terrific, and 'Telltale fatigue' is a bad reason to skip it

"This is totally uncool. Why must the universe punish the good?"

Share All sharing options for: Tales from the Borderlands is terrific, and 'Telltale fatigue' is a bad reason to skip it 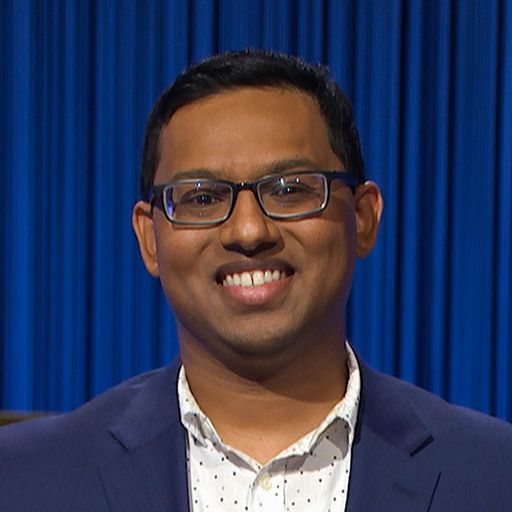 Tales from the Borderlands: A Telltale Games Series is the funniest game of 2015. But it didn't come close to making Polygon's top 10, and as far as I can tell, few of my esteemed co-workers played it. I have a simple hypothesis as to why that may be the case: Let's call it "Telltale fatigue."

Telltale Games is the prolific studio behind episodic adventure games such as The Walking Dead, The Wolf Among Us and Minecraft: Story Mode. The company generally drip-feeds its games across five chapters released every two to three months. Telltale hit it big with The Walking Dead: Season One back in 2012 — Polygon's top game that year — and the studio has since been working on numerous projects simultaneously, cranking out episodes from one series or another on a regular basis.

The thing is, Telltale's games are all similar. They're based on licensed properties from comics, television and other media. In them, you explore static environments by interacting with various objects. You move the story forward by talking to other characters, and by making choices in both dialogue prompts and "action" sequences. Oh, and the games can still be kinda janky.

It's true that Tales from the Borderlands is very much a case of "they made another one of those games." But it's the best thing Telltale has done since the first season of its Walking Dead game three years ago — and I say that as someone who had The Wolf Among Us at No. 3 on his top 10 games of 2014 list. Let's get into why.

It doesn't require any familiarity with Borderlands

You may have passed on Tales from the Borderlands because of its title. Yes, Borderlands creator Gearbox Software worked on this game with Telltale; for instance, Borderlands 2 writer Anthony Burch contributed some dialogue to the script. [Ed. note: Burch and the author of this article previously worked together at Destructoid.] Canonically, it's the latest entry in the franchise, following (in order) Borderlands, Borderlands: The Pre-Sequel and Borderlands 2.

Telltale's game is directly tied to the series — the antagonist of Borderlands 2 is an important character in all five episodes — and I'm sure that Borderlands fans will get more out of the story because it name-drops planets like Pandora, corporations such as Atlas, and MacGuffins like Vault Keys. But one of the most impressive things about Tales from the Borderlands is that it deeply incorporates elements of the Borderlands franchise without necessitating any foreknowledge of the series.

I went into Tales from the Borderlands without having played any of the previous Borderlands games, so I didn't know anything about the franchise and I was indifferent to its universe. I still enjoyed the hell out of the game.

You read that correctly. Tales from the Borderlands contains not one, but two of the year's best new video game characters. And they're both robots.

First up, we have Loader Bot, voiced by Raison Varner. This thinking, feeling hunk o' metal doesn't just save our heroes' lives on multiple occasions; he does so with a hilariously deadpan delivery of lines like these:

Loader Bot can be your best friend or give you the cold shoulder, depending on how you treat him. But either way, he'll be there for you in some sticky situations, casting his watchful red eye over Rhys, Fiona and company the whole way through.

The companion to Loader Bot is Gortys, the effervescent, lovable lil' robot who's at the center of the story. Voiced by Ashley Johnson, Gortys sounds like an excitable child, and has the personality to match. She's an adorable, innocent kid, and it hurts you to see how she struggles with being the reason for all this strife.

And did I mention she's adorable?

As usual in a Telltale game, it isn't just the characters themselves that are great. The relationships that you build with them over the course of five episodes make Loader Bot, Gortys and everyone else even more special.

It makes perhaps the best use yet of the Telltale formula

Every Telltale game reminds you at the start that your choices have consequences, and that the story is tailored by how you play. The studio has lived up to those hallmarks with varying degrees of success over the years; sometimes it feels like your choices matter less than Telltale's predetermined path for you.

That is decidedly not the case in Tales from the Borderlands. To avoid going too far into spoiler territory, I'll say this: The climax of the story relies heavily on the choices you make over the course of the game, giving those decisions important implications for the gameplay as well as the plot. This is a Telltale game, so everything still plays out in quick-time events, but ... giant robots are pretty cool, y'all.

I led off by calling Tales from the Borderlands "the funniest game of 2015," so let me reiterate that. It's not only hilarious, it's refreshingly so. Telltale has made a lot of serious fare in recent years: the oppressive Walking Dead, the rage-tinged Wolf Among Us, the dour Game of Thrones. The studio delivered a comparatively lighthearted life-and-death story in Tales from the Borderlands.

Telltale imbues nearly every scene of Tales from the Borderlands with a moment of levity, using all the tricks in the book to elicit a laugh. The dialogue itself is full of gut-busting lines, like Hyperion guards "discussing casual misogynism and how it manifests in corporate executives" and Vaughn's paralysis turning him into an "eyeball fetishist." Protip: Scan everything you can with Rhys' Echo-Eye, because the descriptions are full of jokes. There's plenty of slapstick humor — most of it involving Rhys — along with some delightful sight gags, and a few great uses of the notification box in the corner of the screen that's typically reserved for "[character] will remember that."

And of course, your choices can bring out the humor more than anything. Loader Bot took a while to warm up to me, and in the process, I had to laugh at just how dedicated he was to ignoring me or shutting me down.

Telltale's still got it

These days, it seems like Telltale is announcing a new project every other month. The company is currently working on games for both Marvel Comics and Batman; additional seasons of Game of Thrones and The Walking Dead; and a new type of television-like project called a "super show" for the studio's first original property.

All that seems like it would risk spreading Telltale too thin, but Tales from the Borderlands is an example of the studio at the top of its game. I haven't even mentioned that it has plenty of heart to go along with its humor, and it does. In developing Tales from the Borderlands, Telltale incorporated everything it has learned from years of making this kind of game, and the result is without a doubt one of the best games of 2015.