Games have basic, huge accessibility problems (that we celebrate)

Share All sharing options for: Games have basic, huge accessibility problems (that we celebrate) 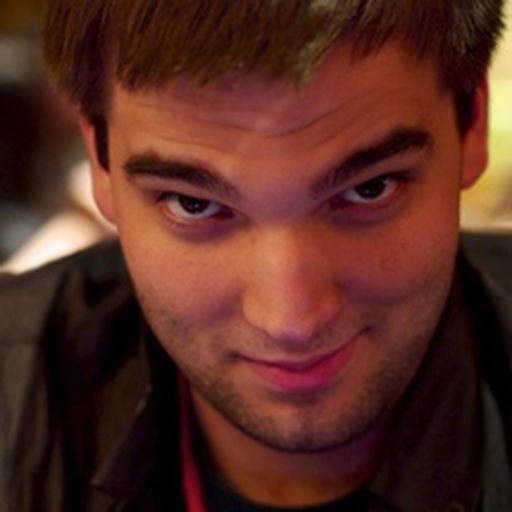 People need to be able to play a game before they can begin to digest or critique it.

While gaming has made some incredible strides the past few years, it's rare to find one that I genuinely, passionately love that I can also share with my non-gaming friends and family. That basic fact goes a long way to explaining why gaming is such an insular pursuit.

I recently watched one such friend play through Journey. As she explored the world, probing, testing and observing, I was content to sit back and let her take it in on her own.

That experience isn't one many tend to have. Most of us take it upon ourselves to show the people we love how special video games can be. We often forget that when we play, we bring years and sometimes decades of fluency in this medium. It's rare that someone without that background can pick up a controller and play without guidance. Books are easy to share because everyone learns to read. Not everyone spends the hours necessary to learn how to play what we consider to be "core" games.

The heart of the problem

I've been making my way through a few of the games I missed in 2014. Just last week I finished Alien: Isolation. The game's commitment to 1970s sci-fi aesthetics was palpable in a way that recent Alien follow-ups — looking at you, Prometheus — aren't. As a child raised on Star Wars, Blade Runner, Star Trek and Alien, hearing magnetic tape-driven computers whirring and clicking in the game's world was incredible. The game made me feel like a small part of a big story.

I called my mom — the woman who gave me my preternatural obsession with all things sci-fi — a few days after I finished. I gushed for at least an hour about all the wonderful things I saw, and my narrow escapes with the alien. She asked, "Should I play it?"

My mom has rheumatoid arthritis. The disease affects 1.5 million people in the United States. She's had it for a few years now, and as it progresses I'm worried that I won't be able share the games I love with her.

I've started keeping a mental Rolodex of games anyone can play. So far, I'm up to two-ish: Journey and Gone Home. Journey requires an expensive console to play at all, while Gone Home needs a relatively powerful computer. Sometimes I'll suggest Brothers: A Tale of Two Sons or Telltale's The Walking Dead, but even those two, while often chided for not being "real games," aren't easy for people with disabilities to finish.

My mom had trouble with the first episode of The Walking Dead and hasn't returned since. She was a prolific gamer before her diagnosis. She played everything from Centipede and Space Invaders to Majora's Mask and Knights of the Old Republic. Now I watch her struggle with experiences that some say don't even qualify as games.

This underscores a culture of exclusivity, and sadly it's a culture that we're often encouraged to celebrate. We want only "hardcore" people inside, and we'll test you to make sure you qualify.

The problem is more basic, and widespread, than we think

Games, as they are now, have an accessibility problem, and few people want to admit it. We'll prattle on about our games of the year and our personal all-time favorites, completely ignoring that few people can ever enjoy them.

Games require expensive hardware, and a high level of skill using controllers that certainly qualify as specialized pieces of equipment. Anyone with working eyes and a $20 DVD player can watch a movie, but even the simplest video games require much more equipment, skill and dexterity to play.

Sharing most art forms is as easy as loaning someone a book or a DVD. Games require the player to bring training to bear on unlocking the experience. There is no book that keeps you from reading the end if you aren't "good enough."

The fact that most people feel locked out of games was seen as a feature, not a bug

This issue even got a brief mention at this year's DICE Summit, a forum for executives at games' top developers and publishers. Richard Hilleman, EA's chief creative officer, bluntly said, "Our games are actually still too hard to learn. The average player probably spends two hours to learn how to play the most basic game."

The reaction from most "gamers" to the statement was about what I expected. Most made quips about how mainstream games are already "too easy" or "too casual," with others saying that this would dumb games down and make them shallow and forgettable. The fact that most people feel locked out of games was seen as a feature, not a bug.

To have access to everything that comes out in a given year, you need the three main consoles, a powerful PC, a new-ish smartphone, a 3DS and a PS Vita. And that's just to have the ability to try everything that comes out in any given year. If you want to be a music enthusiast, a $10 radio will give you nearly all the education you need. An inexpensive TV and Netflix subscription will open an entire world of films and television shows, with some exceptions.

We want console exclusives. We want long games. We want games that are challenging. That locks out everyone without the money, the time and the technical ability to play. It's no wonder we've found ourselves here. Do we want more gamers, or do we want to be happy being inside a small community of fans who are willing to put the time and money into learning how to play, and maintaining the equipment needed to do so?

There are already plenty of organizations and even game designers dedicated to fixing this problem. AbleGamers in the U.S. and Special Effect in the U.K. help people find games that anyone can play, or find the tools and equipment needed to make playing games a practical pastime.

But these problems run much deeper than helping the differently abled enjoy games. The basics of the hobby itself make sure we'll never break through to the masses in a way that television and the written word have enjoyed. You learn to read in school, but no one is going to add Dragon Punches to the curriculum.

Year after year, I see the same kinds of games lauded. I see a narrow scope of genres recognized and valued by the majority of gaming culture. We behave as if we're the only audience that matters. New players need to catch up; they need to adapt. Instead of going to new audiences, we expect them to come to us. We expect them to deal with our baggage.

We ask to see their decoder ring and ask them to answer our trivia questions to prove they belong.

Year after year, I see the same kinds of games lauded

I want the next generation, and the one after, to have the same opportunities I've had to share these games. We have the makings of an empathetic medium, one that allows us to inhabit someone else and to live the consequences of tough decisions. We have the hardware and the knowledge to make games anyone can play, but as players we often attack developers and experiences that welcome people who may not have grown up with a controller in their hand.

If we've learned anything, if we've taken anything from games, then we have a responsibility to share just a touch of that empathy with the people who may want to join us. We can't tear down all the technical boundaries, as video games are inherently a technical art form that requires at least some special equipment, but we can certainly stop attacking how others play games, or options that allow a wider audience to enjoy a game.

Blowing these doors open isn't an act of destruction; it's self-preservation.

Halle Berry has a vision for directing the next Catwoman

Fortnite is down as Chapter 2 comes to close