Want to improve the reputation of gaming and gamers? This is how you start

Share All sharing options for: Want to improve the reputation of gaming and gamers? This is how you start 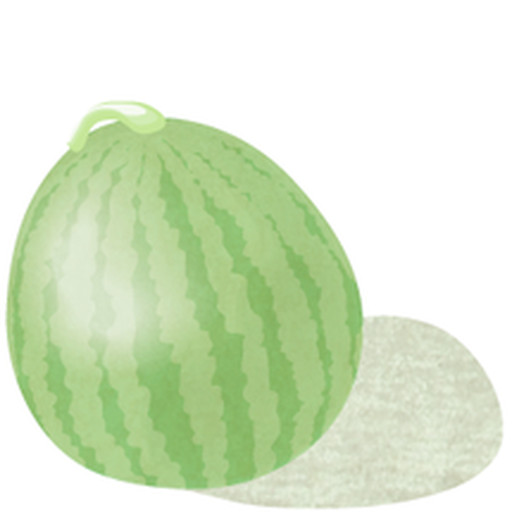 How do we fix the reputation of video games and the people who play them?

The popular perception of games often makes it sound like stunted medium with a belligerent culture attached, especially compared to the fairly neutral perception of books, films, paintings and dance. Fixing that impression won’t just mean telling people that we’re better than that — it means actually being better than that, and fostering a constructive gaming culture.

As someone who’s been trying to change the perception of games for years, especially to encourage women to participate in games culture, one of my favorite ways to help change public opinion is to foster games in public. Arcades are disappearing, but the internet makes it easier than ever to organize events.

Physical games and games festivals actively change stereotypes about players while making games intriguing to outsiders. In Melbourne I went to many great events like Hovergarden, where players projected games onto laneway walls and played Towerfall while other players played JS Joust, brought their DS systems or even just played Bull Rush. Lots of people stopped to watch and strangers joined in.

Many people got to see players out there in person having fun and being gregarious. When a group of smiling people are having fun and invite you in, not many people say no. Play is contagious.

The excellent Freeplay Festival (which I’ve spoken at in the past) deliberately sought speakers from other mediums such as music, art, architecture, poetry and dance to talk about how they intersected with games. These events normalize games as part of public life and discourse.

When The Interstate Arcade, a small exhibition of indie games from Perth, set-up in existing galleries and shop fronts around the country, it was non-games friends who told me that they’d seen in town.

Small events like this start to have knock-on effects. Just last year, the Perth Writers’ Festival included an event called "The Game-Changers" about innovation in game story-telling and the unique possibilities of games. The festival brought critics, devs, journalists and activists together to talk games. These bigger opportunities introduce new audiences to games at their best. It shows games as existing as part of the cultural discourse, not something apart from it.

Become an advocate for your favorite games

These events can’t happen without an interesting, lively and constructive games culture to draw from. Most events are organized by people who’ve been active together in the games community — often by writing about games — for years, and who are great at translating interesting ideas from games into friendly, accessible forms for outsiders.

It’s not about waiting for people to discover games as a fun, inviting art form: We have to meet people and hand them a controller.

Find and connect with other players. Start making notes, and start that blog about games. Find writers you like and read their opinions about games. Make that Let’s Play video. Think about what makes games good or bad or what it is that really works for you about them, and share that with other players. Make a small game. Go to an IGDA dev meet-up and help devs playtest their games. Start a podcast, or a forum. Join a cosplay group. Try a new platform or a new type of game you’d never think would appeal to you.

Even if it doesn’t, it becomes another shared point of connection. What’s important is that you need to connect over games by discussing games themselves. Whether it’s everything a game did wrong or right doesn’t matter, as long as games are the topic. Add your voice to the mix.

Find and connect with other players

The next step may be the most important: Get outside games culture. We’re known for being insular, so don’t be. I sail, take dance classes, play in a folk orchestra, write about architecture and just generally read and watch movies and have picnics and parties and go to festivals. Everywhere I go, I meet people who aren’t into games culture but are interested in play, or who I can get interested in play.

The greater world is filled with well-rounded people looking for another hobby, or their first hobby. Don’t meet them as a gamer, meet them as a person with a full life who loves games.

I keep a mental list of games I recommend to people interested in trying out games — easy, beautiful, sophisticated games. But it’s a much shorter list than I’d like. I would love to be able to recommend a game like Assassin’s Creed 2, since it’s got a great mechanic and a lot of character to the world and a nice gentle difficulty curve that’s good for getting people used to the controller — but the portrayal of women is embarrassing and puerile. I worry it’ll put my friend off rather than encourage them.

We need to stop thinking about story, writing and characters as being "good enough for games" and reward the instances we find that are just "good" by any measure.

You may not personally enjoy Gone Home, but it’s excellent PR as an example of how games can explore small, personal stories in addition to epic theatrical ones. No one would want to convince their friends of the majesty and breath and beauty of film just by dumping a bunch of Michael Bay DVDs into their lap, but that’s how the gaming industry often presents itself.

It's time to get started!

I’m a long-term games champion. I am constantly trying to get people into games, trying to change perceptions, trying to make the medium more accessible. Especially my female friends — many of whom grew up playing — as most people do these days, but don’t think of themselves as "into games" anymore.

The hard part is many people believe all games are infantile, sexist and feature gratuitous violence. The whole of games culture is presented as being insular, defensive, belligerent and even toxic. The bigger problem is that much of game culture lives up to that stereotype.

There’s only so much I can do to tell people about the wonderful community of gamers, writers and thinkers and games festivals, and then watch all my good work undone because they search the GamerGate hashtag on Twitter and see the worst side of the culture.

It’s much harder to want to bring people I care about into the fold these days, knowing they could cop weeks of hate over something as trivial as drawing fan art of a character. We’re not creating new gamers anymore, we’re creating more targets. The pattern has been going on for years, and unless we stop it, it’s hard to see a future where mainstream audiences accept games the same way they do films and books.

When Anita Sarkeesian started her Tropes vs. Women series in 2009, she went on to make many videos that addressed sexist tropes in books, TV, movies and toys. None of those groups saw her as a threat to their mediums.

But when she started applying exactly the same ideas to video games, many gamers went ballistic! This is embarrassing! It’s embarrassing that so many gamers are so much more sensitive about ordinary critique than fans of other mediums. It reflects badly on the rest of us.

I don’t agree with everything Sarkeesian says, but her actual output is almost beside the point: We need to examine why gaming is the art form that found her so threatening people felt compelled to threaten her life. Even if we’re not the ones sending death threats, we need to stop getting frustrated that these threats become news and instead look at the culture that sees harassment as part of the cost of existing in this space.

It's time to learn how to handle criticism better as players. We need to foster a community that reacts with proportionality to things it doesn’t like. Sending people on Twitter heaps of hostility and venom because they criticized something about games only confirms most people’s stereotypes that playing violent games makes gamers belligerent.

Spreading rumors and malicious exaggerations of fairly minor criticism that encourage other gamers to send people hate only confirms stereotypes that gamers are hateful. You can pretend till you’re blue in the face that your particular kind of nasty message isn’t harassment, but outsiders can see that it is. Maybe you’re angry at someone’s skepticism of our community, but you’re confirming their worst fears when you react with slurs and  threats.

Even if you yourself aren’t "that guy", even if you’re not the nasty-hostile-message-sending type, standing by idly (or worse, telling victims to pipe down) means this stuff is able to grow. Every time a gamer says "that’s just the internet" or "abuse is a normal part of gaming," they’re signalling to everyone else that gaming culture is a nasty place.

You don’t have to like every piece of criticism or every thing someone does — you do actually have to react like a rational person with some sense. And if you’re already reacting reasonably and proportionately, you have ensure that others do the same.

Gamers whose only concern is who they hate in games culture today, who don’t really talk about what games they’re playing or making or have anything interesting or insightful to say about games, need to either learn to control their anger or channel it into productive means, or we need to create better cultural spaces away from them.

Yes, we can change the perception of games culture. Part of that is getting the message out there, but a larger part of that is actually fixing the problems with games culture itself. We have to stop getting angry that people know about the symptoms and instead begin healing the sickness.

Right now we’re discussing an art form where critics have to teach themselves strong online security in order to be safe, and some have to travel under police guard simply to speak at conferences. The belligerent hate mobs and their "but I’m not personally doing the harassing" cheerleaders have to go.

We need to help attempts to broaden the medium, to integrate it into public life and discourse, to improve its portrayal of gender and race, to grow and maintain positive communities, to flourish.

See you at the street party!

Claire Hosking is a grad architect and illustrator interested in digital architecture, procedural art, robots and feminism. In her spare time she models and programs gameish things and plays the ukulele.