Share All sharing options for: How to create a game in the middle of a civil war (and why I hate Oldsmobile) 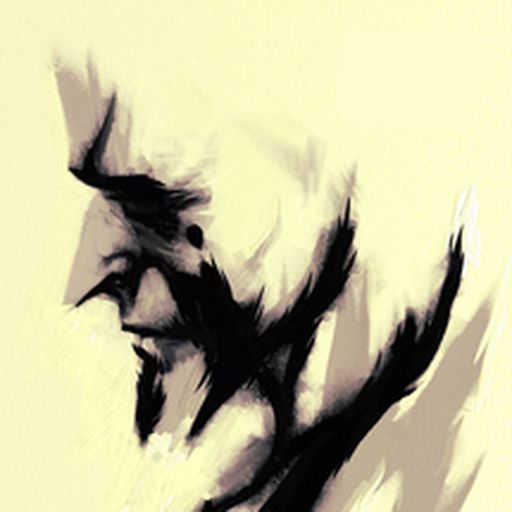 Long ago, in a far distant galaxy called Ukraine, three guys retired to make The Game.

They knew that The Game would be finished, but none of them could ever imagine that after more than two years, one of them would become a father, the second would live in another country and a civil war would start in Ukraine.

This is the story of how we went from kids dreaming about making games to adults who made it happen, and then how we were forced to finish the project in a time of war.

We grew up in the '90s, a dark hour after the collapse of the USSR. We were kids, but even then we tried to make The Game. First, it was as a tabletop design with paper and cardboard. Then we played games on the PlayStation One and discovered how profound games can be. We always thought about it, the idea of creating a real game. We studied and worked, always with this idea in the back of our minds.

The plans were much too ambitious, as is usually the case with beginners. It had to be an MMORPG with tactical turn-based battles, lots of realistic weapons, destruction of levels and an innovative role-playing system. We had gained experience working on games and software, but we couldn’t imagine what it was like to create an entire game ourselves. In terms of finances, experience and free time, it seemed impossible. Development stopped before it ever really began.

The MMO idea was always doomed to fail, but it left us with some important things:

The MMORPG itself was to be called Interbellum. The word is Latin or French and means "a relatively quiet period of time between two wars." It wasn’t a common word, we liked the way it sounded, and it was easy to find in Google as long as you could spell it.

Our next project was simpler. Looking at the already finished Bravada, one can say that we took inspiration from King's Bounty, Azure Dreams, Brigandine and other games. Some people see roguelike elements and even Tetris in it. All this is true, but the base was an older game called Battle of Tiles. We decided to take its unusual combat system, add our own ideas and develop it into a full project.

To madness of the brave we sing a song

We focused on creating something between a huge title and a simple game. We were also focused on how the game would look and feel, so it would appear to be its own game and not just something made up of bits and pieces of other titles. We wanted all the elements of the game to work together.

We had almost everything we needed. After all, we were a real team of three people:

What more do you need!? We were still ignorant of the realities of development.

Of course you need much more. Someone needed to write the script, text for everything in the game, English translations, music, sound effects, special effects, website creation, support for the game post-launch, the writing of various texts and emails, create a database of contacts, test the game, edit its balance, test it again. Creating a game requires dozens, if not hundreds, of tasks both large and small. A three-person team means that everyone must do many jobs.

We had to quit our jobs and devote all our time to Bravada. Relatives and friends didn’t understand us then, and I'm not sure if they understand now. After all, we come from a small mining town where if you are under the ground loading coal into the trolley with a shovel, that’s a normal job. But making games — well, it's like collecting stamps or going fishing. It’s not something you do instead of a "real" job.

But the deed was done. We exchanged our salary for time. We had a room, two computers, a laptop and slow internet. And that was enough, because we became a real team.

All developers dream that you just imagine your game and it will somehow be created on its own. Development itself is a pretty dull, laborious affair. All the buzz is in inventing all sorts of features, as well as how imagining how everything will work. But this nice job takes about five percent of the time. The remaining 95 percent is hard work. And when you do not get paid for that, as in our case, you need to force yourself to do that work.

The most important quality for a game developer is perseverance. If you keep working, if you keep learning, at some point the game will be finished. It sounds simple, almost stupid, but it’s true. You have to be willing to constantly learn new things and work on your abilities, and you have to be willing to compromise with your team. You’re working toward a final goal: The release of your game.

We made the game by sitting down and doing it. If something did not work, we redid it. When there were problems, we solved them. Programmer wrote the code, designer made ​​levels, and I created graphics. The remaining tasks were divided as well as they could be.

At some point Bravada became good enough that it was no longer shameful to show to people. Then, we created a demo version of the game and released it on Greenlight. The start was terrible. People did not like our clumsy English in the description of the game and many voted against it. It was a long process, but speaking of Greenlight ...

Greenlight, the great and powerful

You can get onto Steam in three ways. I will list them below from easy to hard:

The only problem is that indie developers are already doing so much it’s hard to find the time and energy to promote the game, but it remains one of the most important parts of the process. It’s vital to attract people to your page on Greenlight and convince them to vote "Yes." You can cheat a bit by offering free copies of your game for positive votes, and there are sites and groups that might help with this, but we were able to do things the right way, even if it took a bit longer.

We also made a few mistakes along the way.

In fact, the game is 95 percent what we wanted it to look like and, in some ways, even better. We are very happy that we managed to bring the project to end; most who have tried it like it. And today, remembering how it all happened, I doubt that we could avoid the mistakes that we made. Nevertheless, here's a list of the most important of them:

These are lessons we’re going to take to heart on our next project. The only problem is that project may never come, as there is a civil war raging in Ukraine.

Bravada was around 95 percent done when Ukraine descended into war. We were far removed from the politics and didn’t know how things would turn, but it soon became impossible to ignore. There has been little water in our hometown for two months and little medicine in the stores. Mobiles phones barely work. Somehow the internet remains, but it’s hardly optimal. Still, it feels like a miracle that it’s here at all.

Our team has been scattered; our designer went to Russia for a bit after a missile hit near his house and killed several people. Our programmer had to send his wife and young child to another area to her parents, where it is calm and they can find baby food, not to mention water.

Ukraine had the 10th largest economy in the world in 1991. It had nuclear capability, an excellent industry, a good education system and the world's best fertile soil.

Now, only the fertile soil is left — people running around, pouring their blood on the soil, hoping they can grow something good.

Ukraine is a good country. Not too rich, but it was possible to live in peace. Twenty-three years after the collapse of the Soviet Union there were no wars, and we were proud of that fact. And today, all of us should be very ashamed because of the fact that we are killing each other. For the fact that we are stupid and have forgotten how well the principle "divide and rule" works. It is difficult to describe our problems briefly, and this is a story about video games.

Our country got in the sight of the interests of the big political players. These players fanned the smoldering internal conflicts and the war broke out. There may be people who benefit from this situation, but it sure isn’t the people.

How does this impact our future? I’m not sure what to say. We are fortunate to still have internet. Nothing is possible without a link to the world. We were also lucky the content was finished; it would have been hard to work on something with merry dwarves while fighting was taking place outside.

It’s hard to joke when the man you played basketball with as children is being buried a street over. It’s impossible to think of games when your loved ones are far away from you, and you can not always know if they are fine. Hard when you think about the future and there is little reason for optimism.

There has been a formal truce for some time now. That means that the shooting and bombing happen a little less. The phones came back, and I can call my parents. There is still a feeling of anxiety, but a bit of hope has returned.

The game is finished, available on Steam and anyone can look at what we spent two and a half years of our lives for and where we put the soul.

"Hey, but what about the Oldsmobile?" you ask, remembering the title. Just go to Google Images and type in word "Bravada." Somewhere on the 76th page will be a picture of our game.

Every day I go to Google in the hopes that someone wrote about our game, but I see the damn SUV. Let’s hope this story fixes that.