I know what developer Primal and publisher Namco-Bandai are saying their new game Supernova is — a MOBA in the vein of League of Legends and, to a lesser degree, Dota 2, but with an real-time strategy twist.

Even with an alpha client for the game releasing today, I'm not close to understanding what Supernova is going to be, or, if you'll allow me, "who" it is.

According to Primal studio director Zoltan Zsuffa, the Hungarian studio (based out of Budapest) started work on Supernova in 2012, at which point it was a more conventional kind of real-time strategy game in the vein of Starcraft 2, with an emphasis on base building, armies and commander-style hero units. As League of Legends came to dominate the PC landscape and redefine eSports globally, Supernova changed, pushing its focus toward those hero units. But it hasn't left the armies behind.

The basic structure of Supernova doesn't deviate from MOBA conventions. Each team has five players, each of whom selects a hero to take into battle. Teams start on either side of the map at their respective bases, and each side of the map is connected by three lanes, and half of each lane is defended by each side's towers. Heroes take new abilities and become more effective as they level up over the duration of the match.

I know what Supernova is, But I don't know 'who' it is

Where Supernova stakes its most fundamental claim to something different is the concept of creeps. In League of Legends, Dota 2 and their brethren, each base spawns AI-controlled units called creeps into each lane. These creeps attack down each lane more or less the same way over the course of the match, becoming slightly more powerful over time, but remaining largely the same.

This is not how it works in Supernova.

Instead, each player can choose from a variety of units to build, which can change and be upgraded. Once these have been selected, they make their way down the lane on auto-pilot. You can't micromanage these armies, but there's far more thought involved in their composition than other MOBAs, bringing Supernova back around to those RTS origins. There's also no item shop. Instead, you gain points to level up specific attributes for your commander and purchase masteries that can also be improved. 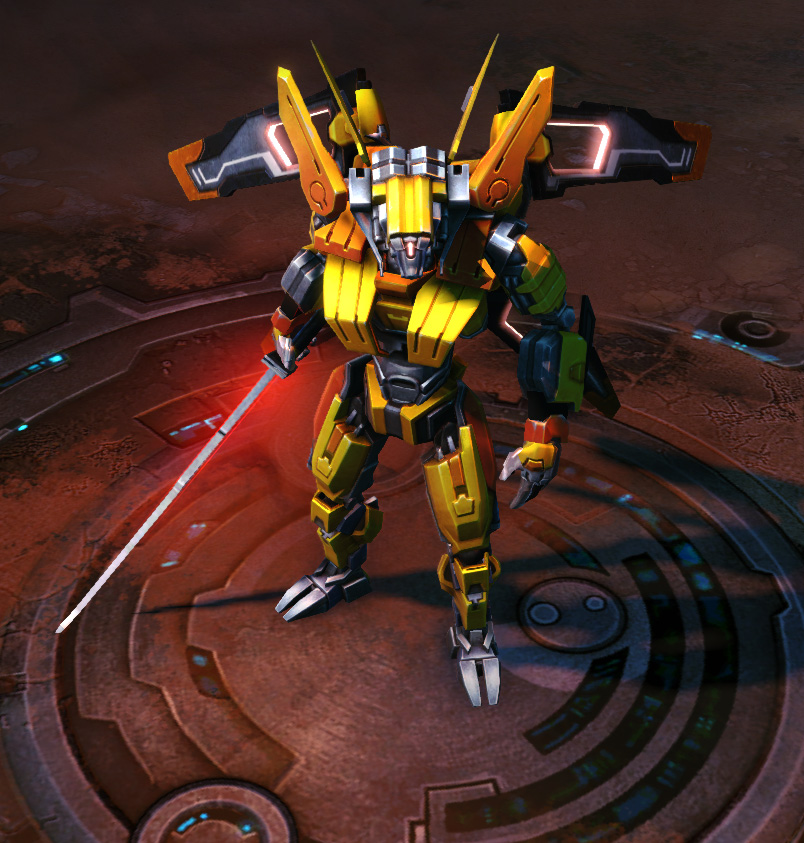 In my time with Supernova, the difference in creep approach didn't become apparent early on. At first, battles look much like they do in other MOBAs, with heroes playing cat and mouse around towers, looking for openings to score hits and harass their opponents while avoiding ganks from elsewhere. But as matches progress, the AI-controlled waves developed into massive forces more than capable of taking on almost any single hero in short order, and end-game battles look like base sieges from other sci-fi RTS games.

As a sidenote, this development indicated — to me, at least — some semblance of a comeback mechanic in Supernova. In my second game, we were up almost forty kills to the other teams ten or so, and still had to scramble to defend our base against a massive army in the bottom lane. It's easy to forget those AI units early on, but later, they can turn the tide in a big way.

Other interesting ideas include explorations of the "jungle" mechanics from other MOBAs. There are still "camps" of neutral monsters between Supernova's lanes that can be killed for additional experience and resources, if your hero is up to it. But you can also claim certain camps by sitting inside of them for a set amount of time after its former occupants have been eliminated.

Moves like this make me more interested, as they force additional tactical considerations of give and take. To gain benefits in one place means a lost opportunity elsewhere. The interplay of hundreds of small decisions and actions on the overall match is one of the most compelling aspects of the genre, and I'm all for more of these decisions from one moment to the next.

But Primal is making decisions of their own that give me some pause. Last-hitting — where you get the last hit on an AI-controlled unit that results in its death, which in turn gives a bonus amount of gold/experience — has been minimized considerably, giving what appears to be only a slight XP bonus. Also, Supernova's lack of an item shop makes for characters that, based on my very, very limited time with the game so far, are less dynamic in their possible abilities than a game like Dota 2, where dramatic improvements in mobility, new burst damage, or even powerful disables are just an item purchase away.

And it's not like you don't have to return to your base — stat increases and mastery purchases can only be completed at home, away from combat.

As a Dota 2 player, there are some concessions to League of Legends I also find less appealing — like persistent character upgrades that do have an effect in-game, though to what amount isn't clear yet. The character system will likely be similar to League of Legends as well, with a rotating roster of free characters, and others who can be purchased outright or unlocked with in-game currency earned from playing over time. I do like Supernova's approach to cosmetics though, which allows crafting these purely aesthetic items via components earned through play.

I've written around 800 words talking about Supernova so far, but I have to circle back to my initial confession — I just don't know what the game is yet. It's a sci-fi themed MOBA with RTS elements, I get that much, but after two games, I can't honestly say I have a grip on how its characters interact with one another. I don't know what its teamfight dynamics are. I don't know what its philosophy is on player positions, and the absence of items makes the concept of support players and carry roles muddy in my mind.

Even more specifically, I've played two characters, total. I can't tell if some heroes are stronger against others yet, in what ways, though I did especially like that the pre-game lobby hides what heroes the other team is picking - this is aided in part by the ability for both teams to pick the same heroes. Apparently there's enough Slith — a commander in Supernova — to go around. This seems likely to mitigate the rampant counterpicking in games like Dota 2.

But I don't know that, because MOBAs are incredibly complex titles with rapidly shifting metagames. So far, all I can tell you is what I told Namco-Bandai and Primal employees at the event when they asked me what I thought so far — that Supernova was familiar enough to me to navigate and even enjoy right away, aside from a user interface that still feels early. The unit tactics could be a real point of distinction for Supernova, but the ability to have the game auto-determine that — and leveling in general — will hopefully keep it from being too overwhelming for new players. Maybe. But it's too early to tell.

Note: While Supernova is being developed by Primal, it's being published by Namco-Bandai games. A friend with whom I regularly play Dota 2 is a community management rep at Namco-Bandai, and was in attendance as an employee of the company at the Supernova reveal event I attended on Tuesday, February 24th. This individual is not actively contributing to the development of Supernova.

Namco-Bandai also contracted Aaron Chambers, a professional eSports caster better known as Ayesee, to present and cast matches at the Supernova event. Aaron and I have shared several hugs and conversations prior to this event. Additionally, Namco-Bandai provided gaming laptops to press to play the game on at the event in question, and allowed those press to take them off-site on loan for additional coverage of Supernova. Polygon declined to take advantage of this offer.