Watch the beautiful, terrifying, fantastic introduction to We Happy Few

Share All sharing options for: Watch the beautiful, terrifying, fantastic introduction to We Happy Few

We Happy Few's first trailer debuted this week, and it's simultaneously beautiful, intriguing and horrifying. That's probably because of the drugs.

Press play above to watch the weird world unfold — and we suggest you do that before you read the rest of the story. Go in blind for maximum impact.

"We Happy Few," developer Compulsion Games writes, "Is the tale of a plucky bunch of moderately terrible people trying to escape from a lifetime of cheerful denial. Set in a drug-fuelled, retrofuturistic city in an alternative 1960s England, you’ll have to blend in with its other inhabitants, who don’t take kindly to people who don’t abide by their not-so-normal rules." 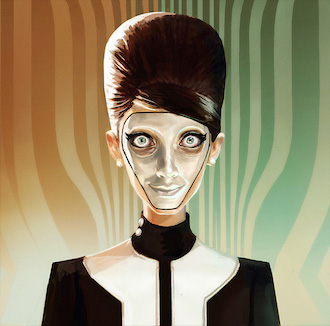 Compulsion's previous game, Contrast, was released alongside the PlayStation 4 in late 2013. We Happy Few doesn't have a release date, but the developer will show it off at PAX East in Boston next week.

Throughout We Happy Few's creation, the developer will be asking for input, based on lessons learned making Contrast.

"We’re showing WHF way, way earlier than we showed Contrast," community manager Naila Hadjas wrote in the game's forums. "One of the things that we realized on releasing Contrast was that community feedback is awesome. There were so many great ideas that you guys came up with after Contrast’s release, and we just couldn’t help but wonder what the game would have been like with your input from the start.

"With WHF, we’re doing things differently. Starting at PAX, we’re going to be opening up development to people who want to get involved. This means getting people playing the game early on, and pushing out constant content updates based on community feedback. We’ll release more info about this as we finalize our plans over the coming weeks."