Sex, drugs, violence and laughs: Power/Rangers was supposed to be funny

Share All sharing options for: Sex, drugs, violence and laughs: Power/Rangers was supposed to be funny

Well, because A) children who were culturally aware in the '90s are pushing 30 now, and B) it reimagined the Power Rangers as adults with messy lives full of drugs, murder and gratuitous hot chicks in the background making out with each other. The short quickly came under legal fire from Saban, Power Rangers' parent company, officially re-emerging almost a week later with Saban's blessing and a disclaimer of intent.

I spoke with Shankar about Power/Rangers, parody and the nature of the gritty reboot trend itself. If you're alive and have been consuming media for more than a decade, you know the gritty reboot. Tell a popular enough story for all audiences, wait two decades (give or take) and the generation who grew up on it will exhume it for reexamination. It's even hit the mainstream as a sort of mini-genre all its own, from Transformers to Tron to The Teenage Mutant Ninja Turtles.

Shankar has his own ideas about why we're seeing this trend now. 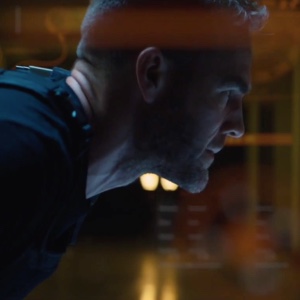 "I think something has changed in society, and I can't really put my finger on it. But I distinctly remember when I was younger my dad would tell me stuff like 'Aw, I used to watch that when I was a kid.' Almost with a sense of embarrassment. And I got that from a lot of older people. Even when I would hang out with older cousins or people a generation or two older than me. It was almost this element of 'Oh yeah, I liked that as a kid, but now I'm an adult and I'm not into that. Now I need to be an adult, quote unquote,' right?

"What I'm noticing with my generation is we like to hold on to our childhoods. Nostalgia runs really deep with us, and I think part of it is the world has changed so dramatically since the ‘90s, it's almost unrecognizable. Also, technology gives us access to so much, so quickly, that we can actually escape our childhoods for a period of time ... I think the key is not just rebooting it for children, because I don't think what worked in the ‘90s is necessarily going to be something that will resonate with children today because, again, the children today are into different things. I think it's finding the lens in."

And the lens that Shankar's currently using is the gritty reboot, though it's clear that he's not taking himself — or the story matter of, say, Power/Rangers — entirely seriously. 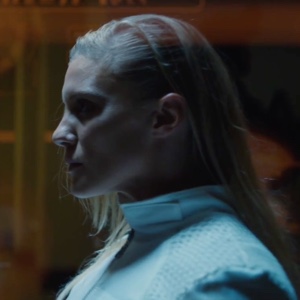 "Doing Power Rangers dark and gritty and violent — it's supposed to be funny. Ultimately, it is what it is, it's a parody. And I think the best way to poke some fun at something ... comedians do this all the time, comedians find humor in real life. The truth is funnier than just slapstick comedy, right? So the idea that these kids are actually child soldiers: it's true, but funny! It's like the most popular show in the ‘90s was a show about child soldiers. True! Much in the same way that kind of our most iconic spy character is really a serial killer who's an alcoholic, a womanizer, completely reckless and has mommy issues. Kind of funny!"

Shankar's attitude towards the relative seriousness of Power/Rangers stands in contrast to that of its director, Joseph Kahn. "What I really want to accomplish when you watch, is you should really take it seriously. There's nothing playful except for maybe ... a few little like motivational character [things], interactions and stuff. Overall, it's a very serious thing," Kahn told HitFix when the short debuted, began amassing its staggering view-count, and attracting the very serious legal attention of Saban. [Update: Kahn took umbrage with this characterization, saying that he and Shankar "are in total agreement it's a parody."]

Of course, as Ben Kuchera discussed, stressing that your possibly infringing short is a non-serious parody is a decent legal strategy. While Saban and Shankar reached an agreement a week later that got it back online, my interview with the producer took place mere hours from the release, and subsequent MGM take down, of the next entry in the Reboot Universe series, which has previously included takes on both Judge Dredd (Shankar was executive producer on the Karl Urban-led official blockbuster) and the Punisher. In Service of Nothing is a nihilistic animated take on a retired James Bond, and doesn't seem likely to be as legally lucky as Power/Rangers. I'd already been informed that Shankar would not be answering questions about the Bond short or MGM, and he became notably more reserved, even dispirited, when the future of the Reboot series was brought up.

"You know, after the day I'm having I'm kind of calling the whole thing into question. To tell you the truth. So I apologize if I come off as evasive at any point. There are obviously so many properties or — not properties — so many characters and so many archetypes and so many mythologies that I think are just ripe for parody and reexamination."

He also declined to comment on Saban's take down of Power/Rangers.

Shankar brightened right up again, however, when I hit him with my final quick question: Comic relief robot Alpha 5 had been noticeably absent from Power/Rangers. What was the character's fate in the Reboot Universe?

"Oh! He debooted himself. I mean, he committed robot suicide. Powered himself down. He couldn't take it anymore. In that world, his friends are all gone, right? And some of them have become turncoats." He then went into a short digression about the relative coolness of an all-Power Ranger civil war, with hundreds of rangers from all generations on each side. It was impossible to disagree: it sounded pretty cool.

If Shankar's playing a part, he's doing a pretty decent job of appearing to be just what he says he is. "Instead of writing fan fiction, I'm making it as a video," he says. "I'm a nerd who sits at home and just thinks about this stuff."