Roundabout, a quirky indie game about driving a taxi in the year 1977, was re-rated by the ESRB to an M from a T, the creators said on their blog this week.

No Goblin, the game's developer, said the ESRB changed Roundabout's rating to M because of "the volume of blood" shown in the game.

Roundabout's original release was in September on Linux, Mac and Windows PC. It launched on Xbox One Feb. 20. The PlayStation 4 and PS Vita editions are due soon. 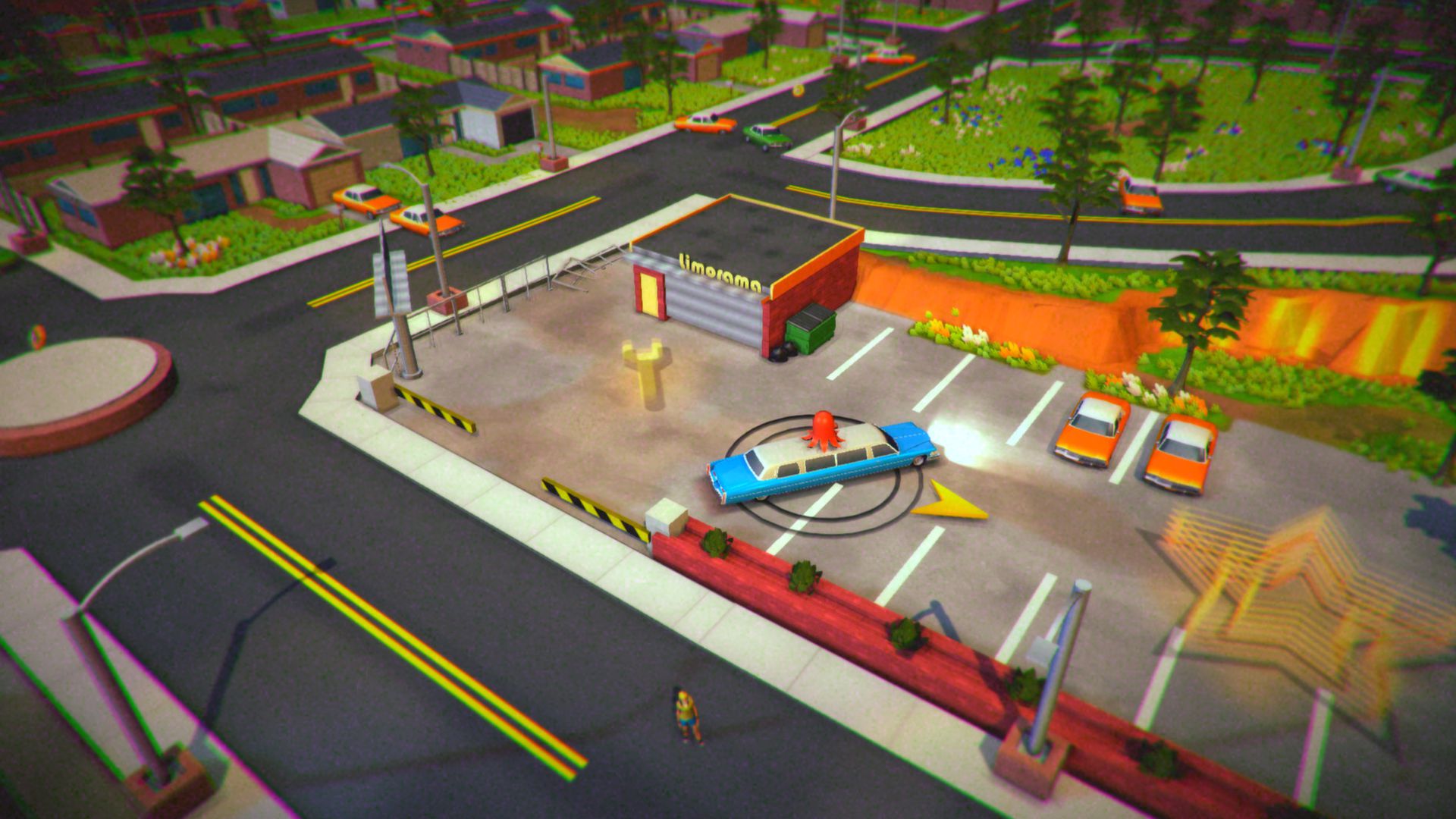 Meant to be a wacky game about delivering fares in an out-of-control limo, Roundabout features car crashes, explosions, dead pedestrians and other calamities. The developers noted that the M it got, ostensibly for the blood, makes it a bloodier game than Dark Souls 2 (which is rated T.)

"Thankfully, we are considered less bloody than Manhunt 2 (rated AO)," notes No Goblin.

They seem peeved also by a content descriptor for "use of drugs," that is tied to candy dots, which the protagonist consumes in order to see a specific character. Joking drug-use dialogue accompanies this, but No Goblin insists he's eating candy.

PEGI, the ratings authority for the U.K., double checked to make sure the virtual substance was in fact candy, and "was fine with this," No Goblin wrote. But "the ESRB feels that this joke setup implies that the candy dots are a serious drug.

"We're obviously not looking to glamorize drugs, but if you are looking to get your hands on some candy dots, Amazon sells them by the pound for $13.99," they note.

Roundabout brings together many components — full-motion video, driving mechanics and puzzle themes — in a game about driving a limo in the anything-goes late 1970s. Polygon scored its PC release a 7.5, calling it "a goofy game that requires serious skill."

Disclosure: Roundabout includes voice-over work from Polygon editor Justin McElroy. He was not compensated for the contribution.