The key to a happy relationship? Maybe it's Borderlands

Share All sharing options for: The key to a happy relationship? Maybe it's Borderlands 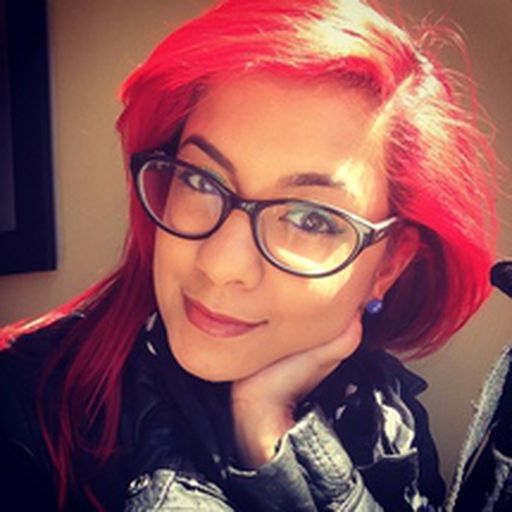 My husband and I were married on February 29th, 2008, after seven years of dating.

That first year of marriage was tough, as I often heard it would be. He worked nights, I had a regular nine-to-five job as a secretary at a college. We barely had time to sit down to a meal together, much less game together. If we were on the same console, it was often couch co-op with our friends.

Otherwise, he’d be on Counter-Strike, and I would play World of Warcraft with my guild. Every aspect of our lives involved our separation. Regular life was already keeping us apart, gaming should help with that problem, not continue the trend. We had to find a solution, and that solution was...

A quick note: I wrote this while sitting with my husband on the couch, so I was able to ask him about his feelings as I went. His answers are shown in italics. Honey, how did we even hear about Borderlands in the first place?

We were walking around GameStop looking for a game we could play together on the same TV. Coming from Counter-Strike, I was into first-person shooters, and you were into RPGs. This game seemed to combine both elements in a stylish and colorful fashion while letting us play splitscreen on the one CRT we had at the time.

I immediately gravitated towards Lilith. She had red hair and tattoos. She spoke with confidence. She was the closest thing to a mage I could be, and I liked setting as many things on fire as possible. I was so inspired by Lilith, I began dipping my toe into cosplaying as her and modeled my asymmetrical haircut after hers.

Roland had guns. Lots of guns. I also don’t have an affinity for supernatural abilities. As far-fetched as a portable turret is, it was the most tangible asset of any of the characters in the game.

Imagine our surprise and delight when our accidental ‘ship became canon in Borderlands 2! We ended up reprising our roles as siren (Maya) and soldier (Axton) and worked our way through three playthroughs and all of the DLC. Axton’s call of "Say hello, beautiful," while referring to his turret, ultimately became my text tone for Evan. Still is.

We came from such different gaming backgrounds that Borderlands helped us both round out our knowledge of games. He was learning the very basics of building a character.

I had to study my skill tree extensively. I wasn’t used to planning my character’s advancement, skill buffs, stacking of said buffs — it was something I’d never thought about. What I lacked in RPG know-how, I made up in basic FPS skills.

I, on the other hand, wasn’t at all familiar with the concept of reloading under cover, basic flanking maneuvers or anything other than spraying and praying. For every time he’d implore me to not keep running around with a mostly empty clip, I’d yell at him to not pass up a loot crate, mailbox or locker.

Between our Borderlands success and my stint as a Frag Doll Cadette for Ubisoft, I became a more confident player. I ventured into Battlefield 3 and found that Evan and I made a great team — him piloting a helicopter, me keeping said helicopter afloat with my engineer’s blowtorch.

Running around the Aperture Science laboratories and solving puzzles as robots Atlas and Peabody was the most fun and sometimes tedious profanity-laced thing we shared.

Our setup grew to reflect our new passion for co-op. In addition to our PC, we now have two Xbox Ones, a Wii U, an NES, an Xbox 360 and two televisions, side by side.

We’ve since turned our attention to the Xbox One version of Minecraft. We downloaded it on a lark, and we ended up spending several hours on our first and subsequent playthroughs. The most impressive part is being in the same map, in the same world, but having completely different play styles.

I have developed an in-depth and calculated mining operation at bedrock level, continually finding resources that "we don’t need right now," according to Elisa — but damn it, woman, stop throwing your cobblestone in the lava…

I played the role of cartographer on the surface. The Xbox One version of Minecraft is, at its largest setting, five maps by five maps. I’ve taken the liberty of discovering each map block and drawing them out on graph paper, outlining some of the biomes and marking points of interest. It’s fascinating to see how his mind works in Minecraft compared to mine — the things he finds important, his systems for dealing with lava...

Even games that aren’t necessarily meant for co-op, like The Stanley Parable, Gone Home, and Telltale games — we’re constantly looking over each other’s shoulders egging each other on to make this choice or that one.

And I’m not the only one branching out into other genres, like FPSes. I distinctly remember Mr. Anti-Fantasy taking a crack at Skyrim.

It was a dark day in Riverwood. Let me go back — I spent the entirety of the first dungeon carrying around the corpse of the first person I killed by the ankle. I was excited you could do this!

I carried said corpse to the outskirts of Riverwood, where I left him in the bushes, as I did not want to be that weird guy who just shows up to dinner with a dead body. Upon meeting my first family in Riverwood, I made sure to meet everybody I could, go through every piece of dialogue — actually try to give the game the attention it clearly deserved. I resisted every urge to steal bread.

But, upon turning to exit the house, I inadvertently maced the face of the youngest daughter. I tried to explain — to my television — that minors were not programmed to be able to take any damage. Her family seemed perturbed nonetheless and proceeded to beat me. So, I immediately turned around and left.

He was not aware of the auto-save that happens when you leave a place. It was too late.

When I went outside, the family chased me and continued hitting me. I’m far too proud for this. I proceeded to murder every animal and person in Riverwood for the next five minutes, all the while figuring I could just load my most recent save and have a do-over.

Yeah. Not so much.

I had to turn the game off and never play it again.

After that, I hesitated to have him try out a character in any of my fantasy realms. I don’t think Azeroth or Thedas could handle him. By the same token, I highly doubt he’d trust me with one of his ships in Elite: Dangerous — for good reason. Even as I write this, though, he’s teaching me the controls — so, there’s hope for that universe yet.

How did this change us?

We never run out of things to do together. There are never any stereotypical "married people staring across their lukewarm coffee cups in silence at each other" moments.

Although, I do love a comfortable silence.

Now our comfortable silence is filled with automatic gunfire.

There were a couple of choice gameplay experiences that completely opened up new lines of communication and better understanding. Gone Home is a great example. I wrestled with my bisexuality in high school, in the context of this exact long-term relationship — and we’d, of course, talked about it.

But playing Gone Home took me right back to high school and wrecked me for an entire afternoon. I wanted him to play it, experience it, and maybe gain another level of understanding.

The only thing I made her tell me about it was that I wasn’t being set up for some huge jump scare. After that affirmation, I demanded that she stayed up so she could see me finish the game in one sitting. I feel like it gave me a chance to put myself in your 15-year-old shoes.

While I was around for your coming out as bisexual to your parents, I wasn’t mature enough to grasp the emotional load you were under. It’s very telling for me that some form of entertainment medium, that I can plow through in two hours, can give me a better understanding of someone I’ve spent the last 14 years of my life with.

Most recently, Dragon Age opened up some conversations. I apparently have...a type.

It took me eight hours of watching her Inquisitor seduce Iron Bull to realize that she had gravitated toward the only NPC that had strong feelings about spiced nuts and cheese dip...

I ended up — unintentionally, mind you! — seducing the most available facsimile of my own husband. Evan calls me by my last name in a formal fashion. Iron Bull calls me "Boss." They’re both obsessed with food and hate stuffy formal occasions. And the sex scenes! Well. Let’s just say that opened up a whole new wheel of dialogue with us.

Yeah, not touching that one.

But seriously, though. I feel like me witnessing your thought process while you parse through dialogue, or painstakingly assign skill points allows me to better predict your reaction to real world circumstances — How often you go with your gut on something, or how analytical you can be at times, and in what contexts.

In a way, it’s paradoxical. On the one hand, we found this great thing we can do together as much as possible. But, you acting differently in the same virtual space makes me appreciate what makes us unique from each other, and that we have our own preferences, and that’s okay. We don’t have to shoehorn in time together.

You can play Elite: Dangerous, and I can play Animal Crossing: New Leaf — but I don’t feel like we’re actually worlds apart anymore. With each new experience, we can end up learning more about each other.