Share All sharing options for: Star Wars' Aftermath trilogy will tell us what really happened after Return of the Jedi

Beginning this September, the Star Wars Aftermath trilogy of novels will chronicle the events after Return of the Jedi and fill in the blanks between that film and the upcoming movie The Force Awakens, according to a post on the franchise's official site today.

Chuck Wendig (Blackbirds, Mockingbird, Under the Empyrean Sky) will write the Aftermath trilogy, which will include a "sweeping new cast of characters, along with a fan favorite from the films." Today's post includes the Del Ray-published book's setup and poses a series of unanswered questions about the galaxy far, far away.

"The second Death Star has been destroyed," Jennifer Heddle wrote. "Rumors are flying that the Emperor and his enforcer, Darth Vader, are dead. A new government is forming to replace the Empire. But the galaxy is a big place, and the fallout of this cataclysm will affect different worlds in different ways. Does everyone accept the fall of Imperial rule? Has everyone even heard the life-altering news? What rushes in to fill the vacuum the Empire has left? And who will try to stop them?" 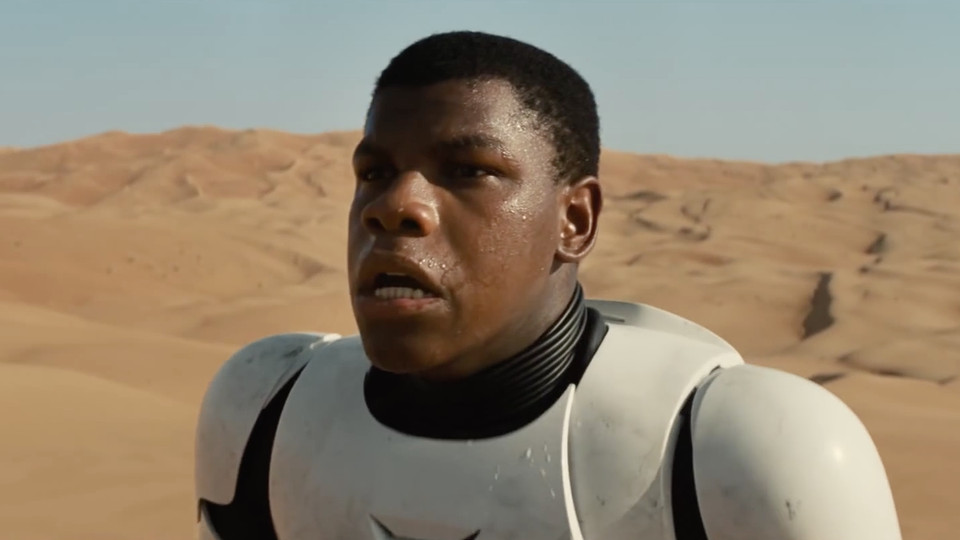 Novelist Wendig is, to put it mildly, excited for the opportunity to contribute to a franchise he's long been a fan of.

"My earliest — and still one of my best — movie-going experiences as a kid was being a four-year-old watching The Empire Strikes Back at a drive-in theater with my sister," he wrote in the post. "My jaw dropped and I don’t think I’ve found it, yet. Those movies opened up a world for me, and my love of storytelling comes from them and from the galaxy of smaller, connected stories, too — from the toys to the games to the books. In fact, one of the first novels I ever read was the novelization of A New Hope. I have a son who will in a few short months be my age when I saw Empire, so to be involved with the Star Wars universe just as the new film is coming out — it feels like not only something akin to kismet, but a great and powerful privilege."

Aftermath will be part of Lucasfilm's "The Journey to The Force Awakens" initiative, which will include about 20 books this fall that span from children's books to comics and novels. Some will give readers "hints" about The Force Awakens and "subtle clues about what happened to our heroes in the months following the Battle of Endor," which was depicted in Return of the Jedi's climax.

In the macro, Aftermath will take place within Lucasfilm's retooled Star Wars canon. For decades, artists and writers contributed to the Star Wars Expanded Universe, with stories generally set after the events of Jedi. That didn't pose any particular problem, given that those stories took place after the final chronological Star Wars film.

Series creator George Lucas sold his empire of companies to Disney in October 2012. Alongside that news came the announcement that Lucasfilm would produce a new trilogy, starting with Episode VII, later revealed as The Force Awakens. Given that a host of products told stories set after Jedi, Episode VII's existence created a canonical crisis within the Star Wars universe. What do you do with all of those stories?

In April 2014, Lucasfilm President Kathleen Kennedy announced the formation of a story group that would oversee Star Wars canon that spans comics, games, TV, films and more. The Expanded Universe was rebranded under the "Legends" title. Aftermath is part of the newly codified canon, consistent with the events of the original trilogy, the prequel trilogy, the Clone Wars cartoon and the upcoming trilogy.