How The Walking Dead became irresistible to advertisers

Share All sharing options for: How The Walking Dead became irresistible to advertisers

The Walking Dead isn't just a big show, it's a massive show. And it has been for quite some time.

"Even with a much-awaited reunion with a character from seasons past and much more, one of the best things from last night’s Season 5 finale of the AMC zombie apocalypse series The Walking Dead had to be the 'Oh sunshine, you don’t get both' line from Melissa McBride’s Carol to Andrew Lincoln’s Rick," Deadline.com reported.

"Well, when it comes to ratings, Sunday’s 90-minute season ender did in fact get both, with total viewership and adults 18-49 results hitting finale records. The Walking Dead drew 15.8 million viewers last night, with 10.4 million in the key demo."

Variety has more good news for the show's ratings; they're both huge, and steady.

"For the season, Walking Dead averaged a 7.3 rating among adults 18-49 and 14.2 million viewers overall in same-night ratings — increases of about 10% vs. 2013-14 and up about 30% vs. 2012-13," Variety reported. "It’s easily the television season’s No. 1-rated entertainment series in 18-49, averaging about 2 million more viewers in the demo than The Voice and about 3 million more than Empire, according to Nielsen’s 'live plus same-day' averages."

AMC doesn't just have a huge hit on its hands, it has a huge hit that's remarkably easy to sell to advertisers. The finale was positively awash with huge trailers and ads.

There was a new Jurassic Park trailer. There was a trailer for the Poltergeist reboot. AMC itself used this opportunity to release a trailer for the spin-off Fear the Walking Dead, and there was not one, but two new trailers for the upcoming Halo 5: Guardians, one of which gave the release date for the game. There was a Terminator: Genisys trailer.

The Walking Dead didn't just have great ads if you're a fan of genre fiction, it had ads that became their own draw, and were newsworthy in their own right. Brute ratings numbers are one thing, but The Walking Dead has an incredibly attractive audience for advertisers peddling their own supernatural or paranormal shows, or just a heavy hook in action and science fiction.

Since franchise genre work is such a big hit in Hollywood right now, not to mention the obvious gaming crossover, The Walking Dead has become one of the best places to get people excited about your product on television. 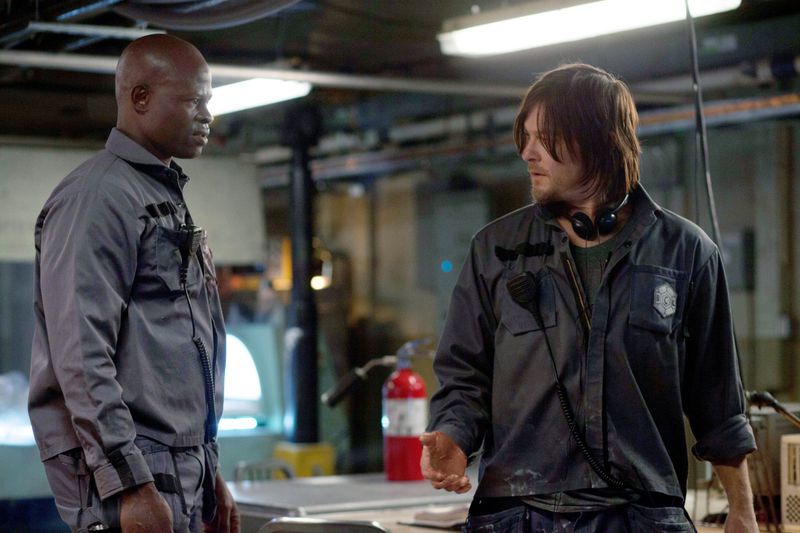 The Kirkman Effect: How The Walking Dead could reshape entertainment

It's also a huge, culturally relevant hit that's on a basic cable network, which is why it's able to bring in such huge numbers. This isn't HBO, which doesn't need ads, nor Netflix, which is also operated based on subscription earnings. This is a show that many, many people can and do watch, and it's heavily discussed online and off. That makes it kind of an endangered species in the modern genre market: A show with a huge following in a key demo that isn't gated behind a subscription channel or service other than standard cable packages.

It's not shocking that AMC is working on a spinoff series. This is a show that delivers the gift of a large audience that's very easy to sell to advertisers, and it looks like AMC will continue to be able to deliver that audience for a good while. The Walking Dead is already a fine show, but it looks like science fiction and gaming fans will look forward to some equally interesting ads during the event episodes.