Amazon shows the best or worst of in-app purchases, depending on where you stand

Share All sharing options for: Amazon shows the best or worst of in-app purchases, depending on where you stand

Depending on your point of view, a GDC presentation about the best ways to design in-app purchases for games can either be a practical guide to generating more income for developers, a way to serve players by giving them what they want or a somewhat horrifying lesson in the worst ways to make a game and extract the maximum amount of money from players.

And so it was that a room full of developers gathered to hear Amazon's developer evangelist, Mike Hines. He and Amazon studied the strategies in the top 50 apps that use the in-app purchase model and presented what they learned to a crowd of developers.

To be clear, there was nothing even remotely cynical or nefarious about the talk or its presenter. He operated entirely under the assumption that developers were already making games with in-app purchases. At no point did he suggest that those in attendance make freemium games instead of games where players pay up front. Instead, he took it as read that people either wanted to create or had already created these kinds of games, and that they were inadvertently earning less than they could be, if they only just followed the lead of the most successful apps.

Those developers, the thinking goes, have already figured things out. And by listening to what he had to say, those in attendance can learn from them.

It was a talk about the "really successful things," Hines said, that the best performing developers are doing. And he didn't excuse himself from that list. His apps aren't up there at the top, either. He meant no offense. This was about helping. Hines said he wants everyone to make "just a little bit more money" with in-app purchasing, which would be a "huge win" for all developers.

So Hines looked at 50 users of the top 50 grossing games that offer in-app purchases and cross-referenced them with comparable users of games that did not rise to the top of the charts. By analyzing 100 users and 100 games, he found that there was much to learn.

By all indications, he seemed sincere and genuinely excited as he framed the discussion around what the top 50 apps do with in-app purchases that "the rest of us don't." Several dozen developers were in attendance in the nearly full auditorium in Moscone West, a clear indication of interest. And developers' cell phones were perhaps the most obvious sign that they trusted Hines' methodology. It's not uncommon to see GDC attendees whip out their phones to snap a quick picture of a slide. At Mike Hines' GDC 2015 talk, cell phones were out far more than is typical, as if he was onstage performing a classic rock ballad. 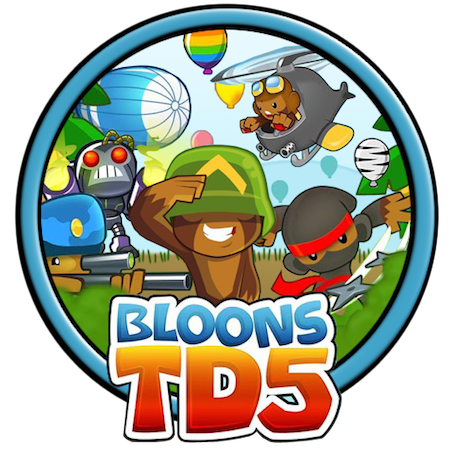 He spoke of his analysis of downloads, session length and sessions per active user. He analyzed the performance over time, learning that the top apps were far better at retaining users and monetizing their returning visits. Graphs and pie charts appeared on nearly every slide, and developer cell phones snapped picture after picture, as Hines told the story of how, day after day, the top apps outperformed their competitors. They offered new and different items. They made purchasing easy, with as few taps as possible. They communicated the value of in-app purchases, showing, for example, that purchasing with larger dollar amounts would get them more bonus goodies. They catered better and more specifically to returning users. The message was clear: This is what the best of the best do, and those in attendance could learn from them.

But, of course, for a certain segment of the gaming public, games with in-app purchases — typically, games that are free to download and play but that offer players ways to buy in-game items for real money — are steeped in stigma. The worst of them, whatever their percentage of the total, get held up as totems, warning potential players of schemes that induce players to pay to win.

You can thank the iPhone for the freemium revolution. At least indirectly. Apple didn't tout or force the model, but it rose to prominence in the wake of the iOS App Store revolution, and developers like Marco Arment (Instapaper, Overcast) infer Apple's preference for cheap software. Customers and the market declared their preferences in the Amazon App Store and Google Play, too. Many of the top grossing apps on every app store that followed Apple's lead have earned their way to the top with in-app purchases.

Hines' final example is a perfect illustration of choices that developers have at their disposal and the divide between those who accept and reject the in-app purchase model.

Amazon's developer evangelist is a self-professed tower defense fanatic, and one of his favorite games is Bloons Tower Defense 5 by developer Ninja Kiwi. In the game, which he recommended that everybody get, players control a series of monkeys, who have to throw darts and pop balloons. This the standard tower defense formula: Players need to prevent armies (balloons) from making their way through a maze by deploying their towers (monkeys), which are upgradable and can become ever more powerful balloon-destroying machines.

After playing a long level, he found himself in serious trouble.

"As these balloons are working through the maze ... a whole fleet of different colored balloons are about to run out the end of the maze after you've worked for 20 minutes on getting that far," Hines said. "What I want to do is, I want to get a better monkey and put him right at the end to save my level. So I click on one of the locks, and I can't buy anything. I can't buy anything here at all. As a matter of fact, the only way I can buy something in this game is to exit my level, which is a fail, go back to the main menu, go into a store ... and then pick the upgrade that I want to buy for the next game that I'm going to play.

For a certain type of gamer, the idea that you can right your wrongs with in-app purchases will seem odd. In a series like Fieldrunners, an early and popular tower defense game on iOS, this was a familiar situation. You could do quite well, but lose a long game in the final rounds as the enemy army defeated your best strategy. The only option was to learn from your mistakes and try again.

But in a world filled with in-app purchases, it doesn't seem the least bit controversial to Mike Hines to pay to fix his mistakes. He can ask "Are you serious?" with incredulity, because it seems obvious to him as a player and as a developer that this is a choice that players should have. They don't have to be forced into it. But to Hines' way of thinking, why shouldn't it be an option? And from a developer's perspective, why wouldn't they give the option to players who want it and collect the monetary rewards for serving their players?

Hines thinks this is the kind of mistake that developers should learn from.

"Ninja Kiwi, because they do a good job of measuring stuff, figured out that there were leaving a lot of money on the table, and a lot of their players were unhappy because they couldn't get something they needed," he said. "So in their next game, they fixed that."

The then recounted a story about another tower defense game, where a "huge hoard of zombies" was making its way to the end of the maze. He was about to lose. Again.

He tapped on the screen to purchase a nuclear hand grenade with an in-app purchase.

"It says, 'Mike, I'm not going to give you one nuclear hand grenade for $0.99. I'm going to give you three. And here's how you use it: You just drag it over and drop it onto the mass of zombies, and boom!, and it blows up.'

"And you know what? That's exactly what I did. And boom!, zombie mess everywhere, a complete and total messy victory. And I'm so happy I can go in there and click and buy stuff that's what I need right when I need it.

"Apps that do this see 75 percent more average revenue per paying user."

A messy victory indeed, no matter how you look at it.