At this week's GDC, Nvidia held an event where CEO Jen-Hsun Huang presented the hardware maker's newest attempt to move beyond its GPU bread and butter. This time, Nvidia has its sights set on the living room with a set top box simply called Shield. 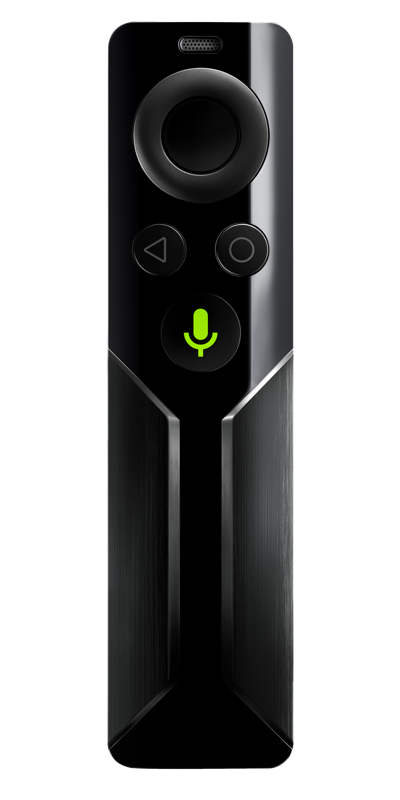 Powered by a 256-core Tegra chip dubbed X1, and running on Google's new TV-oriented offshoot of Android, Shield is looking to be a lot of things to a lot of people. First, Shield looks to be the first natively 4K set top box to market, and it's hooked into Google's Play store for video and music. It leverages Google Now for voice commands via the integrated mic in Shield's included controller or its optional remote. So far, this is where I'm most impressed with what Shield is doing. The interface is snappy, load times seemed quick for content, and Google's TV interface is clean, legible, and offers intuitive features that might actually be useful.

Doom 3. On Android. On a television.

But Nvidia isn't stopping there. Touting the considerable bump in horsepower over the usual Android system courtesy of the X1 processor, Nvidia has initiated partnerships with a number of major developers to port their engines to run natively on Android for the first time.

During my trip to San Jose, Nvidia showed me a custom build of Doom 3: BFG running natively on Shield and let me give it a try. My impressions are mixed. Keeping in mind that I haven't played the BFG edition of Doom 3 since it launched in 2012, I felt like the level of detail and scene complexity seemed reduced. That said, the framerate was a fairly smooth 60hz and the game seemed to be running at 1080p.

On Android. On a television. With a controller.

It's an impressive achievement compared to the expectations I've come to develop over time for Android software, but it's still an optimized version of an 11-year-old game that ran most recently on 10-year-old hardware with the Xbox 360 and PS3. In an allusion to the running joke, Nvidia also showed a limited demo of an Android-native version of Crysis 3, though they wouldn't let me put my hands on the controller for that. In this case, I can't say much. It was a slow scene on a rooftop, and even the action demonstrated on stage a week later with Crytek head Cevat Yerli seemed very contained, scaled back.

Nvidia has leveraged its considerable influence as the number one GPU manufacturer in the PC space to cultivate several of these partnerships. Developers onboard include Croteam with an Android version of The Talos Principle, and at the Shield's unveiling event, Gearbox Software head Randy Pitchford came on stage to show a Shield-exclusive version of Borderlands: The Pre-sequel, though the latter demonstrated a subpar framerate and generally poor performance.

But the Android-specific aspects of Shield seem, at this point, to be tech demos for what can be done with Nvidia's hardware rather than a serious gambit to make Android a viable space for triple-A development. For most core gamers, Shield will be a more appetizing prospect because of its local streaming capabilities. As with Nvidia's other Shield devices, owners of more recent Nvidia GPUs can stream games from their PC to the set-top box over their home networks.

That doesn't seem to be where Nvidia is placing its biggest bets with Shield though. Instead, Shield is being touted as a delivery mechanism for Nvidia's cloud computing platform, Grid.

If this sounds familiar, it should. While every other company at GDC this year seems almost desperately focused on VR, Nvidia's big plans seem eerily familiar — from 2009, to be specific. In a plan nearly identical to the defunct OnLive and Gaikai services — the latter of which was bought by Sony in 2012 and has been semi-reborn as the in-beta Playstation Now — Grid is Nvidia's plan to sell "Netflix-style" streamed gameplay subscriptions to users en masse.

Behind all this is a combination of Nvidia GPU hardware in cloud configurations designed to provide a GTX 980 level graphical experience, built in concert with server assistance from Amazon's AWS cloud hosting service. While Grid offers 720p quality streams at 30fps currently, Shield is scheduled to bring with it Grid+, the world's first 1080p60 streaming service.

The picture quality, resolution and framerate increase are impressive in person — in my time playing streamed titles on Shield, I never once saw a visual artifact or dropped frame that would suggest the games weren't being rendered locally. But that massive jump in quality comes at a considerable cost with regards to bandwidth. For Grid's 720p30 functionality, a connection of 5Mbps is required, and 15 is recommended. For Grid+'s 1080p60 functionality, 15 is required, and a daunting 50Mbps is recommended.

At these speeds, Nvidia seems confident most consumers won't be able to tell the difference between local and streaming play. Nvidia is calling this "streaming in the blink of an eye," and that may be true — I've never measured how long my blinks take. But there is latency, what feels like a lot for 60fps titles. I asked an engineer at Nvidia what their acceptable standard was for Grid+. The reply: 150ms.

When the Nvidia representatives demo'ing Shield ask me how it feels, I search for words. I make equivocations about how hard their job is in this regard, that I know that the laws of phyics and the current state of network infrastructure is against them, and there's not a lot Nvidia can do about that. 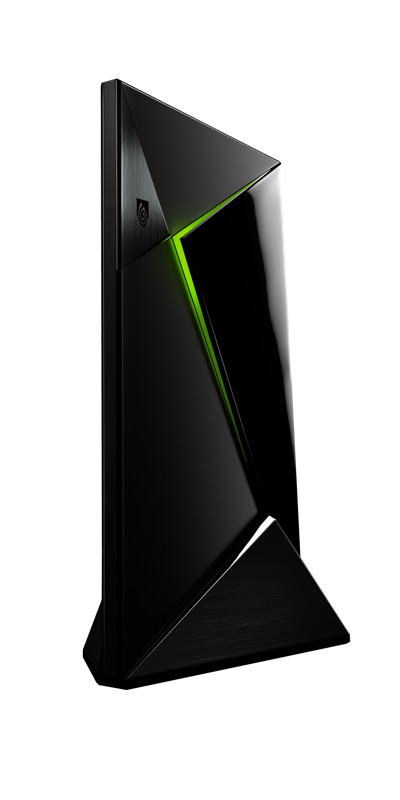 But after a few moments of hemming and hawing, I hold up the controller to the room, look at the engineer in question, and tap right and left on the analog stick in the midst of a game of Lego: Marvel Super Heroes, which is running at 1080p60. The gap between when I hit the stick and when the character on screen moves feels considerably longer than the blink of an eye.

To reiterate, this isn't Nvidia's fault. There's a cornucopia of factors at play with the modern internet that make game streaming problematic. It's just not a set of problems Nvidia has solved yet.

And, also, there are people who just won't care about that amount of latency to their games, people who would never notice unless a locally rendered version was placed next to the streamed iteration. Nvidia, to its credit, wanted to show me the real world implementation of their tech, how it really handles — so much so that they had a streaming version of Ultra Street Fighter IV on hand and, terrifyingly, Eduardo "PR Balrog" Perez-Frangie there to demonstrate it. On me.

But the game felt stiff, less responsive than Street Fighter should, and I managed to take a round off Eduardo in our match. I am positive this is not because I earned it, but because the timing of the streamed version was different enough to give me a scintilla of a chance of not being completely embarrassed. 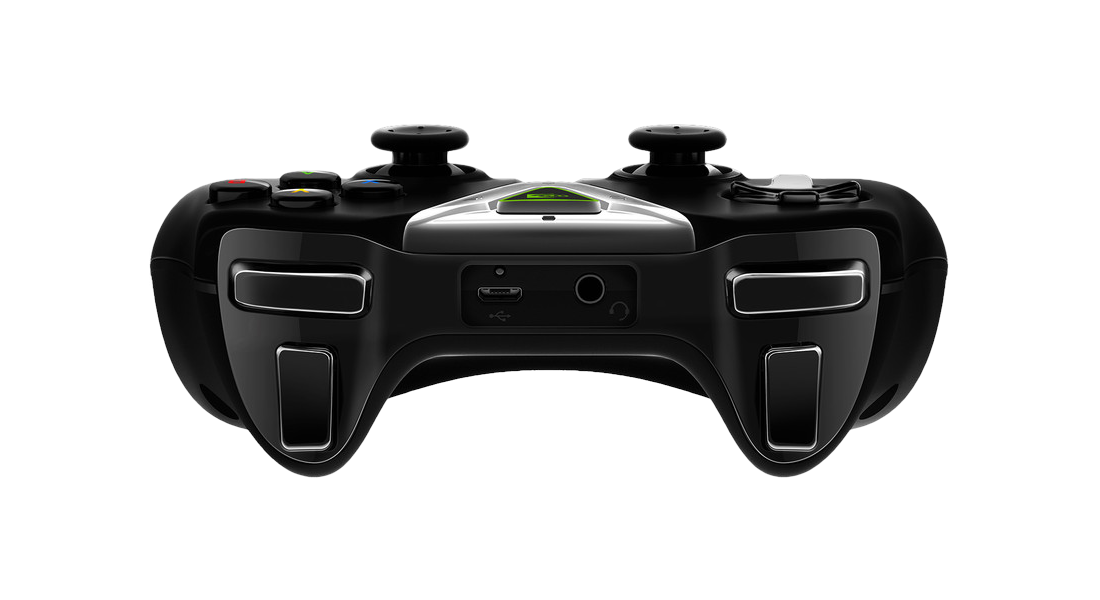 This latency will be more or less of a problem from game to game, but it makes the Shield seem like a sub-optimal solution for the core gaming audience that Nvidia has always had the most success with — and whom is most likely to have become familiar with the Shield line and branding.

Nvidia's reps stressed the benefits of "play at once" to me again and again, and to a degree, I am extremely sympathetic. Download times on next-gen consoles for big games are, to put it simply, absurd, even with Microsoft and Sony's efforts to allow play before games are completely downloaded. Shield's ability to begin playing Grid+ titles as soon as the video is buffered is appealing.

But at the low end of Grid+, at 15mbps, that works out to over six gigabytes of data per hour. Assuming 50Mbps — 6.25 megabytes per second — is the realistic assessment of bandwidth for the service, that works out to something like 375 MB per minute of gameplay, and in excess of 20GB per hour of gameplay. If you have an internet connection that can sustain this kind of abuse for extended periods of time, do you need to stream games at all?

I don't know the answer to that. As it stands now, Shield seems positioned to be the best streaming solution anyone's offered so far. But I don't know who's looking to have that problem solved for them.

The Shield is set to release in May 2015 for $199. There's no word on subscription pricing for Grid or Grid+ at this time.