Watchpoint Gibraltar is both a new play space for players, but also a map that provides a touch of insight into the game's backstory.

Overwatch was at one time a sort of United Nations standing peace force before it was disbanded. During the time of the game, some of the heroes of Overwatch want to get the group back together. Enter Watchpoint Gibraltar, home of the lab for Winston, one of the previously announced heroes from the game. In the map, players need to escort a rocket to a launch pad, which is the first step of getting Overwatch back up.

Blizzard officials also said to make sure to check out the map for some narrative backstory among the clutter of Winston's lab. 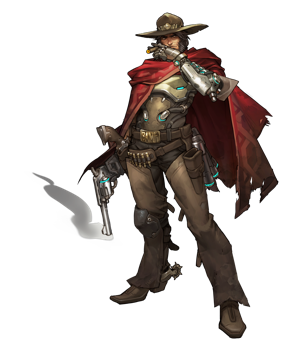 McCree is described as the ultimate futuristic gunslinger. He uses a Peacemaker handgun and has abilities that include the ability to reload during a roll, toss a flashbang attack of sorts, and deadeye, which slowly locks in all visible targets. Once a skull appears above the targets' head a player can release the trigger and he shoots the targets, killing them instantly. McCree can also fan fire his gun, emptying the gun into a target. 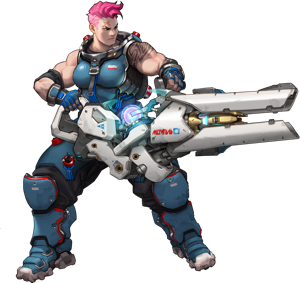 Zarya is Overwatch's first female tank and the product of the company trying harder to listen to a community seeking more diversity in their characters, a Blizzard dev said.

"We have been hearing a lot of discussion about the need for more diversity in games," he said, adding that there are a lot of types of diversity that are being discussed. Among those, he said, diversity of body types. "We're listening and we're trying hard. We hope Zarya is a step in the right direction and proof that we are paying attention."

Zarya was a championship weight lifter who put aside her personal goals to protect her village and defend humanity.

Her main weapon is a particle cannon that either shoot a short stream attack or lob explosives. She also has the ability to create a Gravity Well, which sucks all of the enemies on screen into a single spot.

PAX East 2015: All the news, previews and panels