At E3, Phil Spencer wants to focus on first-party and exclusive Xbox games

Share All sharing options for: At E3, Phil Spencer wants to focus on first-party and exclusive Xbox games

Phil Spencer wants to focus on first-party games and hopes to have a new platform exclusive to announce at this year's E3, according to a tweet from the Xbox boss.

@Masih3KA We should have new exclusive IP at E3. I'm trying to make this E3 more about 1st party than past E3s.

A Twitter user replied to Spencer with encouragement, writing "keep on building up first party its [the] best long term route."

"I agree," Spencer replied. "Means this years E3 might feel different from past E3s but I like focusing on our games."

Not long after, he said others shouldn't misconstrue his remarks as a knock on third-party publishers writing "And to be clear we will have 3rd party deals, it's just, imo, important to focus on and support our 1st party."

Much of what Microsoft shows at E3 2015 could be decided soon, as Spencer tweeted that today is "a full day content review for E3, looking at everything we might show."

Spencer seems to have been thinking about first-party games recently, in and outside of Microsoft. Last week, he tweeted his congratulations to From Software and Sony on Bloodborne's successful launch on PlayStation 4.

I know some will question me but wanted to say it's cool to see Bloodborne sell 1M+. New IP is hard, congrats @PlayStation @fromsoftware_pr

Microsoft, like all console makers, has long used first-party and exclusive games to increase its competitive advantage. The company's first-party assets include Fable (Fable Legends is in development at Lionhead Studios), Gears of War (acquired from Epic Games, in development at Black Tusk Studios) and Halo (developer 343 Industries' Halo 5: Guardians hits Oct. 27).

Spencer's comments are consistent with the console maker's focus on the Xbox One as a gaming machine, which is different than its original marketing strategy. 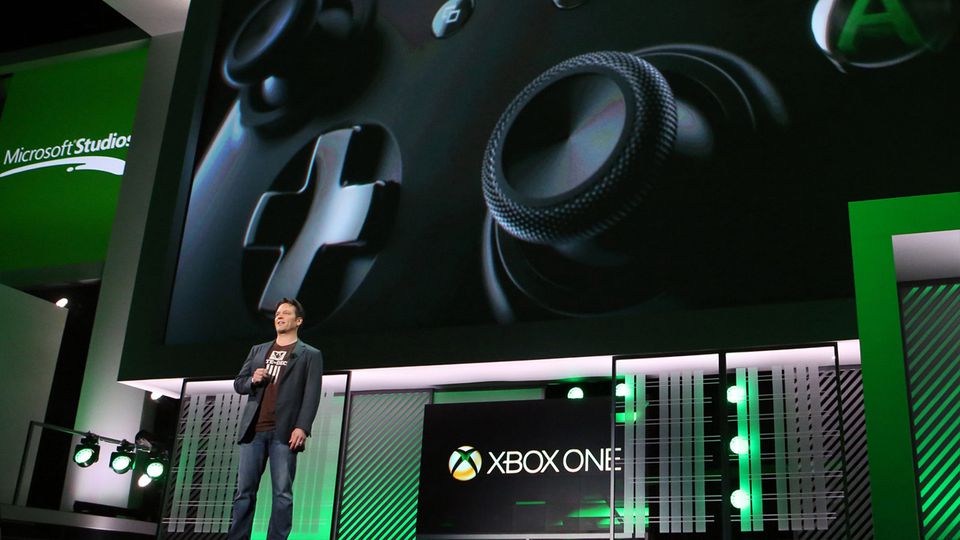 It's games first for Xbox One under new management

In May 2013, then-Xbox head Don Mattrick revealed the Xbox One in a presentation that spent much of its time focusing on the non-gaming features of the console. Those entertainment options included a TV channel guide and Kinect's ability to control your living room's multimedia devices.

By E3 2014, Mattrick was at Zynga, Spencer was in charge of Xbox, and Microsoft's message and focus had shifted. Spencer took the stage last June to lead a 90-minute presentation about games, which he made explicit in his closing comments.

Polygon spoke to Spencer immediately following his E3 2014 presentation, and the Xbox head acknowledged and explained the shifting focus from entertainment to games.

"We've gotta have a forward vision and we do," Spencer told Polygon. "I'm going to center on who I know I have to win every year, which is the person who wants to play games on their television on a gaming console, and that's got to be customer number one."