Gaming on the minimum wage

Share All sharing options for: Gaming on the minimum wage 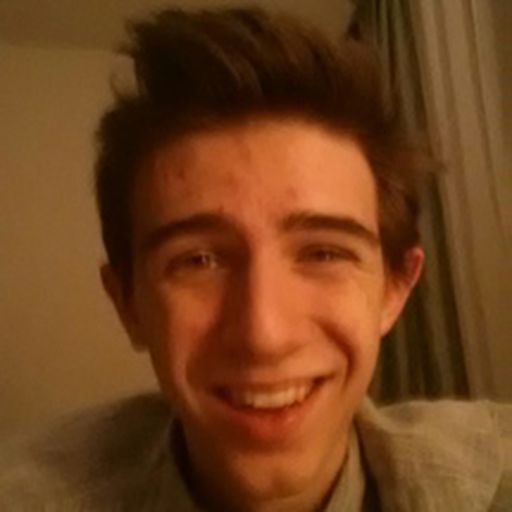 I’ve worked a minimum wage job at a movie theater for nearly two years. As someone who wants to buy and play lots of games, strict budgeting is a painful reality.

I also count myself blessed that not being able to buy every game I want is the toughest part of my financial situation. I’m a student, and I still live at home, which can alleviate a lot of the pressures other minimum wage gamers feel. I’m a tourist when it comes to budgeting, but it’s still taught me a specific way to think about gaming.

Your budget is your existence

Your budget spills over into everything about your life. I commute to class and work nearly every day of the week, and I have to buy gas quite often for my gas guzzler of a truck. Why did I get a truck? Because it was pretty much the only vehicle I could afford. And I’m paying out of pocket for my schooling.

Many low-income gamers have to marginalize their hobby in order to pay for more important things, such as food and bills. That’s the responsible thing to do.  I have not been responsible for the past few years; I’ve been able to relatively keep up with new releases that I’m interested in, at the risk of having $2 in my checking account the day before payday. That’s the case at the time of this writing.

Still, I struggle to stay current. Even as heavily invested as I am in the industry, I find it hard to justify regular purchases of expensive games, especially if I won’t have a lot of time to enjoy them because I have to work to make enough money to get them. The problem is circular.

This is also the reason many low-income gamers stick to the AAA, annualized release schedule when they spend big money on a game. It’s much easier to aim for the safe bets that come out at the same time every year, especially on a tight budget. There’s a reason why middle tier publishers have all but disappeared; they release games that may or may not be good and it’s hard to return opened software or exchange it. If your $60 has to last months, you go with a game you know you’re going to enjoy.

I find it hard to justify regular purchases of expensive games

I talked to a few minimum wage and low-income workers about their game purchasing habits, and was not surprised by the frequency at which they buy games. I was surprised, however, by the kind of games they’re buying and the promise of an economically diverse industry I found in their answers to my questions.

My pre-conceived notions were formed by a recent change in my own gaming habits; I’ve turned to free-to-play MOBA Smite in the aftermath of my frequent buyer’s remorse sessions more often than not.

Smite offers hours and hours of unique game play, based almost entirely on the virtue of its multiplayer nature alone, and you don’t have to invest in characters if you don’t mind being flexible in how you play. If you have a moderately powerful working computer, the MOBA genre is a godsend to low-income gamers.

I’ve found that I typically play Smite because of an almost unconscious effort to prolong the other games I have. The sooner I beat the games I have, the sooner I have fewer reasons not to buy new games. Smite is great, but at this point, I often go to it as a way of prolonging my other options, alleviating some financial stress, and still getting my interactive fix. It’s filler.

I thought that my experience with Smite was typical of other minimum wage or low-income gamers. I turn to Smite for the same reasons I turn to my favorite fast food joints; it’s cheap, consistently good, and filling.

It's about completion, and value

To some extent, I was correct. Anthony Vandervort, 21, works at a grocery store and plays a lot of racing games, Gran Turismo 6 in particular. "Online is a must," he told me. It can be boring to play a single-player game over and over, but online gaming stays fresh much longer. It’s easy to bet on games with established followings over lesser-known games, because you know you’ll be able to find people online months after launch. Again, it’s a self-enforcing loop.

Kyle Moe, 19, is in a similar situation as a college campus employee. "I would like the opportunity to get more games. I just don’t have the financial capability," Moe said.

But Moe also likes to try as much as he can. He prefers games with quality storytelling, and isn’t opposed to devoting five or six hours’ worth of pay to a "short game of supreme quality."

Moe was in the majority of minimum wage gamers I talked to when it came to single player preferences. Nicole Tennant, 24, works at a movie theater and finds it hard to experience even the few games she buys.

When you deal with the public all day at work, wanting to be alone when you game is very understandable

"I want to get through all the story," Tennant said, who rarely plays multiplayer games and has recently been playing The Legend of Zelda: Majora’s Mask 3D. This is another aspect of life that’s common in minimum wage earners: They work hard, and they work long hours. Short, less expensive games that can be beaten without a huge time commitment become very attractive.

Sandwich shop employee Robin Hartwell, 20, has only recently become invested in the medium. "I still feel like I have a lot to catch up on," Hartwell said.

She’s been putting that feeling into action by taking advantage of Steam’s many sales, which have offered games for about the same price as the sandwiches she sells. Hartwell also avoids multiplayer games, turning instead to indie and story-focused games because, as she puts it, she is "antisocial as fuck."

When you deal with the public all day at work, wanting to be alone when you game is very understandable.

I expected to find a robust multiplayer game at the core of every low-income gamer’s library. Industry trends, the "content galore" allure of multiplayer gameplay and my own experience led me to believe that sticking to a popular online game was the most cost-efficient way to maintain a passion for video games.

That’s not the case. Time is another resource that’s in short supply when you’re struggling to pay the bills, so shorter, story-based games become a big draw.

But even interested gamers can get bored of playing the same few games over and over again. And multiplayer games don’t offer the level of escapism immersive single player games can, which explains the overwhelming preference for the latter that I encountered. Who would want to escape from daily life more than minimum wage workers?

Thankfully, the industry’s business models are breaking down to allow for more frequent escapes. The accessibility of low-cost production and digital distribution is being validated by gamers with low income. The ability to trade in or sell games is also key; digital sales take away a key way for low wage workers to continue gaming.

Making minimum wage and being a gamer isn’t a rare thing, but gamers on a budget have to make choices slightly differently. The industry seems to be transitioning into a binary of cheap and expensive games. Experimental or smaller games are sold for a few dollars but "sure things" in known franchises are sold for $60 and up.

This makes things easier for gamers in some ways, but it’s not the best thing for an industry trying to grow and adapt. On the other hand, the change is somewhat being driven by, and benefiting, us minimum wage gamers.