Where is Star Marine, Star Citizen’s FPS? And how do you fight without gravity?

Share All sharing options for: Where is Star Marine, Star Citizen’s FPS? And how do you fight without gravity?

Star Citizen's next big release will be its first-person shooter component, Star Marine, and its creators detailed the module's progress in a recent post on the Roberts Space Industries site.

The lengthy post includes status updates from several developers, whose sections provide the process they've made — and still need to make — before Star Marine's unknown release. Those include updates on animations, character model designs, environments and more.

Perhaps no update is more interesting than SATA Ball, a Star Marine in which players will battle in zero gravity.

SATA Ball splits players into two teams in an arena. The titular ball spawns in the center of the room, and teams need to gain control of it. They'll move about an arena using their arms, legs and a grappling hook. That's attached to their sidearm, which will stun but not kill enemies. 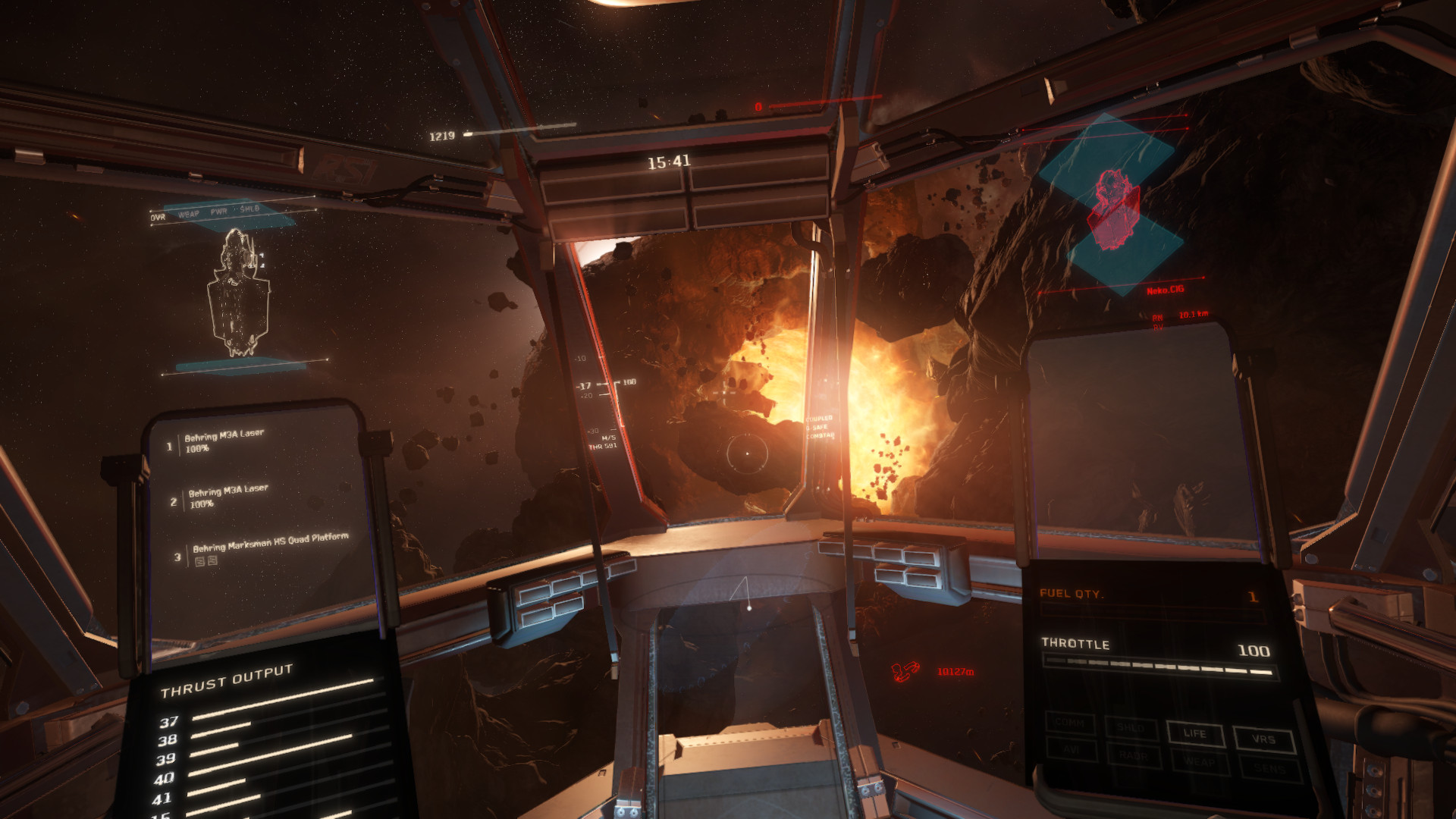 "While SATA Ball does involve some gun-play, that isn’t the main point of interest," the post reads. "Really what we are using SATA Ball for is a test bed to make the zero-g locomotion system something very robust, and ultimately a viable movement strategy when you are in that environment. Typically you would expect to see thrusters for movement in zero-g, but for Star Citizen the easy way out doesn’t make sense. You should have the choice to move around without thrusters … and be successful if you are skilled, and we want players to be able to do that.

"This is something that hasn’t really been done before, and it’s no easy task. First, the controls must feel natural and accessible. Second, we want to simulate how physics and rag-doll play into that control system. Lastly, after both of those two goals are accomplished we need a robust set of full body look poses and animations to make that happen visually with the fidelity and attention to detail you have all come to expect from Star Citizen, even in an alpha state."

Check out the full, meaty post for more information about the technology that's going into Star Citizen and Star Marine, which doesn't have a release date.

In late March, Star Citizen's 1.1 patch brought persistent damage, spacecraft landings and more to the Windows PC game. To learn more about the wildly successful crowdfunded game, press play below to fly to a secret asteroid and tour some expensive ships.

Polygon Video: We found thousands of dollars of rare Star Citizen ships hidden inside an asteroid