Avengers: Age of Ultron’s most confusing scene and the gun that almost killed it, explained

Share All sharing options for: Avengers: Age of Ultron’s most confusing scene and the gun that almost killed it, explained

Avengers: Age of Ultron's pace is relentless. Get distracted by an explosion, a shiny object or a pretty, cantilevered staircase, and you could lose the narrative thread that unfolds as fast as Quicksilver runs.

Spoiler alert: This article assumes you've seen Avengers: Age of Ultron. If you haven't, this will spoil a whole lot.

But speed and density aren't the only challenges. There's also a disjointed sequence in writer/director Joss Whedon's superhero movie that, even if you pay close attention, doesn't make much sense. In a recent episode of The Empire Film podcast, Whedon explained how a certain subplot involving a Norse god suffered under the constraints of editing and entered Ultron as a fraction of its former self.

Whedon's story doesn't stop there, though. It also explains why a character didn't survive the final cut. And it highlights the struggles between the man in charge of the movie and the studio executives funding it — and the diplomacy that led to the wildly successful movie's theatrical cut.

In the middle of the theatrical version, Thor leaves his teammates to find an old friend, Erik Selvig, a Marvel Cinematic Universe scientist who's appeared in the Thor and Avengers franchises. Thor, disguised with all the subtlety of Clark Kent wearing a hoodie, asks for help, Selvig agrees, and they drive off screen.

Several minutes later, in the duo's next scene, Thor and Selvig walk into a cave toward a pool of water. Selvig is carrying a toolbox. Thor gives some lighting fast exposition about how the dangerous pool might help him, and then enters the water. 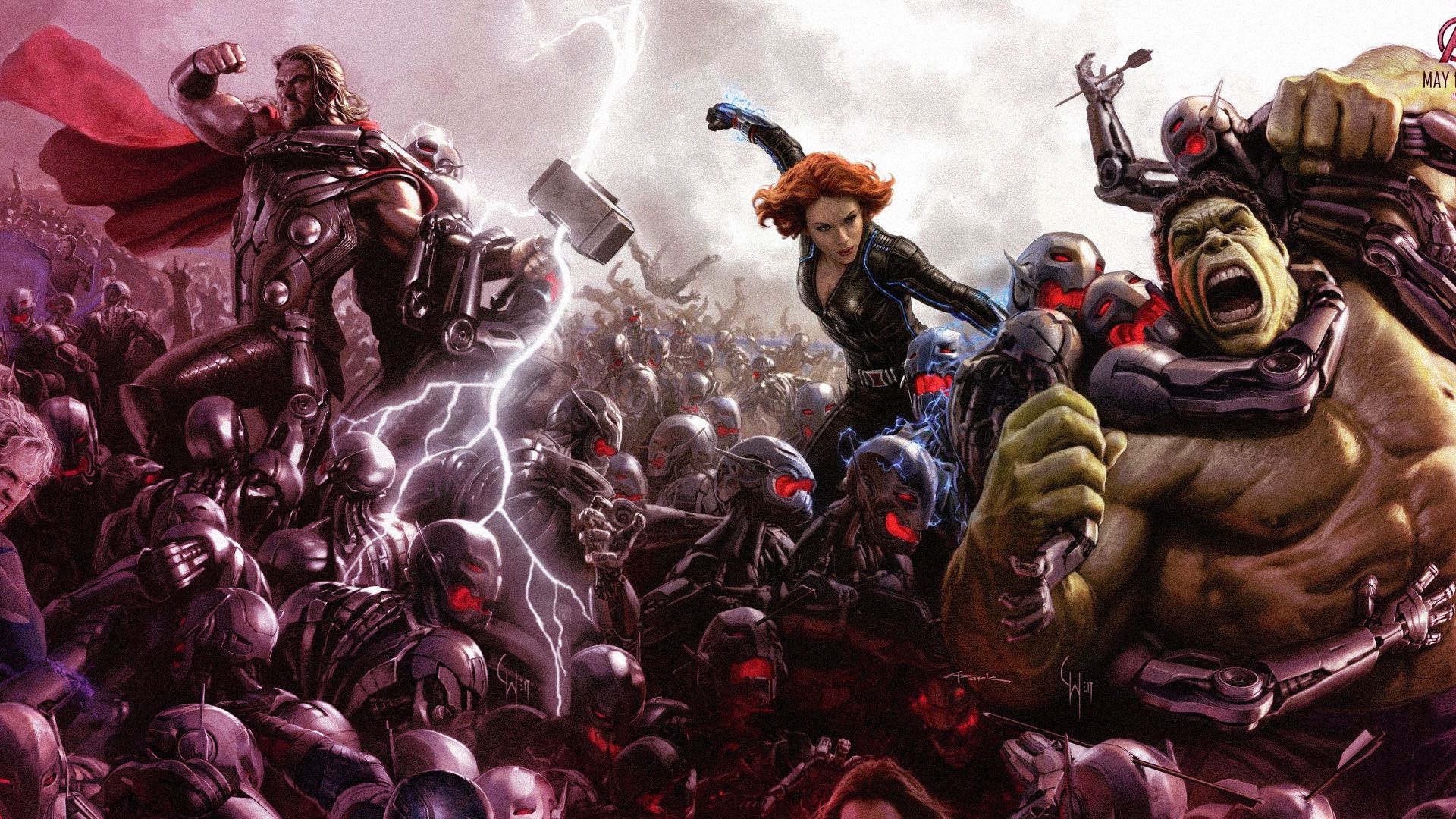 Thor has a vision. Selvig looks on. Heimdall, portrayed by the actor Idris Elba in the Thor series, appears in the vision, proclaiming Thor to be a destroyer of Asgard. Blink, and you're likely to miss a flash of infinity stones that appear in the cut happy and Dutch angle heavy dream sequence.

The next time Thor appears, he is Avengers: Age of Ultron's literal deus ex machina, solving the plot's unsolvable problem with Mjolnir and lightning.

But why? It's not clear within the confines of the movie. And it begs questions like what Thor saw that would compel him into action — to make the very kind of command decision he criticized Tony Stark for making earlier in the movie with Ultron — or why Selvig was there at all, let alone carrying a toolbox-looking thing.

The answer, according to Whedon, is only available in what what we didn't see.

One of Whedon's first cuts for Avengers: Age of Ultron clocked in at three hours and 15 minutes. The final run time is about two hours and 20 minutes. And Thor's spelunking subplot is a casualty of nearly an hour's worth of edited material.

"The original scene was that he went to speak to the Norns," Whedon said, referring to female beings in Norse mythology who control destiny. Basically, Norns are analogous to The Fates in Greek Mythology. "How it would work was, he goes into the pool, and the Norns possess him, basically. And Erik Selvig asks all the questions, and the Norns, speaking through Thor, give the answers." 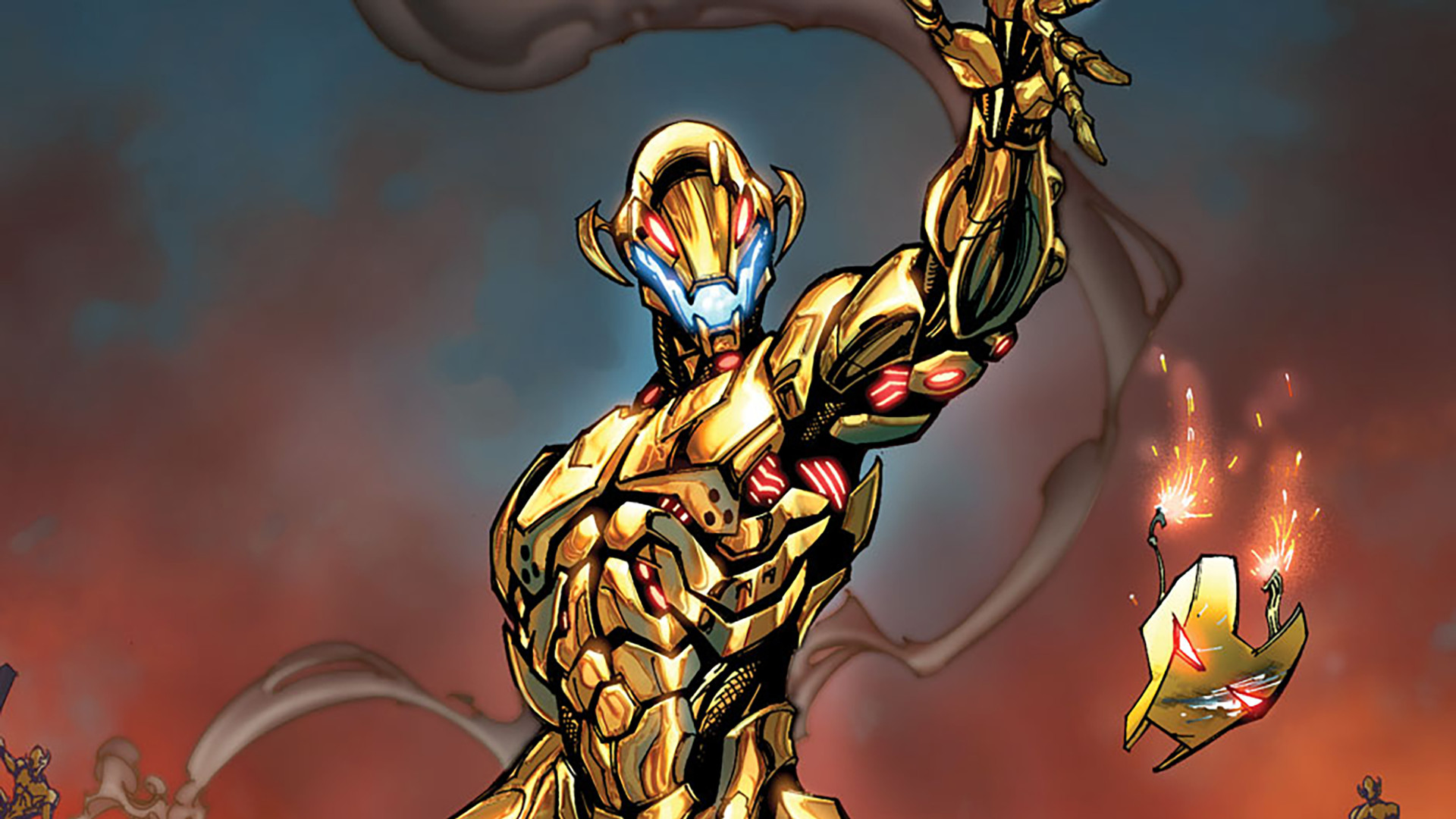 The rise of Ultron: what to expect from the Avengers' new villain

The scene, as originally written and shot, didn't play well for test audiences, Whedon said. He has a couple theories about that. First, the test audiences saw an effects-sparse early cut. And it's also the kind of scene that would work well in a Thor movie steeped in Norse mythology, but not so well in an Avengers movie. Thus, almost all of that was lost in the theatrical cut.

"I do feel that they threw out the baby with the pond water," he said, referring to the studio executives who argued for the cuts.

Instead, the filmmakers split the dream into fragmented segments, with a second part of the dream that included Thor's brother, Loki (Tom Hiddleston), the antagonist of The Avengers. But that didn't work, either, and Loki ended up on the cutting room floor.

"The dreams were not an executive favorite, either," Whedon said. "The dreams, the farmhouse: these were things I fought to keep."

SAVED BY THE EDITORS

The farmhouse sequence is one of the few segments where Avengers: Age of Ultron takes time to breathe, to advance characters and plot without feeling like the cast is being rushed to the next big thing. But not everyone loved it like Whedon did, and that forced a choice.

Give us the cave, or we'll take out the farm

"With the cave, it really turned into, you know, they pointed a gun at the farm's head and said, 'Give us the cave, or we'll take out the farm.' In this civilized way. I respect these guys. They're artists. But, that's when it got really, really unpleasant. There was a point at which there was no cave, and Thor was just going to leave and come back and say, 'Oh yeah, I figured something out!'

"I was so beaten down at that point, I was like 'Sure. OK. What movie is this?'"

Whedon credits Ultron's editors with saving what remains of the cave scene, as they convinced him that they had to show what happened, not just say it.

"You can tell that it was beaten down," Whedon said, "but it was also hard won."

THE POND AND BEYOND

So the story, blanks filled in, is that Thor goes looking for answers, finds them, and makes his decision to electrify Vision into life, based on what he and Selvig learned (together) from the Norns. And that knowledge centers around the infinity stones, one of which is ensconced in Vision's forehead. 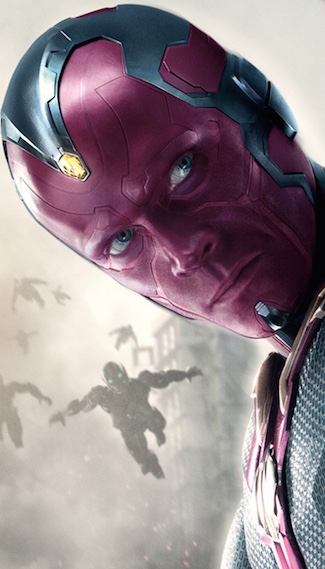 When Thor takes his leave of Avengers and hops a rainbow bridge back to Asgard, he's going to find out just what in the heck these infinity stones are and why they keep showing up and who wants them.

Even if it isn't well explained, by the end of Avengers: Age of Ultron, it's clear what Thor learned. He's the first person to connect the gemstone dots. As much as any characters, they've served as plot devices and connective tissue between films about Avengers, Captain America and even the Guardians of the Galaxy.

Once planned as elaborate dream sequences, the way Thor's narrative arc unfolds leaves much to to the imagination. But despite the battles and the frustration behind it, Whedon doesn't portray his original vision as infallible.

"The dreams were awfully long," Whedon admitted, saying he's spent a day shooting them. In fact, he seems happy with the result.

And earlier in the interview, he teased some of that as DVD and Blu-ray extras. So we may see the dreams yet.