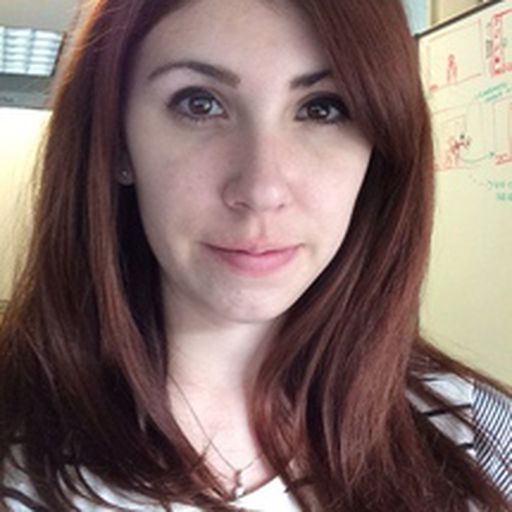 We all know the Kickstarter bubble is bursting.

And when it inevitably pops, Kickstarters like Bloodstained will be the ones holding the thumbtack.

Right now, passionate, optimistic backers who want to see their favorite old franchises return to life are being misled right and left about the "real" costs behind a game, concerns often hand-waved away by celebrity headliners and funding goals that appear to be appropriately large — on the surface.

Most game devs can tell you at a glance that campaigns like Yooka-Laylee, Mighty No. 9, Bloodstained and others are heavily deflating the costs of their development cycle, sometimes not-so-secretly planning to search for the bulk of their actual funding elsewhere or hoping to be massively overfunded. The amount asked for initially has nothing to do with the real cost of making the game.

In fact, Koji Igarashi has stated that Bloodstained's $500,000 Kickstarter goal was only 10 percent of the money needed to create the game. Fans are being shown a budget that doesn't line up with the reality of game development, and it's skewing the public perception of what a game actually costs.

The notion that "consumers don't actually understand the real cost of game development" isn't a new one, but the true price tag is actually kind of scary, and the illusions put up by large Kickstarters are having a measurable negative effect on Kickstarter as a whole.

The cost of development

The current word-of-mouth figure used by most developers and publishers to estimate the cost of an average-sized game development team is $10,000 per person per month. Now, this is a rough figure; if your studio operates in a major city or you're building the next Assassin's Creed, the cost will be higher. If you're working out of someone's apartment, doing 100-hour weeks or living without health care, it'll be lower. But let's stick with this basic figure for now.

That's because the figure above factors in the 'unseen extras' that go into game development: the cost of rent, equipment, electricity, food and water, taxes, art tablets, software licenses, healthcare, dev kits, outsourcing, interviewing employees, paying actor and agent fees for voice-over work, and myriad other expenses incurred over a game's life cycle. There are an awful lot of them.

If you've ever wondered why game studios seem to constantly be closing their doors and laying off staff, now you know. Game development is expensive, and each person adds an extensive number of costs.

At a glance, Wikipedia tells us that Inti Creates, the company employing Igarashi, is around 80 employees. Let's estimate, optimistically, that only 15 employees are needed to produce Bloodstained. A very, very skinny team for a game of this size, but, hey — at least it'll be cheap, right?

No release date has been announced for Bloodstained yet, and all sources point to it being in a pre-production / concepting stage. Let's give it a highly aggressive but theoretically possible dev cycle of two years.

Wait a second. Who the hell are all these people?

Five other companies are listed on Bloodstained's Kickstarter page. If I only count the cute faces and names, we have a total of 20 extra staff to handle marketing, merchandise and PR. Marketing can easily match a game's budget on its own, but let's assume — again, with big sparkly anime eyes and youthful hearts — that we'll only be doubling the budget by bringing on another 20 people across five companies.

This is napkin math, but you begin to understand how quickly costs can escalate.

Even knowing that Igarashi's publishing partner is covering 90 percent of their pre-Kickstarter budget, that's only $5 million on the table. Where is that extra $2.2 million coming from? If Igarashi had asked for the full $7.2 million on Kickstarter up front, it's almost a guarantee the team would never have made its goal. But is this recent pattern of compromising on the "public budget" vs. the "true budget" really any better?

"In order to finish Yooka-Laylee we will need to expand our team to an 'N64 size' roster of around 15, which we'll look to do immediately upon reaching our funding goal," that game's Kickstarter stated. "Therefore the vast majority of our budget will be allocated to wages and office space, plus the cost of outsourcing sound, testing and version creation."

That's a realistic statement, but the idea of paying 15 people, along with office space and the other costs associated with the development of a project this size, with a $270,000 budget — the campaign's minimal funding goal — is absurd.

If we say $10,000 per person per month for a year of development, which is a very rough approximation, you get a $1.8 million budget. The campaign has already raised over $2.5 million, which is a very workable budget, but it's hard to imagine how the game would have survived under the campaign's original goal.

More importantly, how did a platform intended to support grassroots efforts and independent creators turn into a publisher-backed PR service where consumers actually pay large game companies to promote the game to them?

Racing to the Bottom

I didn't fully understand the impact this effect would have on smaller, indie projects until I was part of one.

Elsinore, our narrative tragedy simulator, is halfway through its campaign now. When the team first got together to talk about our budget, we had blue-sky conversations about trying to fund the amount we'd need to dedicate more than part-time to the project, or at least to allow the freelancing members of our team to work on the game full-time while the rest of us continued with our day jobs. But even by our most frugal estimates, the odds of raising that amount seemed impossible.

Using the above formula, cheaping out on things like health care and rent, with a team of seven and a release of April 2016 (optimistically moving the deadline up a couple of months to account for some full-time staff), we'd have needed to raise $8,000 x 7 x 12 = $672,000.

In other words, 2.5 times what Yooka-Laylee asked for. Not happening. After all, if games like Yooka-Laylee claim to be able to deliver their game on just $270,000, how can we possibly ask for the amount we actually need?

In the end, we decided to ask for $12,000. Considering Kickstarter and Stripe take 10 percent of a project's total and taxes take at least another 5 percent, that would have left us with around $10,000 — a modest sum.

Immediately, people were skeptical. We got messages asking why our licenses were so expensive, why we needed more than $200 to pay a composer, and more. Posters complained that our $45,000 stretch goal seemed like "a lot" to port a game to mobile.

Our budget was turned inside out, scoured over. Worse yet, the information people seemed to have about what things ought to cost for us was completely wrong. Luckily, we've met and exceeded our goal, but others are not as lucky — forced to re-launch their campaigns for an even smaller amount and try to scrape by via other means.

This is the effect large Kickstarters have on indies. This is where Kickstarter is headed. Because when a $7.2 million game masquerades as a $500,000 game (or even a $5 million game), it drags the line of what appears to be "a reasonable amount of funding" just a little bit lower for all the thousands of "little guy" projects out there.

When you ask for half a million dollars when you really need $5 million, it becomes impossible for games with realistic budgets to survive

Bloodstained isn't a story of the little guy triumphing over big publishers; it's the story of a campaign that had millions of dollars of funding before the Kickstarter began and the help of multiple companies handling the logistics of the campaign. They asked for $500,000 to prove a point, not fund a game. The issue is that campaigns like that cause members of the community to believe that $500,000 is all you need to create large-scale experiences.

When you ask for half a million dollars when you really need $5 million, it becomes impossible for games with realistic budgets to survive. It’s not that people don’t understand what a game costs, it’s more that Kickstarter is actively distorting people’s understanding of a sane budget. The ecosystem is being poisoned for projects that need to raise their actual, workable budget for a game.

Transparency is critical. If consumers don't know how much things actually cost, projects that haven't raised nearly enough will continue to be funded wildly right and left and, inevitably, will have to scramble for extra funding from commercial sources — the exact problem Kickstarter was intended to solve in the first place.

If we want to maintain the longevity of a service which benefits everyone, we need to hold each other accountable and maintain the ecosystem's balance. And if they care about Kickstarter, big projects are going to need to spearhead this effort so everyone can use the platform for years to come.

Katie Chironis is a game and narrative designer who has previously worked at several game studios. By night, she serves as team lead on the upcoming indie PC game Elsinore.