Good night and thank you for these wonderful moments, Mr. Letterman

Share All sharing options for: Good night and thank you for these wonderful moments, Mr. Letterman

In the summer before my freshman year of high school, my family moved into a new house in a new town. It was only about 10 miles away, but it might as well have been Paris, which is approximately how far it felt to me and my social life.

I was too young to drive and too shy to easily make new friends. So for the next year, as I adjusted to a new school and town, Letterman was my constant companion.

It began that August, in the time between Letterman's move and his new show. I stayed up late, watching NBC air reruns of the earliest, weirdest Letterman episodes. Thus began my decades-long fandom — and unintentional preparation for my mid-30s social life, too. 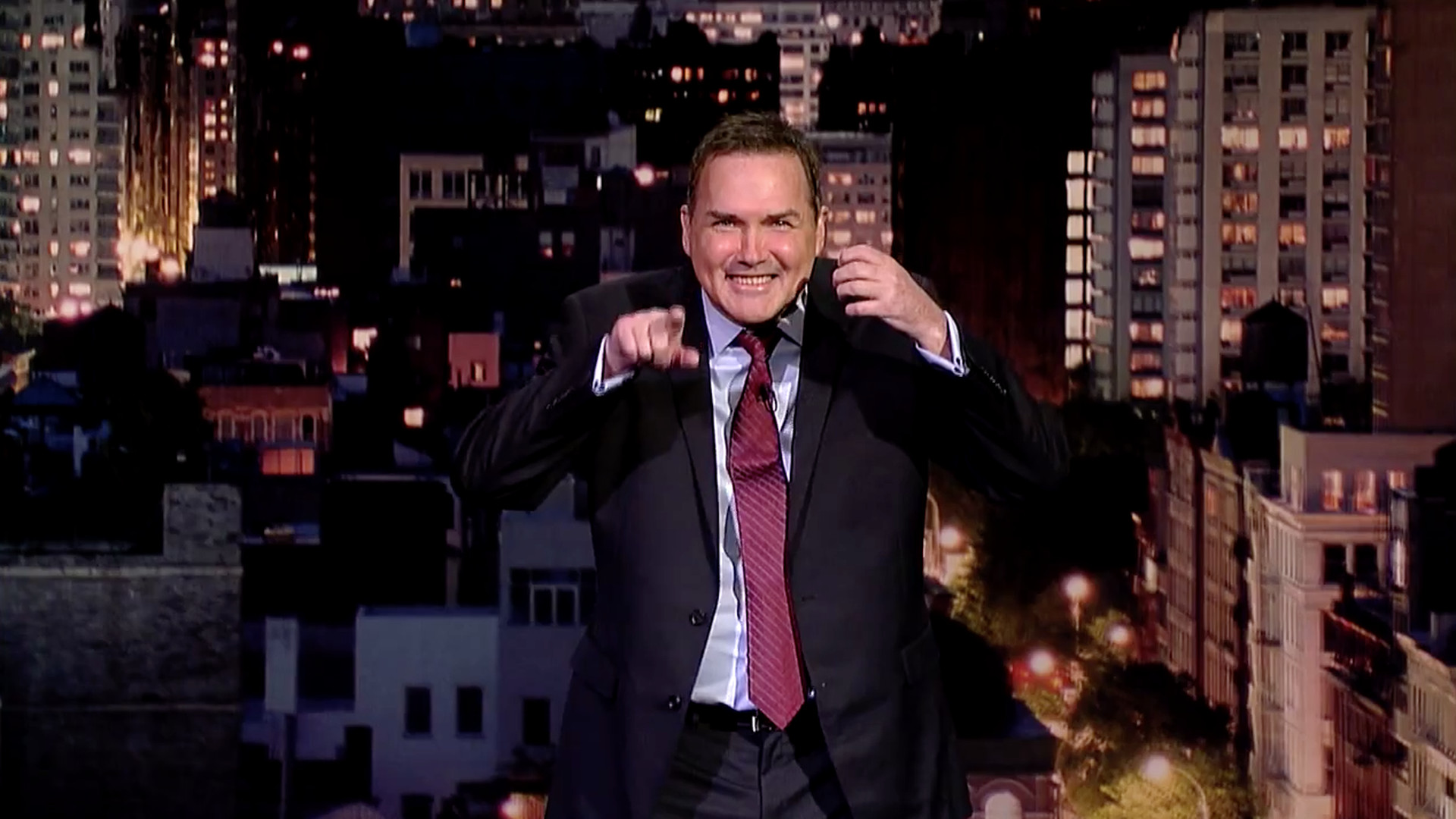 I loved Letterman's goofiness the most. Where else could I see a host and his guest try to knock a gigantic meatball off the top of a Christmas tree with a football? Or throw a watermelon off the top of a New York City building? Or put a camera on a monkey?

Letterman's move to CBS was 22 years ago but it still feels like his new thing, even though tonight he hosts his last show. Over the past two decades I've made friends and grown up and fallen out of regular viewing. But I have kept checking in. It was nice to know that, whenever I needed him, the other Dave was right there.

David Letterman leaves behind a legacy of more than 30 years of offbeat comedy and lifelong memories. To say goodbye and thanks, here are a handful of my favorite moments from the show, spanning strange guests, awkward interviews, great music and a poignant monologue.

This isn't a comprehensive list. It's just what comes to mind when I think of my favorites, the kinds of things I've insisted on showing my friends over the years. Maybe you have some memories that deserve to be mentioned, too. Tell your friends and fellow fans in the comments below.

In 1982, the inimitable Andy Kaufman was Letterman's guest. And so was Jerry Lawler.

Kaufman, the comedian whose stable of bizarre characters always left audiences unsure if something was real or part of the gag, loved pro wrestling for the same reasons. In the early '80s, Kaufman billed himself as the Inter-Gender Wrestling Champion of the World, offering $1,000 to any woman who could pin him.

Some time after that, Jerry "The King" Lawler, then a pro wrestler hailing from Memphis (and today an announcer for the WWE), challenged Kaufman to a match with him, a "real" wrestler. Kaufman accepted.

Kaufman's bad-guy persona was flawless. He mocked Memphis as the "nation's redneck capital" and made promotional videos where he introduced Southerners to the concept of soap.

After their bout, in which Kaufman was on the receiving end of a piledriver, Kaufman claimed that Lawler had caused him serious injury. When he appeared in public, Kaufman wore a neck brace. He continued to berate Lawler and the South.

And then, in 1982, the two met on late night TV next to David Letterman. It was all an act, Kaufman pleaded. It's pro wrestling. "I was playing a bad guy wrestler," Kaufman said. Lawler, he said, took it all too seriously. Kaufman demanded an apology and Lawler refused.

Things escalated quickly. Letterman was barely part of the conversation as the two wrestlers started arguing. Then it got physical. After a commercial break, the host was caught in the crossfire of Kaufman's swear word-filled tirade.

Letterman's reaction, as usual, was deadpan and perfect. You can see it below.

The immediate question that comes to mind whenever I watch a clip of Harvey Pekar on Letterman is: Why did they keep booking Harvey Pekar?

Pekar was best known as the author of a series of autobiographical comic books called American Splendor, which became a 2003 film starring Paul Giamatti. He appeared on the Late Show several times in the late '80s, and it's clear that he and Letterman didn't get along.

It's a rare moment when both guest and host are unfiltered. In the clip below, they've had enough of each other.

Way back in 1987, the actor best known for playing George McFly in Back to the Future appeared on Letterman's NBC show and acted, well, odd. Maybe he was doing a performance piece. Maybe he was in character and didn't let anyone know. Letterman sure didn't know, and the host's response is classic Letterman bemusement.

The most interesting part of the interview happens toward the end. Letterman, increasingly confused and seemingly less interested in engaging with whatever Glover is doing, has enough when Glover darn near kicks him in the face.

The show returns from a commercial break, and Glover is gone. And Dave gets upset, but manages to save it with a joke or two.

In 2009, when Joaquin Phoenix showed up on the Late Show with a shaggy beard and sunglasses, Letterman couldn't help but point it out.

"How is that, the beard?" Letterman asked.

"In what way?" Phoenix responded.

Several minutes of awkward, mumbling conversation followed. Letterman rolled with the punches, as he does so well, acting as a voice for confused viewers.

We later learned that Phoenix was in character for a mockumentary called I'm Still Here.

Not to be outdone by, well, himself, Phoenix appeared again late last year and announced his engagement. The next day, Phoenix said it was yet another joke.

I think, maybe, Julia Roberts and David Letterman could have been a couple.

I'll never forget the time that Roberts, with slicked-back blonde hair parted down the middle, flirted with Dave so much that they kissed. Over the years, it became a running gag — the kind where reality and fantasy blur together. It culminated last week in a montage that left me blushing and smiling.

After the terrorist attacks of Sept. 11, 2001, the nation didn't feel much like laughing. Letterman, whose shows have broadcast from New York all 33 years of his run, didn't come back on the air until Sept. 19.

The show began without music. Then it faded in on Letterman sitting at his desk, where, for the next eight minutes, he gave a moving, eloquent and entirely apolitical monologue about the tragedy.

Press play to watch it below.

David Letterman loves rock, and he's got a 30-plus-year record of promoting some of the best music of his era. So musical guests deserve space here, and two performances come to mind.

Letterman had quintuple bypass surgery in early 2000. When he returned to the Late Show the following month, he invited, as he said, his favorite band to play his favorite song. Here's that Foo Fighters performance, as they play "Everlong."

Warren Zevon was dying the last time he appeared on the Late Show, and everybody knew it.

The brilliant musician was a frequent guest and even filled in for Letterman's quirky band leader, Paul Shaffer, on occasion. His music was strong in early 2002, but his body was weak. And he decided to say his public goodbye on the Late Show.

"I might have made a tactical error by not going to a physician for 20 years," he told Letterman. "I have a form of lung cancer that spread. It means you better get your dry cleaning done on special."

They celebrated his life and his music. And the last song he played was a Letterman request: "Roland the Headless Thompson Gunner." You can watch that performance below.

And then there's this from just a few months ago. Ryan Adams came on the show to play the first single from his self-titled album.

He and the band finished playing "Gimme Something Good."

Letterman did the usual thing and walked out from behind his desk to greet the band. Except this time, blown away, he asked them to play the song again.

I'll never forget the time Letterman introduced the actor Charles Grodin, who walked out from backstage, approached Letterman's desk and then refused to sit down. Letterman followed his lead, and the two played a game of chicken, refusing to take a seat for the length of a segment.

I can't find the clip of the two refusing to sit. It aired God only knows when. But Grodin was a frequent guest and he and Letterman built a strong, entertaining rapport over the years. Below is a typical interview, with host and guest in top form.

JAY THOMAS, THE LONE RANGER AND 'THE GREATEST TALK SHOW STORY OF ALL TIME'

In his younger days, Jay Thomas was a disc jockey in Charlotte, North Carolina, with an afro and a propensity to "get herbed up," as he puts it.

This is the beginning of a story involving Clayton Moore (the actor who played The Lone Ranger), a car dealership and payola. Every December, Thomas visited the Late Show and told what Letterman called last year "the greatest talk show story of all time."

Press play below to see Thomas' final appearance from December 2014, and the end of a Late Show Christmas tradition.