King's Quest: A Knight to Remember hits in late July on PlayStation and Xbox

Share All sharing options for: King's Quest: A Knight to Remember hits in late July on PlayStation and Xbox

The first chapter of developer The Odd Gentlemen's reimagined version of King's Quest is called King's Quest: A Knight to Remember and will arrive on PlayStation 3, PlayStation 4, Xbox 360, Xbox One and Windows PC in late July, publisher Sierra announced today.

Polygon saw some of the first chapter during a recent visit to the developer's Los Angeles office, and it's clear that the adventure game series is being reborn in the hands of loving fans who want the broadest audience possible to play the game.

King's Quest: A Knight to Remember is a family game — and not a children's game — the developers explained. They want to create something that the entire family can play together and enjoy. Think of it like a Pixar movie, the kind of entertainment that transcends age barriers. 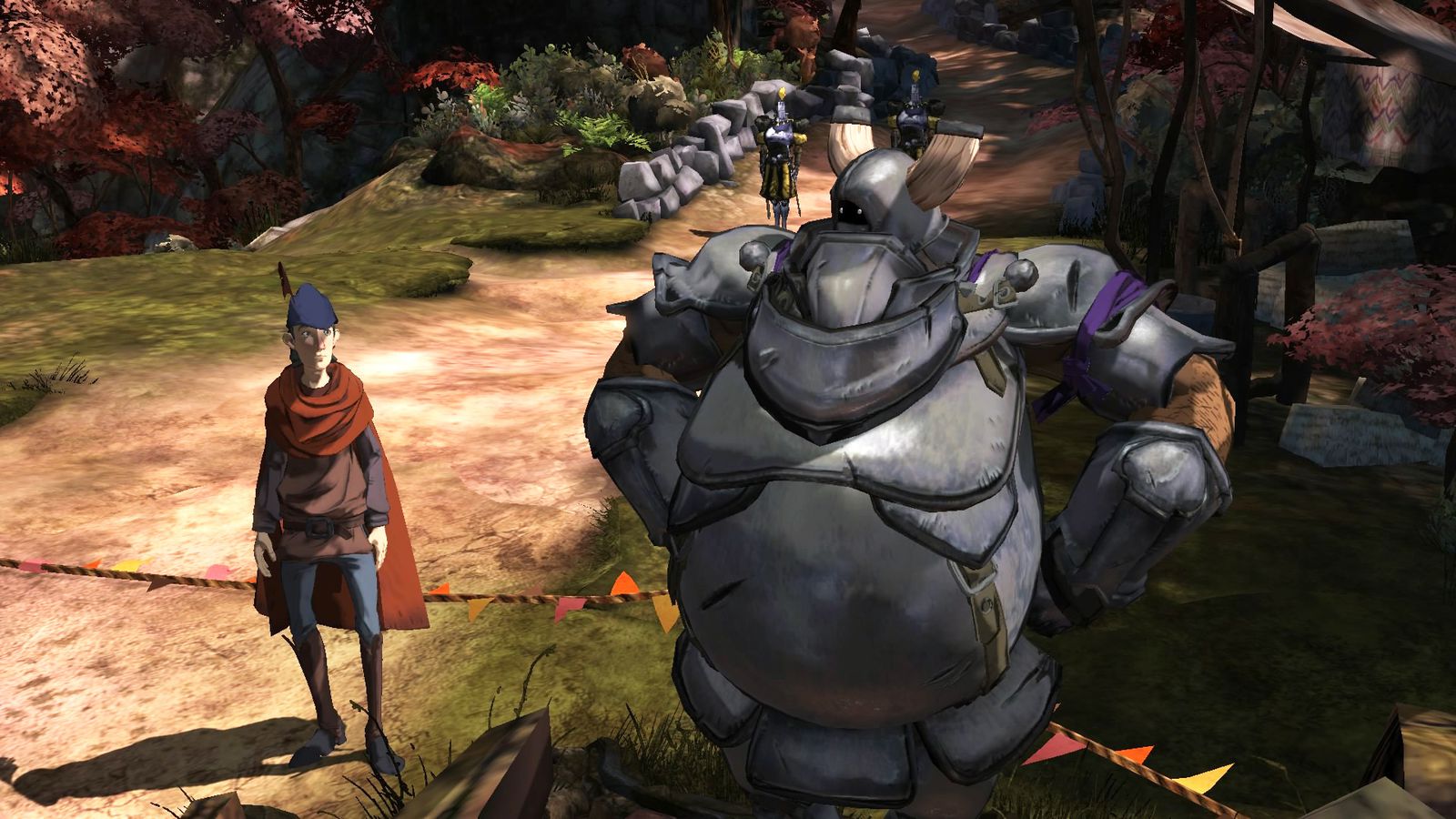 In the areas we saw, disjointed for expediency, A Knight to Remember is packed full of sight and audio gags, many of them certain to entertain old-school King's Quest fans. But the jokes encompassed the right kind of balance between inside baseball and surface level humor. You might now know that the way a character rolls down a hill is an homage to an earlier game, but it's funny even if you don't.

Perhaps the most interesting part of King's Quest: A Knight to Remember, whose presentation will be familiar to anyone who's played modern adventure games like Telltale Games' The Walking Dead, lies behind the scenes. Most of the action is framed as a flashback (think The Princess Bride) being told by an old man version of the hero from the original games. And that gives The Odd Gentlemen some wiggle room. Players will make decisions — at first obvious, but later less so — that will shape the medieval world they explore.

King's Quest: A Knight to Remember is the first of five installments that comprise the story arc. In this first chapter — the developer prefers to call them chapters, not episodes — young Graham hopes to prove his worth as a knight. However that pans out, the episodic adventure game should also receive its second installment sometime later his year. In the meantime, you can watch a trailer showing off A Knight to Remember above.