Hands-on with Destiny: The Taken King and Bungie's return to its Halo roots

Share All sharing options for: Hands-on with Destiny: The Taken King and Bungie's return to its Halo roots

The story of Destiny since its release is as much about the changes to the game as it is about the game that shipped last year.

Today, in June 2015, Destiny is not the same game it was at its September 2014 release. In many ways, the continuing story of Destiny is about a couple hundred game-makers and several million players learning what each side wants and meeting somewhere in the middle.

First came Destiny, then The Dark Below. House of Wolves followed, though somewhat smaller than its predecessor, without content like raids that many players expected in a big, paid upgrade. Throughout all this, Bungie released a myriad of minor content upgrades that tweaked and twisted and turned and tuned everything from weapon damage to what players could do with special weapons and how they earned them. 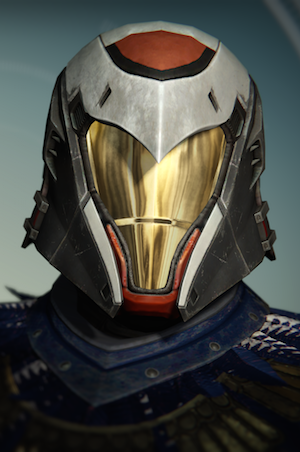 This became the pattern: Bungie releases content; players teach Bungie what they like, what they don't like and the mistakes they've discovered; Bungie listens and changes the game.

"We listen to the community a lot, about what people want to do, what they're enjoying, what they're not liking," Mark Noseworthy, the expansion's executive producer, told Polygon at E3 2015. "Some of it's our own inspiration, because we, too, are part of the community. Not only are we making the game, but we're also playing it."

On Sept. 15, 2015, when the third expansion, The Taken King, is released, Destiny is going to change again. It's based on the idea of bringing new and different things to the game, including a new campaign. At E3, we played the first slice of the expansion's new campaign. Based on what we saw, this time it's going to change in ways that will make people who are confused about its story — and particularly fans of developer Bungie's former franchise Halo — very happy.

How much it's safe to extrapolate from what we saw is difficult to know. But even with measured caution, it made us hopeful, made us excited. Bungie didn't need to prove it again, but it's worth reiterating: Destiny is changing because Bungie is listening.

The Taken King is built on a narrative foundation.

When Bungie announced the expansion during Sony's E3 2015 press conference — and later on the game's official site — it promised "new story campaign and quests, new enemies to fight, new locations to explore, new Strikes and Crucible maps, a new Raid that will put players to the ultimate test, and more." It is enormous, in other words, and it has a price to reflect that: $39.99, twice as much as its previous two expansions, and two-thirds the price of the base game — Destiny 1, as Noseworthy calls it when we speak to him at E3. 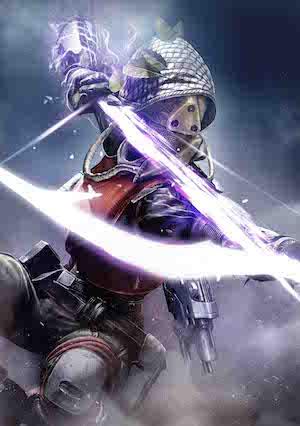 It is, he says, partially in response to what players asked for — and further proof that Bungie is listening.

"The community's desire for content is enormous," he said. "So we really want to provide that."

But it's not just new content, if what we played is any indication. It's new content, presented differently. Destiny faced a lot a criticism about its narrative. It's there, and it's discoverable, but it's staccato and often obtuse. Much of the story in the original campaign, for example, is told through voice-over during loading scenes, spoken by an often difficult to understand AI companion played by Peter Dinklage. Yes, the story is there, and the lore is obvious. But it's doled out in such a way that it feels disjointed.

Contrast that with Bungie's former franchise, Halo. There were very few narrative dumps. The story would unfold as you walked through a level, often told by Cortana, Master Chief's faithful AI companion. Even when she narrated in bite-sized chunks, there was a sense of unfolding narrative and mystery.

That was, to be fair, an easier proposition in Halo than it is in Destiny. Halo forked into relatively few modes, generally the story-filled campaign and the story-less multiplayer. If you wanted story, it was available in a linear, guided package. In Destiny, players have far more control of their actions. There is a campaign, but Bungie designed the game to keep players doing many things. And only by doing many things could players continue through the campaign. That meant that they had to spend time doing other things in between campaign missions. And many spent that time forgetting what the story was about.

The Taken King's campaign begins with a loading screen, but Dinklage's Ghost is nowhere to be heard. His tiny white text doesn't fill the bottom of the screen. Instead, it's just a pretty spaceship flying through hyperspace.

When you land, the story begins, and Commander Zavala (beautifully voiced by Lance Reddick) serves as the narrator. It's not confusing, and it's not filled with jargon. It's about the mission at hand, the thing that you're heading toward. My character — the bow and arrow-wielding Nightstalker — even spoke back to Zavala. There was actual, meaningful reaction. And when what she said was confusing to him (and by extension, me) he responded with the appropriate amount of confusion. He gave me a voice. 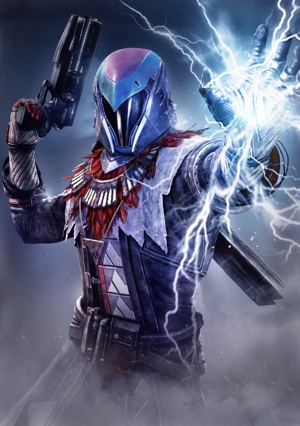 It went in like this for a minute or two as I ran through corridors without enemies. Then I encountered my first Taken.

These enemies are classic Bungie creations. Like the Flood in Halo, they're simultaneously familiar, confusing and disturbing. You can see in these creations the echo of familiar enemies but with a twist — often literally as their smoky and mangled bodies contort with their new dark powers. And some, when you shoot them, split in two. They are the Scions, and they will overwhelm and kill you.

They are wards of Oryx, the definitive big bad in The Taken King, and Halo's Flood isn't their only inspiration. Their shadowy visages and convulsions take what must be inspiration from Alan Wake, whose enemies are, too, shadows called Taken. This is its narrative underpinning, and it's a giant leap in the right direction.

"We're constantly trying to improve every part of Destiny," he said. "Certainly with the campaign, we're trying to deliver a story that players can really sink their teeth into. The Taken King's a villain, a bad guy that you see and understand, and his motivations and what he's doing. You're trying to stop. You understand the steps you're taking to get there, to defeat him. We're definitely trying to improve the storytelling in the game."

A LESSON, IF YOU'LL LOOK FOR IT

Our first encounter pitted is against these familiarly disconcerting enemies in a room designed to teach us about them. Bungie isn't didactic. There's no overt tutorial. But if you pay attention to the layout and their spawning locations, you realize that it's designed to your advantage. Try to fight them in the circular room's first floor, one-on-one, and you'll quickly be outnumbered and outgunned. Move to the second, overlooking level, and you've got the high ground and enough cover to fire, pull back and emerge victorious. 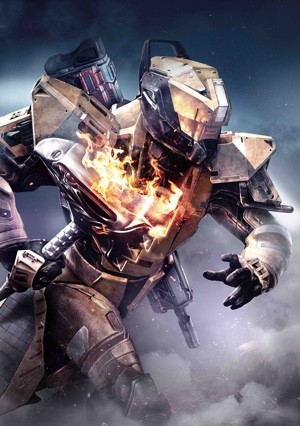 It is a tutorial, but only one you're aware of in the abstract. And the next room follows suit, filled with hulking Taken with shields that — surprise! — behave both similarly and differently than their less shadowy counterparts. This is by design.

"We're trying to teach the combatant roles," he said. "The Taken is the new combatant race in The Taken King and each of these units has new abilities and powers ... and we want to teach you those."

It's why the room is circular, he said.

"We want to teach you how to take on this encounter," he said. "Because of the circular design of the room, you get to see the Scions split. Whereas if it was in a hallway and there's boxes everywhere, you might not actually see what he's doing. So, when we're rolling out the new Taken units, we want them to be showcased in a way that demonstrates their unique ability and lets you play the game … the ‘How do I beat this guy?' game."

So the idea is to introduce the new enemies in layers, let you learn what they do, and then continue to layer them — both with more Taken and then with regular enemies. And it's off to a good start.

The Taken King is also about giving players new things to do. According to Noseworthy, each of the new subclasses is designed to do something that their overclasses don't do.

And the new location — where Oryx lives — the Dreadnaught may be the thing most closely associated with the expansion. It's a gigantic dungeon floating through space, filled with enemies and loot.

"It's a giant space fortress," he said. "He's Dracula and this is his castle."

"The point of them is to make players feel uncomfortable."

The campaign, the Crucible additions, the Dreadnaught: It's all of a piece, which Bungie hopes will entice players to pay the extra funds to play it, and play it differently then they've played Destiny before.

And maybe — probably, even — to change the game after millions of people have played it. Then again, with change being such a major goal, maybe the changes won't be too drastic this time around.

"Even once you've learned it — because I've been playing the Taken for a long time — they still make you feel uncomfortable," he said. "Like, that's the point. The point of them is to make players feel uncomfortable.

PlayStation at E3 2015: All the news, all the video, all the announcements