Nintendo explains why the Wii U didn't take off at launch

Share All sharing options for: Nintendo explains why the Wii U didn't take off at launch

The Wii U's lackluster launch sales can be blamed on one simple problem: it didn't have the games to support it, said Nintendo of America president Reggie Fils-Aime.

"This industry is all about content," Fils-Aime told Polygon at E3 last week. "I can map out why the Wii took off at launch, it had two killer pieces at launch: Twilight Princess, Wii Sports. Look at our DS business. Our DS business was OK, but it was the launch of DS Lite, the launch of Nintendogs, the launch of the first New Super Mario Bros. where that system sort of dramatically took off."

The same was true for the 3DS, he continued. It was the launch of Ocarina of Time and Mario Kart 7 that fueled its sales.

"So what happened with Wii U?" Fils-Aime said. "Once the software came that showcased the capabilities of the system, guess what happened? The hardware took off."

Back in March 2013, Shigeru Miyamoto bemoaned the flat launch sales of the Wii U. At the time he told us that the console's flat sales since its November 2012 launch was likely due to a lack of games that showed off the console's capabilities.

He felt that a few titles at the end of the year would boost sales, but what the Wii U really needed to succeed were more games that highlighted the Wii U's strongest feature: The GamePad.

"We're really focused on delivering content that takes advantage of that GamePad interaction and makes that second screen something that's very meaningful and so that's where we need to put our focus," he said at the time. 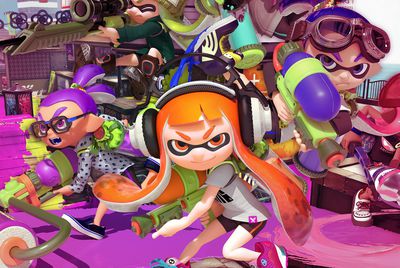 And, it turns out, he was right.

The end of that year saw a massive jump in Wii U sales, but then another slow down. That slow down ended at the end of last year with another wave of big titles and followed news of more games designed specifically with the GamePad in mind.

Fils-Aime see that too.

"I think it began holiday of 2013 as we prepped those launches that gave us some momentum," he said. "Then Mario Kart 8 hit, then it was Smash. I think it really was holiday of '13, when we started to get the momentum."

Now with GamePad-centric Splatoon out, and receiving positive reviews, and more details on a new Star Fox designed around the Wii U, Nintendo hopes to see that momentum continue.