Share All sharing options for: Mankind Divided's director on the four pillars that make a Deus Ex game

What makes a Deus Ex game?

The 15-year-old franchise has many parents. Its original developer has been defunct for a decade. Most recently, developer Eidos Montreal adopted the series with Deus Ex: Human Revolution in 2011. N-Fusion Interactive continued that storyline with Deus Ex: The Fall on mobile devices and PC in 2103. And next year, Eidos Montreal will release a sequel to its prequel, Deus Ex: Mankind Divided.

With so many cooks in the kitchen, we asked Deus Ex: Mankind Divided's gameplay director, Patrick Fortier, what constitutes the core of the franchise. The answer lies in four parts: combat, stealth, hacking and social interaction.

"Those are fundamental things to the game experience," Fortier told Polygon at E3 2015.

Deus Ex: Mankind's E3 2015 demo, which you can watch below, incorporates each in less than 30 minutes. There's fighting, there's sneaking, there's futuristic augmented powers that look indistinguishable from magic, and there's teamwork with non-playable characters.

There may be four pillars, but as fans of Deus Ex should expect, they're all set against the backdrop of an unfolding story whose outcome you, as the player, will determine.

"Overall," he said, "they're all wrapped up into this tight rope of freedom and choice and consequences." 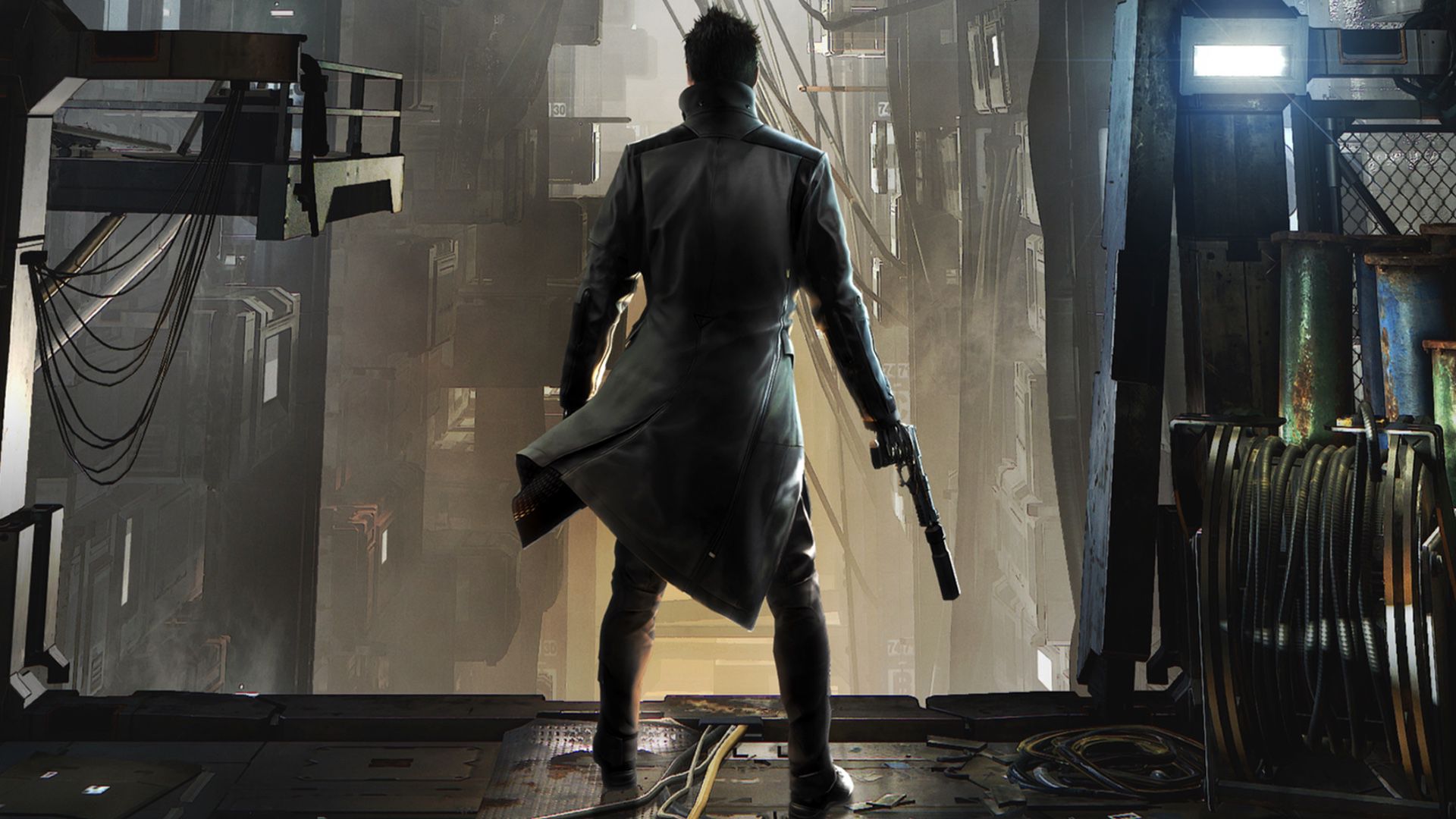 Given that understanding of the series — created by Warren Spector, developed by Ion Storm and released in 2000 — Human Revolution was about reestablishing, rebuilding and adding some new flavors. Its upcoming sequel gives Fortier and his team the opportunity to take their first attempt and expand it.

"We've gone from what was learned in Human Revolution," he said. "Now we can go further. We can play with it."

It's easy to think of a game as a single, monolithic entity, but as Fortier's use of "we" above reminds us, any final product is really the result of many. Though we're talking to the gameplay director, building Deus Ex: Mankind Divided isn't just about gameplay. It's about the story, too — and how those two things interact.

"The narrative team is very adept at finding ways of supporting all those choices possible," he said. "Not just having these arcs and these branches in the main path and then these very clearcut left or right [paths], but to actually have it throughout the whole adventure."

Player choice, in other words, is the molten core of a Deus Ex game. Everything else, from the toolbox of weapons and superhuman powers to the unfurling narrative set in a cyberpunk future, serves that master. They're more than arbitrary augments. They are the tools players use to construct personalized outcomes in a world developers create.

They are, as Fortier says, links on a chain.

"There are these little things you can do and maybe not even realize, but it's going to open up another opportunity — you're going to meet another character. Little by little, you get a chain of events and, suddenly, something that you did maybe in the first hour of gameplay — if you follow that chain — will actually decide which ending is available to you. You've actually set the wheels in motion from the very beginning of the game."

Correction: A previous version of this article said that Will Wright created Deus Ex. He didn't. Warren Spector did. The author was confused. We've corrected the reference and regret the error.