Share All sharing options for: ReCore: How two companies are making one game with only an ocean between them

How do you make a game at two different studios on opposite sides of the world, simultaneously?

The answer, according to the heads of both companies, is by drawing lines in the sand that might comfort the unnamed character in ReCore's first trailer.

There was much behind the trailer, designed to set the tone for the game. On one side, in Texas, they have a toolbox for game development. On the other, in Japan, there is a philosophy that shapes the game being made. Everybody knows their role, and their powers are combining right now to create the Xbox One exclusive.

A COLLABORATION IS BORN

Mega Man creator Keiji Inafune and Armature first worked together when the former was still at Capcom. That collaboration is reported to have been Maverick Hunter, the canceled first-person shooter take on Mega Man that died an unceremonious death in 2010, the same year Inafune left Capcom and founded Comcept, his independent studio. To date, it's best known for the in-development spiritual successor to Mega Man, Mighty No. 9. 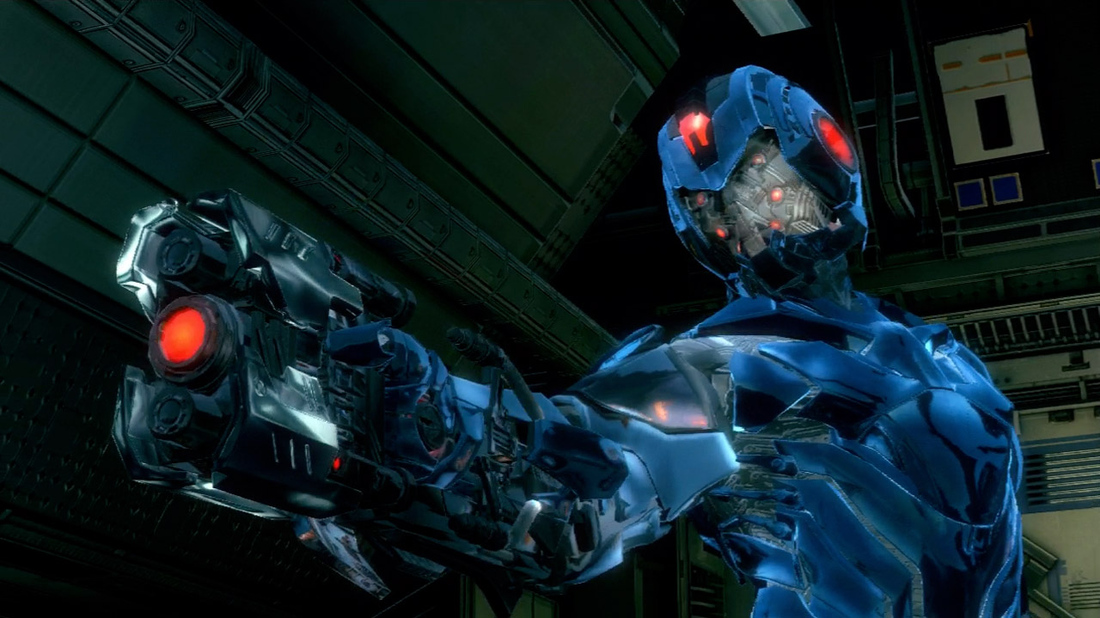 Maverick Hunter: The Mega Man first-person shooter that could have been

Although their first collaboration never came to fruition, those involved still wanted to create something together. In the years since, Pacini and his team of Metroid Prime series veterans at Armature looked for opportunities to work with Inafune again.

About 14 months ago — about four years after Maverick Hunter's dissolution — ReCore was born of desire, a sense of opportunity and the funding of a third party whose console the game will debut on exclusively.

"Inafune-san's group came to us with this kernel of an idea," Pacini said, "and we started poking around with it and ended up coming up with the skeleton of what ended up being ReCore. At that time, as well, we were talking to Microsoft and we said, hey how can we work together? That just seemed like a natural evolution. Let's bring Inafune-san along for the ride, and the whole package together seemed to make a lot of sense."

A GAME IS BORN

Though they've been working on the game for more than a year, Pacini said that ReCore is "just going into full production now." There's an internal demo for the game, which is slated for release sometime in 2016.

They already had the desire. Then they got the concept. The funding followed. At some point, they also had to figure out the practicality of making a game together. Their solution is based on respect, clear lines and a bit of economic theory.

"For example," Pacini said, "Inafune-san's group is the stakeholder of the world and the character and the stories of ReCore. The base philosophy. And they kind of view things from that, where Armature is kind of looking at it from the nuts and bolts. While we have a huge amount of input in the story and Comcept has a huge amount of input on the nuts and bolts, we kind of put that dividing line in there purposely so that we can, when we step back, understand who's really responsible for certain things in the game." 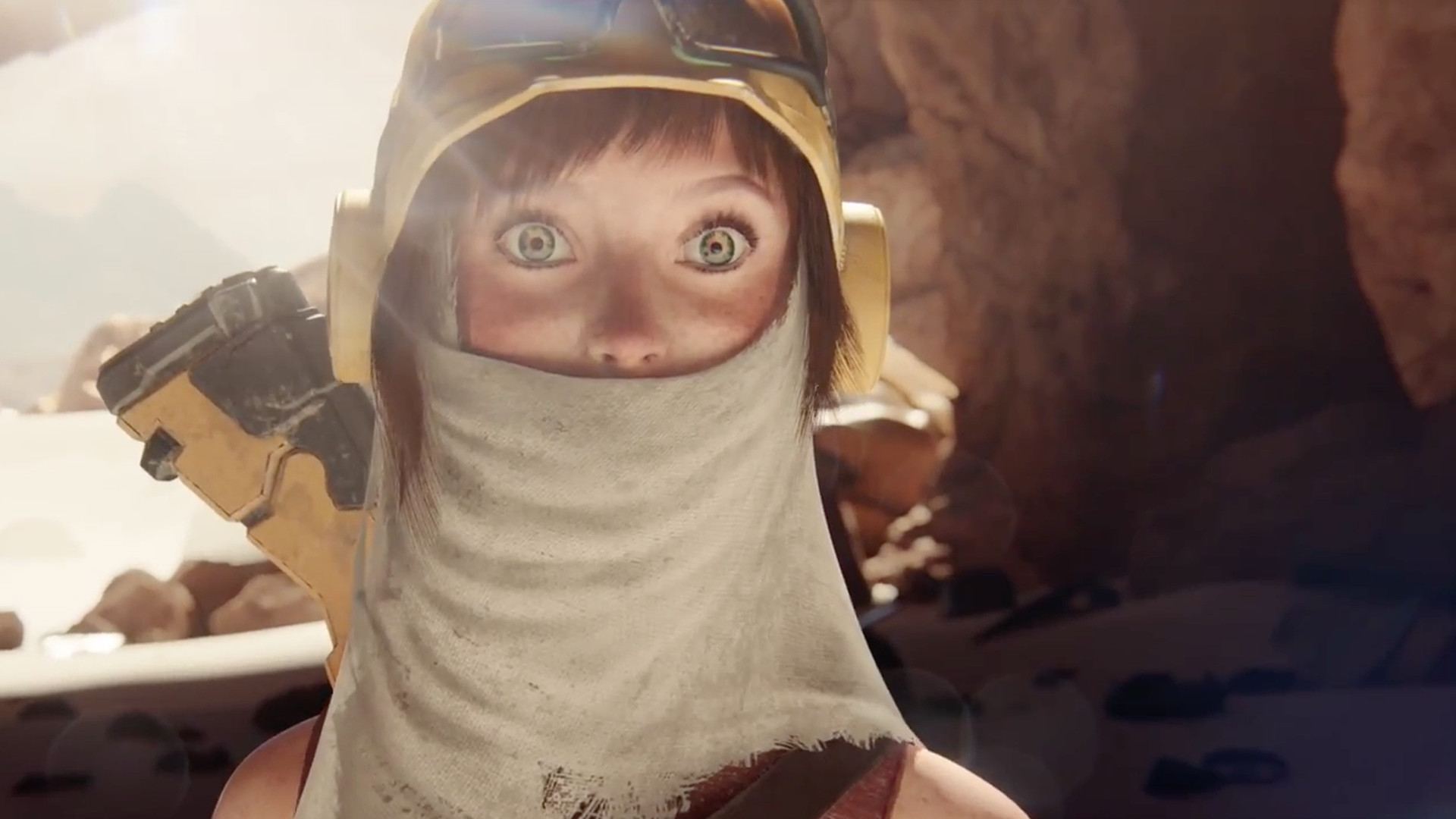 It's necessary, he said, not only because the alternative could be confusing, but because it allows each studio to specialize while collaborating.

"Instead of it being a free-for-all idea fest," Pacini said, "Armature can say, 'We're doing the player mechanics. We're doing all the how the robots behave. What are the AIs? What are the locations? How is the world constructed?' And Comcept is looking at it from a philosophical standpoint like, 'OK, that doesn't make any sense to us. What if we did this? Or what if we did this idea? We really want to do this with the story, how about we do that? How can we fit that into the gameplay?'"

The temptation to frame the collaboration as East meets West is appealing, but their hemispheres don't play much of a part, according to Comcept founder Keiji Inafune.

"The truth of the matter is, it can be an East-East collaboration," Inafune told us at E3 through a translator. "It could be a West-West collaboration."

So it's not so much about geography as it is about drawing those lines so that the human beings involved in the process don't butt heads.

"In most cases, there's a sense of I want to — even though it's a collaborative process, or partnership, I feel that in many cases there's a sense of who gets to control what part," Inafune continued. "And that control tends to lead to controlling. This means, 'I get tokens of one-up the other party.' Even though you're in a partnership. And that, to me, does not create a true, collaborative sort of partnership or process."

Nobody but those involved knows for certain whether the collaboration is working as well as it's designed to, but it's clear from talking to Inafune and Pacini that their partnership isn't being taken lightly. They have a plan to make a game, and that plan involves not just managing logistics but also the men and women creating ReCore.

It's about fostering what the Mega Man creator calls "true collaboration," which leads to better relationships and better games. The division of labor is as much practical as it is economic, allowing each studio to focus on what it does best. 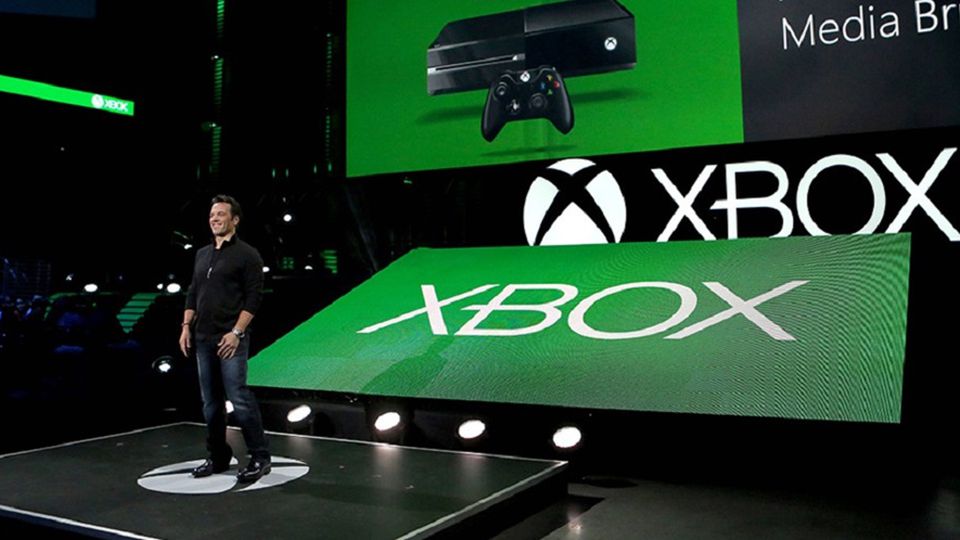 Xbox at E3 2015: All the news, all the video, all the announcements

And that's a little bit more sound economics, too. The theory of comparative advantage says that, even if any one party could do everything it needed, trade is still a good idea. Why? Because, comparatively, each party is always going to be better at doing something — and comparatively worse, too. Each has advantages, as compared to their trade partners. So, the theory goes, let them specialize in what they do best, and everyone will do better.

What's that have to do with video games? Well, with ReCore, Armature and Comcept are trading ideas.

"When it's true collaboration, everyone, both sides, both parties, are on equal level," Inafune said. "But that doesn't mean that we have equal skills, equal technique. And that's where I think the way it works, with us, is we understand each other's strengths."

There's even humility in Inafune's response — a tacit acknowledgment that Armature brings more to ReCore than Comcept would alone.

"There are definitely certain things that we know that Armature is going to have the better ideas, and it would be foolish for us to not go with what they just proposed," he said. "Because you know what, we haven't come up with those ideas to date and I don't think we will in the future, so you know what? Let's go with that."

The division of labor wasn't arbitrary, said Inafune, but drawn according to each studio's best assets.

"Trust and respect is what I think is most important"

"As a result, alluding to what Mark was saying, I think that created that natural sort of divide, of where we can sort of lead or initiate some of the work, whereas Comcept sort of tends to own or initiate the topics or subjects of conversations. So, (a) being on an equal level, and (b) more than just being fellow game creators here, just as person-to-person. Team-to-team."

Practicality is important. They're spending money and time to make ReCore, so efficiency must be an important factor. But beyond practicality, it's about human relationships, Inafune said. And if the relationship is good enough, both sides can be honest and direct without hurting feelings. If that's true, then ReCore should be better for it.

"Trust and respect is what I think is most important, and I think we have both earned each other's trust and respect. And so, I'm not exaggerating in any way, but the amount of respect that myself and my staff have for the folks at Armature is at a very, very high level. And knowing them, I think that we are able to say and exchange some of these opinions. Whether good or bad, we don't have to feel like we're saying something bad. If this is just a means of discussion, and to get the conversation moving. I think that's really the true foundation of a partnership."

Xbox at E3 2015: All the news, all the video, all the announcements