Minecraft saved my father's gaming life, and helped our relationship

Share All sharing options for: Minecraft saved my father's gaming life, and helped our relationship 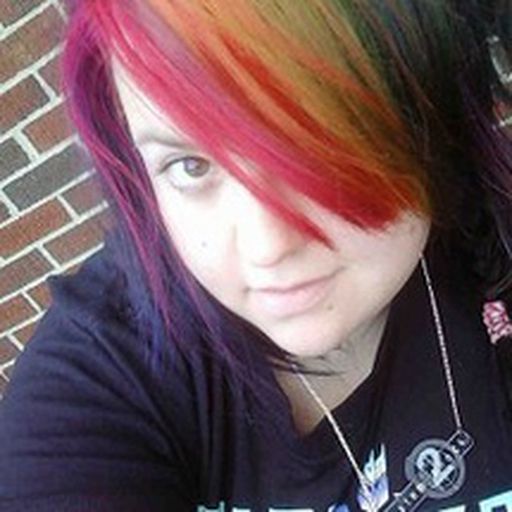 My father was my very first video game hero.

He brought us a Nintendo Entertainment System from a pawn shop when I was a toddler, and cemented what would eventually become a decades-long love affair with the medium in my tiny brain. I was head over heels in love with gaming and, with Dad as my guide, I was in for a whole new world of awesome.

We'd play for hours together, picking up our Nintendo Zapper guns and taking aim at dastardly outlaws in the darkness of our living room. Later, we gravitated to Mario Tennis on the Nintendo 64, where I'd throttle his Mario with my Yoshi 30-Love until he slammed down the controller in mock disgust.

Gaming was his way of spending time with me in ways he knew he’d never actually be able to, due to an early diagnosis of muscular dystrophy that confined him to walking with a cane and later on to a wheelchair for longer outings.

Whatever we could find, we'd play together, because Dad knew he'd never be able to hit the green with me in real life or run around a tennis court to best me beyond the virtual world.

Unfortunately, the years passed and our console collection soon withered away to nothing. So too did our emotional bond, originally bolstered by a shared love of gaming. It’s now 2015, and Dad is a much different man than he was when I was clad in a Batman T-shirt and leggings sitting on his lap in our living room. He’s into reading sports news online and working on his wheelchair basketball technique.

But there’s one very important thread that we do still share: Minecraft.

Mojang’s colorful and imaginative sandbox in which you can erect any sort of architecture or interact with nearly any type of character by way of mods is a mainstay in our home. When my father wakes up, he de-stresses by farming some experience with a monster spawner. In the evening, to relax, he’ll create a minecart system powered by redstone to better navigate the castle he’s erected, an exemplary bit of architecture that took him months to construct.

I’m thankful. I’m able to share the medium I’m most passionate about with Dad thanks to his introduction to the world of Minecraft. He became enamored with Minecraft from the moment he loaded his first world, and I couldn’t have been happier. This was his ticket back into gaming.

For the uninitiated, Minecraft is a juggernaut in the PC gaming world, with a bustling mod community, dedicated Let's Play streamers, and hundreds of variations on play to keep things fresh. Nearly everywhere you go, even in department stores, you see the gaping mouths of Creepers, blank stares of Steve heads, and even diamond pickaxe styluses. It’s not so much a game as an industry, a cultural force that extends past the computer and consoles.

The circle of extra lives

We’ve managed to bypass the disconnect that often occurs between older parents and their aging children, having come full circle. This time, Dad’s the one amazed by what modern gaming is capable of, and I’m the one cheering him on from the sidelines.

I’m convinced it could be this way for everyone, whether it’s via Minecraft, Terraria, or other similarly accessible games. These games, and their casual contemporaries, are very much "gateway drugs" for non-gamers and even those who enjoyed them before, but for some reason strayed from the path.

I’d like to take credit for being the sole introductory conduit through which Dad could finally come to life via the world of gaming again, but I really have to hand it to streamers like Tobuscus or CaptainSparklez, whose combined hundreds of videos went a long way when it came to introducing him to the basics of the in-game world or which mods were worth downloading.

He’d start with a few downloads a night on my own personal Minecraft account, and in a few months he had a small library of mods with his own game key and more saved worlds than I thought I’d see in one lifetime of play.

He’d begin rattling off advice to me about how to create items in-game when I found myself faltering, and when life dictated I spend less time within the enormous world he and I played in, he soldiered on to create his very own worlds, reveling in a plane where he could not only run and jump to his heart’s content, but that he ruled with absolution.

It didn’t end with Minecraft, though. I’ve seen his rampant enthusiasm come out during televised commercials for the PC release of Diablo III, and most recently, The Witcher 3: Wild Hunt. He’s not so sure his rig would be able to run the PC version of CD Project RED’s game these days, but when I mention that I could stream it via PlayStation 4, he’s keen on sitting by and watching me.

He’ll talk about a possible future Wii Sports Resort playoff run or a rousing game of Mario Kart too, if I ever bring my Wii U over to play. In these moments I can rest easy knowing my dad has returned to my realm. He’s eager to speak with me about my favorite activities again just as I’ve learned the jargon of his. And I’m hoping I’m able to preserve it forever.

This is very much a relationship and an experience that I believe any parent can have with their child, even if there’s a dormant enthusiasm for gaming or it’s never been there in the first place. And it doesn’t have to stop at the parent and child relationship.

It can extend to anyone in your life, but particularly older family members or acquaintances whose lives could be further enriched by video games, especially those who have a lack of mobility or the physical means to get up and get out into the world to do something.

Games have changed so much in the 20-odd years I’ve been following them. Online play has never been as welcoming as it should have been, and Xbox Live and other modern venues have all but blown it out of proportion.

PC titles can take so much effort to run if you don’t have the latest and greatest equipment, which some gamers can’t always afford. And it’s a lot easier to play with what you’re familiar with, which for my father was first-person shooters and PC titles, hence his jumping right in with Minecraft.

I also bristle when people say that the world of Let’s Plays and streaming is only for children, as my father proves otherwise. Experiencing games in this way allowed him to learn about them, and watch me play. There’s no age-appropriate bucket for video-based gaming content, and I’m glad it’s there alongside more traditional gaming media.

He started with Tobuscus, because I showed my dad some Happy Wheels videos he had done. We'd sit in the living room and watch YouTube on our smart TV and I'd suggest videos for us to watch. I hadn't broached gaming again before that day. One day he stumbled upon the Minecraft videos Toby had created and it snowballed from there.

The spread of gaming content on non-gaming devices has made learning about games, and how to play them, more accessible than ever. Anyone dismissing Let's Plays as a youthful pursuit are missing the boat; they're an amazing way to introduce anyone to gaming.

Watching Minecraft revitalize my father’s love for the video gaming world has me spending a bit more time on games that I would normally play through once and move on. Having video games be your lifeblood can sometimes blind you from the pleasures that simply playing, not just beating, games brings. He’s not rushing to any end goal, he’s enjoying the journey.

So when I spend 80 or more hours with Geralt, or in Thedas, or catch every Pokémon, I don’t feel the itch to simply move on. I take inspiration from my dad, who keeps soldiering and creating.

It’s worth taking the initiative to find that special game that can connect you to your loved ones; the only non-gamers are the ones who haven’t found the first title they can love.