Most post-apocalyptic games are full of chaos, despair and destruction; Everybody's Gone to the Rapture, for better and worse, has only the calm and silence after the end.

As the first console exclusive game from indie dev The Chinese Room, Everybody's Gone to the Rapture builds on that small team's experience with 2012's Dear Esther, a narrative-focused experience that was sort of like the video game equivalent of a poem — brief, emotional and with a depth that's more about powerful language than a complicated plot or game mechanics. Rapture follows much of that same structure, with one major difference: it's a five- to six-hour experience versus Dear Esther's one or two hours.

The questions then become: Can The Chinese Room's low-key style hold one's attention for that long? Does the game earn the half-dozen hours used to tell its story? The answer is a little more complicated than I'd hoped. 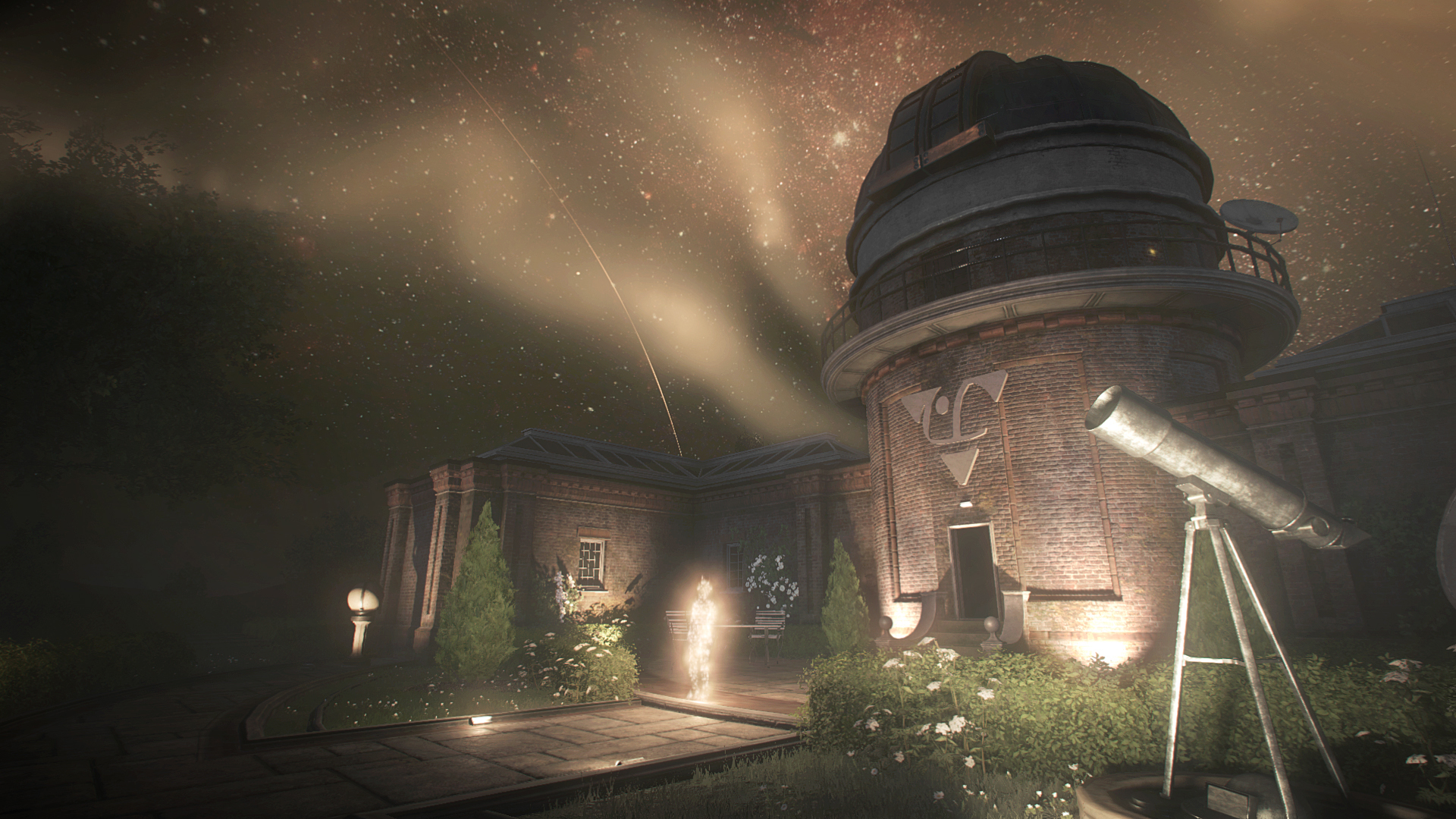 Everybody's Gone to the Rapture begins by dropping the player — as an unnamed first-person-view source — into a pastoral field. You soon discover that you're in the area surrounding a rural British village, a locale known as Yaughton Valley. It's an idyllic location, all picturesque farmsteads and homey small-town inns, save for one defining feature: The entire population of Yaughton has disappeared.

The goal of Everybody's Gone to the Rapture is to explore Yaughton and discover what happened to the village. As you might expect from the minds behind Dear Esther, Everybody's Gone to the Rapture is mechanically minimal. The game employs a grand total of four inputs: the two analog sticks to move and look around, the ‘x' button to interact with a small handful of things in the environment and the PlayStation 4 controller's tilt functionality. That's it.

That last mechanic, the tilt functionality, is the most interesting and offers the earliest hints at what happened here. As you explore, you'll come across little balls of light. When you approach them, they might fly away, urging you to chase after, or they might suddenly take human form and begin playing out a flashback, giving you another piece of the puzzle of what went down in Yaughton. Or, in a smaller number of instances, the light will float there, waiting, as the game's sound is overtaken by a sort of radio static.

In these cases, the only way to uncover the flashback is to tilt your controller, almost as though you were tuning a radio. If you find the correct angle and hold it in place long enough, a new scene will unfold in front of you. It's a strange mechanic and took me about half of the game before I really understood it, but it adds an element of physicality that was welcome.

It's noteworthy that all of the floating balls of light you come across affect the game's sound, because sound is one of the most striking features in Everybody's Gone to the Rapture. In a post-apocalypse where the people are already gone, silence is everything. The game builds tension by letting you wander in near-total quiet, only the sounds of your footsteps or grass waving in the wind or a creaking gate to break up the monotony.

But Rapture also knows when to relieve that tension. During its most dramatic scenes, music will come swelling in, and the songs will often last for a minute or longer after the dialogue has ended, providing an aural cue to force the most powerful moments to stick around in your head even as you begin moving along to your next destination. The music, recorded by the Metro Voices and London Voices choirs, is incredible; it often moved me more than the story itself.

It's the spots between the music, as you're searching for the next bit of plot, where Everybody's Gone to the Rapture can get frustrating. Unlike the fairly linear layouts of Dear Esther and The Chinese Room's other major previous release, Amnesia: A Machine for Pigs, Yaughton Valley is basically a miniature open world. If you'd like to jog right to the "final" area in the game the moment you start, there's not much getting in your way.

There is only one movement speed in Everybody's Gone to the Rapture: painfully slow

Of course, "jog" is a poor word choice on my part; what I should say is walk, or maybe even limp. There is only one movement speed in Everybody's Gone to the Rapture, and it is painfully slow.

On the one hand, I suspect this choice was made to encourage players to carefully take in every detail of the surroundings, and I respect that. On the other, it makes turning around to return to an old area an aggravating task.

Like an old survival horror game, a lot of your time in Everybody's Gone to the Rapture is spent walking up to houses and testing doors to see if they're locked or unlocked. I wanted to get every snippet of story I could, which meant I wanted to try every door I saw. But only maybe 30 or 40 percent of those open up into houses that can be explored. The rest are locked, which, combined with the snail-like pace of the player character, led to growing annoyance the deeper I went into Yaughton.

More than anything, the slow pace of movement in Everybody's Gone to the Rapture feels at odds with the game's apparent goal of encouraging players to explore and take everything in. By the time I was a few hours in, I found myself beelining in whatever direction I thought was the end of the game. This didn't have anything to do with a review embargo; I had plenty of time to play and finish the game, I just got so exhausted by how sluggish it was.

The finale, at least, was worth the trouble. Everybody's Gone to the Rapture isn't the kind of game that's going to give you precisely all of the answers you want, but what it provides should satisfy those who are driven by the mystery above all else. In the end, though, it's not really a game about discovering the whys and hows of this British apocalypse.

Rather, it's a game about people; it's about incredibly flawed humans making mistakes, coping with tragedy, fucking up, getting angry at each other and, in their best moments, forgiving each other and forging connections. It's impressive how many individual tales of basic humanity The Chinese Room was able to build into the game, and they're presented in an empathetic way, where even characters who seem like miserable wretches are not beyond redemption.

Everybody's Gone to the Rapture contains astounding humanity beneath its flaws

It's a bit surprising that a game where you literally never see another person has the most humanity of anything I've played this year. And that makes it all the more unfortunate that a few of the design choices — the walking speed in particular — pushed me away and weakened my experience. Everybody's Gone to the Rapture has some incredible, down-to-earth stories to share, emotional stuff that transcends its end-of-the-world scenario. But, not unlike any of the game's characters, you'll have to see past its flaws before you can learn to love it.

Everybody's Gone to the Rapture was reviewed using a final PlayStation 4 download code provided by Sony. You can find additional information about Polygon's ethics policy here.