Volume is a game of observation and action. It is a stealth game of patterns.

Patterns are the concrete powder of video games, the heavy bags of gray stuff from which solid structure and delicately colored ornament are wrought. Mike Bithell is a designer who understands the fundamental appeal of patterns, both through the challenges he presents to players and in the cooly beautiful worlds he renders.

We saw this talent with his previous game, Thomas Was Alone, a humorously minimalistic take on the platform game. With Volume, Bithell further explores that pattern recognition with a game of hide and seek, in which quiet calculation triumphs over brute force.

Volume is a series of 100 isometric maps, viewed from an angle above. Each offers pathways, obstacles, gadgets, rewards and a resolution. The hero is a thief. The obstacles are guards. If used correctly, the gadgets serve to aid the thief.

I often found myself revelling in the joyful grace of an enemy's shifting cone-of-vision. This is the pleasure of all good stealth games: tapping an enemy on the shoulder, darting behind a wall, sliding into the guarded room. As the guards moved about, as pillars and walls splintered their line of sight, my hero paced and wall-hugged, jumped and sprinted, laid traps and whistled distractions. Zigzag cone patterns whirl across the floor, delighting the eye as they blink from extreme peril to brief opportunity.

Each elegantly constructed map offers up a series of puzzles that exercise the mind as well as the player's wit and dexterity. Volume works because, even in the tightest corridors and rooms, the interactions between hero, villain and environment are true.

Volume's adversaries appear as guards who come in various models, displaying different levels of malevolence and doltishness. They are always convincingly menacing, especially when they spot the player and execute their unflinching duty to rapid violence. Three of my children watched me play one level, and collectively flinched when I accidentally set off alarms, alerting the frightening robot-like centurions.

But Volume isn't an especially difficult game, just a challenging one. The learning curve is gentle and forgiving. Gadgets include lures and decoys, invisibility cloaks and trip-wires. When first introduced, they are usually easy to deploy (though I found the trip-wire fiddly at first). I did reset one level when I felt like I had trapped myself by taking a wrong turn.

Most of the puzzles in Volume present the solution in the form of the gadget, or an obvious hiding spot or both. But the player is generally required to find out the potential of the gadgets through experimentation and innovation.

The only gadget I disliked was a stun-gun, though it was introduced late in the game and offered up sparingly. On those occasions when multiple gadgets were offered, I ignored the gun.

Guns in stealth games feel inappropriate to the form. Shooting games are a manifestation of pure rage against power, while stealth games create the comforting illusion that intelligence can defeat tyranny. 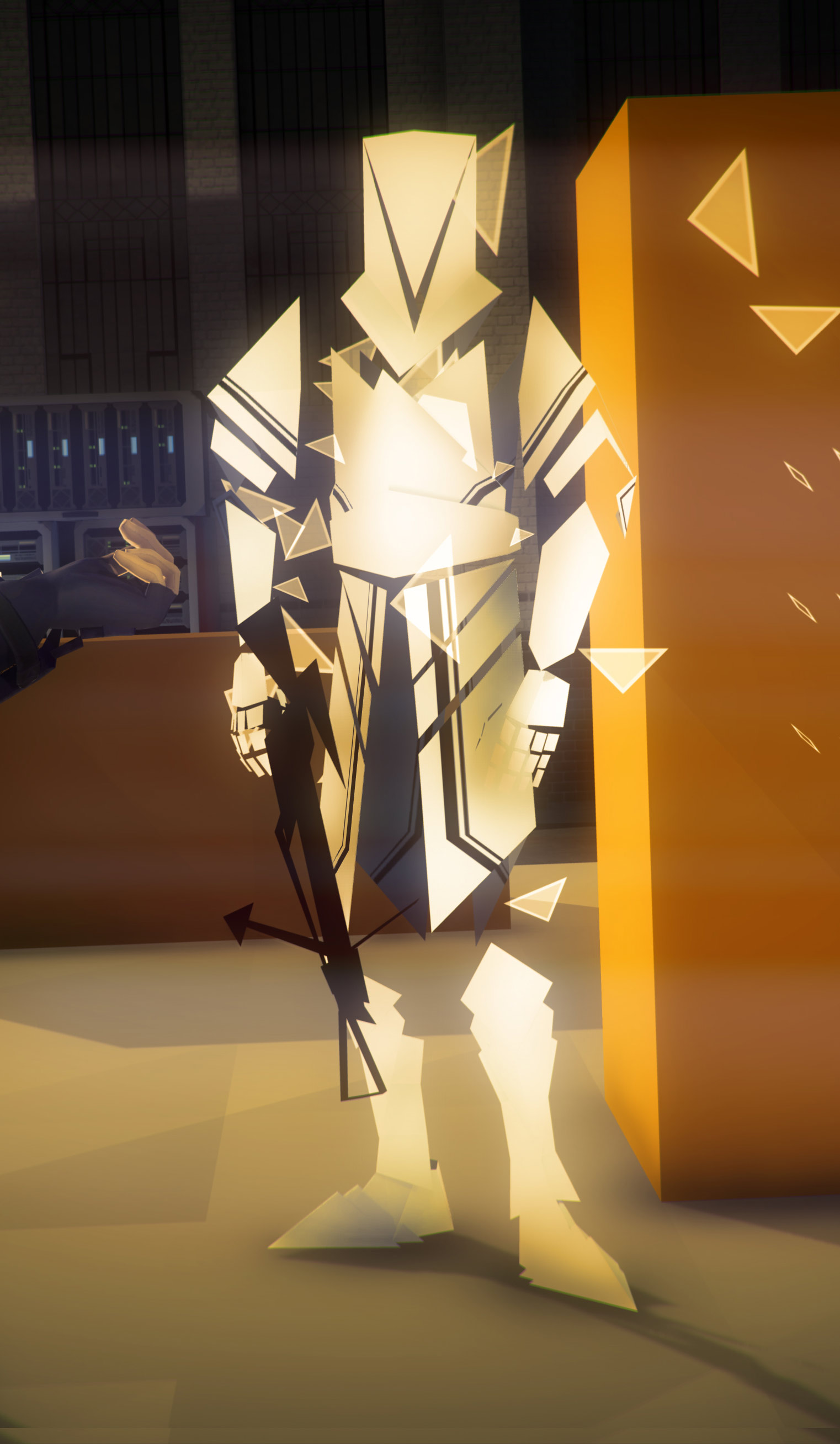 I managed to complete the main game without breaking any crockery or keyboards, which is always a plus. I did sometimes find myself needing to step away from one seemingly intractable problem or another, only to return later to see the answer staring me in the face. There were certain guards who I tried again and again to defeat, only to realize that I was taking entirely the wrong tack.

These observations aren't criticisms. A good stealth game tricks and bamboozles the player, even while the player seeks to outwit the game.

Players are scored on the time it takes to complete each level. I only managed to hit par on a few levels, but went back to try to beat the maps as quickly as possible. Speed-runs will feature on YouTube and Volume has obviously been tooled for just this purpose. Even as I carefully made my way through certain levels, I could see the potential for significantly faster progress, for those with the skill and the grit.

Aside from its mechanics, Volume is notable for a strong story. It's set in England in the middle part of this century. One Guy Gisborne has managed to corrupt the country's political systems to create a malicious corporatocracy. Robert Locksley is a hacker and activist who breaks into the simulated nerve-centers of Gisborne's power apparatus to steal incriminating data, which is then shared with the downtrodden people. The whole exercise is transmitted via some futuristic video channel.

It's also told through notes strewn about the levels. Textual additions in video games often feel like treats for the truly devoted fan, but in Volume, they tell an enraging story of corruption and political decay that speak to Robin Hood's medieval origins, to this game's own futuristic dystopia and to our sad present day.

These notes are sometimes excerpts from news reports or interviews with Gisborne that track his rise through a broken country's disarray. Volume's writing is taut, original and righteously outraged by the self-serving nexus of politics, media and business.

Ultimately, the game is big enough to ask serious questions, and not to simply accept trite answers about heroism. Locksley's struggles with the consequences of his campaign add depth and flavor to the entire undertaking.

Humor is an ever-present part of Volume's repertoire, from Alan and Rob's conversations to those little scattered notes, the jokes are of that deceptively nice British hue. As in Thomas is Alone, Bithell investigates the potential humanity of computers and artificial intelligences, smartly allowing himself to address the player directly through Alan's bleatings.

Volume has anger to go with its beauty and wit

Volume features a level-creation tool that I played with too briefly to critique, but it's likely to spawn many more maps, many more patrols and patterns. I'm looking forward to playing the best of them. Bithell's sophomore effort is a lovely thing made up of spellbinding puzzles that demand the player's attention. Its beauty, wit and intelligence are nicely offset by its quiet anger.