Until Dawn is the most important mediocre game I've played this year.

At first blush, Until Dawn looks like a generic horror game, full of tropes stolen from years of slasher films and mechanics borrowed from the likes of Quantic Dream's Heavy Rain. That first impression isn't entirely wrong, either. But there's a depth hidden here as well, a layered approach to narrative that is equal parts impressive in its complexity and frustrating in the middling game that narrative is often buried in.

Until Dawn is so focused on its big, impressive, ambitious core idea — it's a horror movie where you control the fates of everyone involved! — that it lets the smaller details slide. Those details add up, though. Over the course of a 12-hour game, the erratic directing, cliché-ridden writing and frustrating quick-time events wore down my initial love for the game.

Until Dawn starts slowly, taking its time to introduce each character

Until Dawn follows a standard horror film setup: 10 friends go on a yearly retreat to a secluded cabin in the mountains of British Columbia. After a prank goes horribly wrong, two of those friends — twin sisters Beth and Hannah — disappear into the woods and don't return. One year later, the group decides to go ahead with another excursion to their cabin, treating it as a chance to celebrate the lives of their presumed-dead friends and seek closure.

It takes a nice, long while before everything falls apart, though. With a runtime of around 12 hours versus the two or so that a traditional horror film runs, Until Dawn starts slowly, taking its time to introduce each character.

However, this extra time didn't yield the kind of character depth I hoped it would. Until Dawn's cast mostly breaks down into recognizable horror film clichés.

But in its best moments, Until Dawn allowed me to actively break with these conventions. Rather than sticking to one main protagonist, I was bounced between control of all of these friends at one point or another throughout my playthrough. And at any point while playing as someone, I was able to jump into a menu and see how strong their relationship was with each of the other characters, a measurement that I could modify and shift through my choices in both dialogue and actions.

Early in Until Dawn, I spent some time as Matt, the dim but well-meaning jock character. In one scene, Matt's malicious girlfriend, Emily, tried to start drama between Mike and Jess. In playing through this scene multiple times, it was clear that each choice made a real, noticeable difference.

When I continuously sided against Emily and pushed back on everything she said, she grew colder toward Matt throughout the game in really tiny ways that rang true, little quirks to the conversation that transcended the stereotypes of their characters. When I chose to be more supportive, that never happened. I was impressed by the subtlety and impact of these branching conversations and relationships.

If you push far enough in the wrong direction, Emily and Matt's relationship may not last through the end of the game — assuming they both survive. 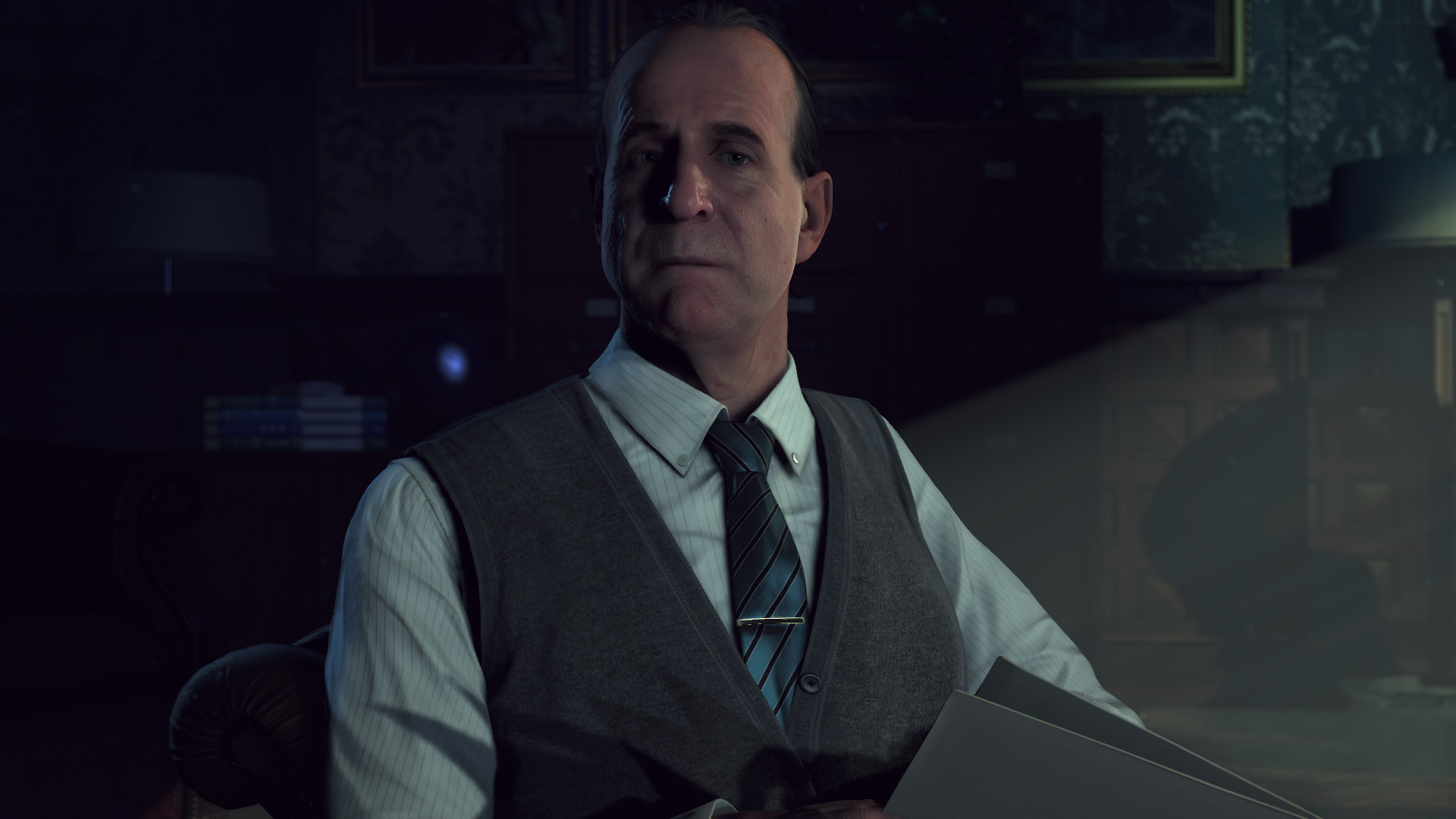 That's the other big part of Until Dawn's branching storyline: Every one of the eight main characters can die by the end. You can finish the game with all of them alive or no survivors, depending on the choices you make. And to be clear, it is not easy to keep everyone alive. At the end of my first playthrough, half of the crew had died in various vicious, gory scenes.

This struggle to keep characters alive is a powerful tool that kept me engaged while I played, but it's also heavily flawed. Until Dawn wants its character deaths to have impact; to achieve that, the game has been stripped of manual saving or checkpoints of any kind. If you make a mistake or a poor choice and a character dies because of it, they're dead. Unless you want to start the game over from the very beginning, you have to live with whatever has happened.

On the one hand, I really respect this design choice. It makes sense in a narrative-focused game like this, and it helps ensure a wider variety of outcomes among everyone who plays Until Dawn. It's likely that most players are going to lose some people; it's unlikely they'll all lose the same people, or lose them in the same ways, from the same screw-ups. That makes for a game worth discussing with friends who are also playing it.

My problem, then, is that some of the death conditions in Until Dawn felt completely arbitrary. This is not to say that I played perfectly. At least two of the deaths in my game legitimately came from poor choices on my part — from responding thoughtlessly during an action sequence, and from failing to fully search an area and find an important piece of information hidden there.

But the other two? They were from failing quick-time events, lightning-fast on-screen button flashes. These are Until Dawn's shortcut for action sequences in a game designed mostly for storytelling. Whenever you get into a chase or a fight, you'll need to tap buttons within seconds of them appearing on screen. Those aren't the worst part, though. The game also employs a special challenge during its action sequences where, if your character is hiding, you need to hold the controller completely still for a set amount of time.

Listen, I drink a lot of caffeine. I make no claim to having steady hands. But I still tried like hell to be completely motionless during these sequences. I only failed twice, and both of those times led to characters dying. That sucks, and it didn't feel earned by the game. I was fine being punished when I made a bad choice during a sequence, but losing a character for good after eight-plus hours of investment just because I shifted my body weight less than an inch during a cutscene? It killed my enthusiasm.

Until Dawn has serious pacing, direction and writing issues

My eagerness to praise Until Dawn was also drained by the game's inconsistent writing, direction and acting — three things that seem essential for a game so clearly inspired by film. Developer Supermassive Games has put in the effort on the acting side in terms of getting recognizable names, at least. The cast is full of legit actors who have a history of solid performances — most notably Heroes alum Hayden Panettiere as Sam and Agents of SHIELD lead Brett Dalton as Mike.

Those characters also look just like their actor counterparts, with detailed character models that straddle the uncanny valley. Generally speaking, Until Dawn looks great, and there are fleeting moments where I felt no different watching these characters interact in the game than I would watching the real actors on the big screen. Inevitably, though, that illusion was shattered by an awkward character animation, a dead-eyed stare or one of a half-dozen other common giveaways, reminding me that as impressive as gaming's leap in technology has been this generation, it's still not easy making characters look and move believably.

Until Dawn's serious pacing, direction and writing issues are even more damning. Until Dawn is full of awkward cuts, long moments of unintentionally hilarious silence and hopping between scenes and perspectives with no regard for holding the player's interest. And likewise, for as subtle as the game can be with its tweaks to character relationships, it's not above hitting you over the head with heavy-handed dialogue and forced jokes that made me groan more than laugh.

Until Dawn isn't a great game, but it's compelling in spite of its huge flaws

Until Dawn exists within a strange duality. It's a game that's generic while being unlike anything else I've ever played. It's bad in some very evident ways, and yet I want everyone I know to try it. It's not a great game, probably not even a good one, but it does things I want every narrative-based game going forward to learn from. I'm still fascinated by it, still planning more playthroughs for myself, still wanting to recommend it to friends. Until Dawn's greatest mystery may be how it manages to remain compelling in spite of such huge flaws.