It's fitting that one of the recurring themes of Metal Gear Solid 5: The Phantom Pain is about the loss of a part of your being. Phantom limb pain is the sensation that flesh once a part of your body can still be felt, can cause you suffering, after it's gone.

Series creator Hideo Kojima has been making Metal Gear games with publisher Konami for close to 30 years, creating sequels and prequels that bounce back and forth between the future and the past of a labyrinthine fictional world of spies, cold wars and walking nuclear weapons bearing the series' name. The Phantom Pain, an open-world stealth game about the adventures of Big Boss, also known as Snake, seems to be his unexpected swan song. The Phantom Pain closes the loop on the three decade-long Metal Gear saga and the result, warts and all, turns out to be one of the best entries in the series.

Players who haven't touched last year's Metal Gear Solid 5: Ground Zeroes will find themselves thrust into a conflict that can be pretty confusing

Set between the events of 2010's Metal Gear Solid: Peace Walker and the original Metal Gear, the 1987 stealth game progenitor in which Big Boss plays the role of chief antagonist, The Phantom Pain serves as a sort of "missing link" between those two games, an opportunity to learn how Big Boss transformed from a sympathetic hero to an iconic villain.

Players who haven't touched last year's Metal Gear Solid 5: Ground Zeroes will find themselves thrust into a conflict that, without similar knowledge of previous Big Boss-starring games Metal Gear Solid 3 and Peace Walker, can be pretty confusing. The Phantom Pain doesn't waste much time getting players up to speed, but tells them that they're on a mission of revenge, a mission to rebuild Big Boss' once-thriving private army.

In an effort to grow that force, named Diamond Dogs, and expand the group's stronghold, Mother Base, Big Boss takes on paid mercenary missions to fund his private military group. These missions include exfiltrating prisoners; eliminating military commanders either through assassination or kidnapping; dismantling the infrastructure of occupying forces and more.

Big Boss has a wealth of weapons, tools and tactics at his disposal in stealth and combat situations. He can sneak in quietly, knocking out foes with tranquilizer darts or go on a murderous rampage, unleashing air strikes and sniper fire at bases until everyone stationed there is dead. I found both tactical options to be valid in The Phantom Pain, sometimes depending on the mission at hand, though taking a stealthier approach I found paid dividends over time. As a stealth game pacifist, I preferred to keep my kill count low, though I rarely flinched when required to shoot some poor young soldier in the face. Occasionally, I felt better about just shooting them in the knees to disable them, then hoping that they'd survive a trip back to Mother Base.

One of the most effective tools in Big Boss' bag of tricks is his set of binoculars. As in the game's prologue, Metal Gear Solid 5: Ground Zeroes, observation of the battlefield is vital to your success in The Phantom Pain; Big Boss can mark enemies and track their location with a godlike clairvoyance. Unmarked enemies can often surprise you and ruin your perfect stealth streak, but I prefer it to the radar system and vision cones of Metal Gear Solids past.

The second best piece of tech in the game — certainly the most fun to use — is the Fulton surface-to-air recovery system. It lets Big Boss attach a balloon to enemy soldiers, trucks, tanks, weapon emplacements, even wild animals, then extract them back to Mother Base via aircraft, where they'll become part of the Diamond Dogs army. Using the Fulton system to its fullest is one of The Phantom Pain's most enjoyable challenges: Successfully extracting, rather than killing, high-ranking commanders and recruiting them into your army are some of the game's best moments. It's gratifying to completely clear out an enemy outpost and transport everything safely back to Mother Base, thereby increasing the power of your own private military force.

Managing Mother Base is one of The Phantom Pain's surprising highlights. As you bring in new recruits to Diamond Dogs, you'll assign them to various teams (Combat, R&D, Intel, etc.), capitalizing on their specialized skills to develop new technologies for Big Boss to use on missions. There's a long list of research upgrades and contract missions you can assign staff to, meaning there's always something new and interesting to do from the Mother Base menu. Visiting the base in person, however, isn't very rewarding. You're required to return to Diamond Dogs headquarters often, sometimes for narrative reasons but also to keep staff morale high and give Big Boss the occasional shower, lest his performance in the field suffer. But Mother Base feels empty and sterile. Once you're there, there's just not enough to do.

The number of firearms, explosives and other tools that Mother Base can research for Big Boss to use in the field is staggering. Access to those tools and a vast number of upgrades for each unlocks over time as players develop Mother Base and recruit a long list of specialists hidden throughout missions.

Big Boss also gains a handful of allies, called buddies in the game, who can be deployed to aid him on missions. The first, named D-Horse, acts as little more than a vehicle to transport Big Boss from points A to B to C. Two other buddies, DD the dog and Quiet the bikini-clad, ripped fishnets-wearing sniper, however, drastically alter how one plays The Phantom Pain. Who you choose to deploy with depends on how you prefer to approach The Phantom Pain's missions.

DD serves as a helpful spotter in operations, sniffing out threats on the battlefield, marking them and thereby extending the range of Big Boss' situational awareness, though he's not especially useful in combat situations. He's like the auto-pilot version of The Phantom Pain's marking system and I found his contribution invaluable during many missions. You can also pet DD, by far The Phantom Pain's greatest contextual button prompt. 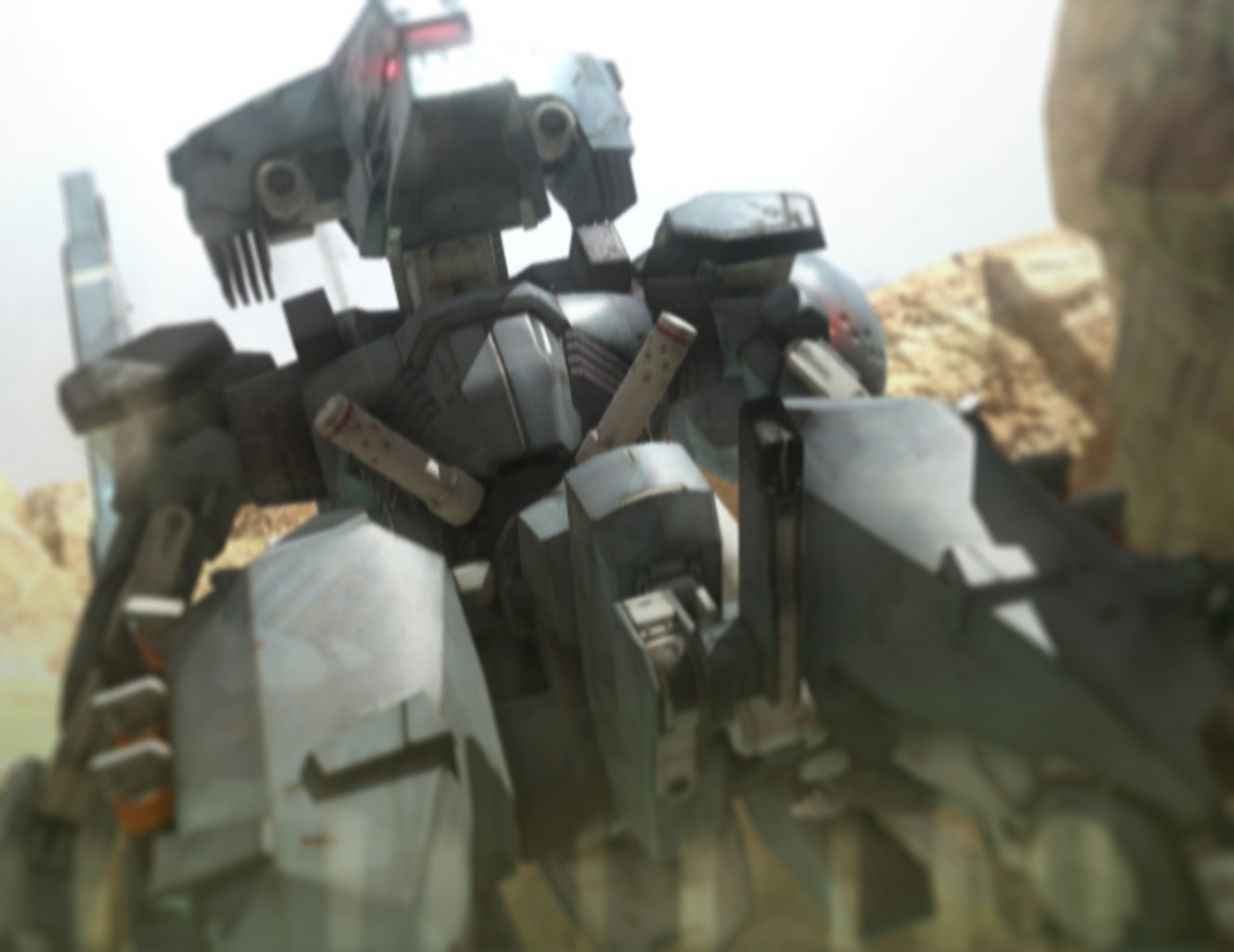 FOB multiplayer consists of one-on-one invasions, in which a player can attack your Mother Base, or vice versa, in an attempt to steal away personnel and resources. Players will receive warnings that their base is being invaded, at which point they can choose whether or not they want to personally defend their headquarters, or let the Diamond Dogs back at home fend off the attacker. FOB is optional; players are given the choice to participate in the mode by explicitly building a Forward Operating Base. For me, this happened about halfway through my playtime. Building a FOB grants access to additional combat deployment missions, but it doesn't appear critical to The Phantom Pain's gameplay. We've only spent a few minutes with FOB prior to release and in a controlled environment. We'll revisit FOB when The Phantom Pain is released and we have a chance to play on live servers.

Metal Gear Online isn't scheduled to go live until October on consoles, and early next year on PC. We'll revisit that too when MGO becomes available. Neither mode has been factored into this review.

Quiet is also incredibly useful in missions, dispatching foes to ensure Big Boss doesn't get caught or sowing mayhem to distract enemies. She's also central to the plot of The Phantom Pain, more so than any other "buddy." The game's explanation for Quiet's mute, nearly-naked presence is inextricably tied to the game's convoluted story, and while her silence makes sense, her sexualized appearance doesn't feel earned. I couldn't shake the feeling that her visual design came first, with the game's ridiculous justification for her barely-there outfit coming second.

Quiet is treated differently than other characters by the direction of the game's camera, too. During cutscenes, the camera sometimes pauses for a beat to focus — or straight up lingers — on Quiet's breasts. In one shot, we see it slide down the barrel of her sniper rifle, take measure of her cleavage before slowly rising up to her face. The camera framing puts her exposed body on display unnecessarily more often than not, whether we're looking down at Quiet's chest or gazing up at her bottom. Worse, a game event that hints at her being sexually assaulted felt more like a hamfisted plan to remove Quiet's pants just before she metes out gory revenge against her attackers. The Phantom Pain treats its few other female characters in a similar way, zeroing in on their jiggling breasts and panning across their asses in a silly, oversexualized way. It's distracting. It's annoying. It's tiresome.

Those sins only serve to detract from The Phantom Pain's finely tuned stealth-based gameplay. Each mission, and there are dozens, plays like a polished puzzle box nestled in a vast open-world. Solving that puzzle with the breadth of Big Boss' tools, experimenting with new weapons and technology that evolve over time, can be tense, thrilling and so rewarding.

The game adapts to Big Boss' changing toolbox of espionage tactics, however, and as you eventually come face-to-face with heavily armored soldiers, you'll find that your tranquilizer gun isn't nearly as effective as it was in the early portion of the game.

But The Phantom Pain offers a counter-strategy to that counter-strategy. Some of the game's deployment operations, in which you can send Diamond Dogs off on remote missions, are designed to intercept enemy shipments of, say, helmets and riot armor — the kind of stuff that neuters your tranq darts and headshots. It's just one example of the interlocking systems and incredibly fine details that makes The Phantom Pain so impressive.

While The Phantom Pain excels on its stealthy side, some of the action-heavy set pieces — intense battles against the super-powered, supernatural Skulls soldiers and mechanized forces — are often more frustrating than they are fun. But I was able to hand over responsibility for killing Skulls and Metal Gear Sahelanthropus to support helicopters, Quiet and aerial bombardment runs, at least.

Elsewhere, The Phantom Pain's story is captivating, oftentimes a bit messy — and almost wholly absent for a good portion of the early game. After an extended, surreal intro-cum-tutorial mission, the game just meanders for a few hours as Big Boss takes on odd jobs. Once the story does get going, its narrative is doled out in nicely shot cutscenes that thankfully never border on the ridiculously lengthy. The rest is fleshed out through cassette tapes, primarily conversations between Big Boss, Revolver Ocelot and Kaz Miller. Curiously (and suspiciously), Big Boss, voiced by Keifer Sutherland, has very little to say during the course of the game. He'll often stand there oddly silent as Ocelot, Miller and other supporting characters regale him with dialogue you'd expect at least some sort of response to.

There's no denying that Kojima has a vision, a singular style that touches every facet of The Phantom Pain. Missions begin and end with credits that name the supporting players and the Kojima Productions employees responsible for writing or designing each chapter. I estimate I was told no less than 100 times that The Phantom Pain was directed and produced by Kojima. It's a charming design quirk that regularly reminds you of the people who crafted this bold, weird, impressive game. And if this is where Kojima does finally leave the series he created, it will be a bittersweet send-off, both for Big Boss and one of gaming's most intriguing auteurs.

Metal Gear Solid 5: The Phantom Pain was reviewed on retail PS4 code at Konami's Los Angeles studio over the course of four days with equal time spent playing that retail copy at home. You can find additional information about Polygon's ethics policy here.