What a book about British wizards taught me about American blackness

Share All sharing options for: What a book about British wizards taught me about American blackness 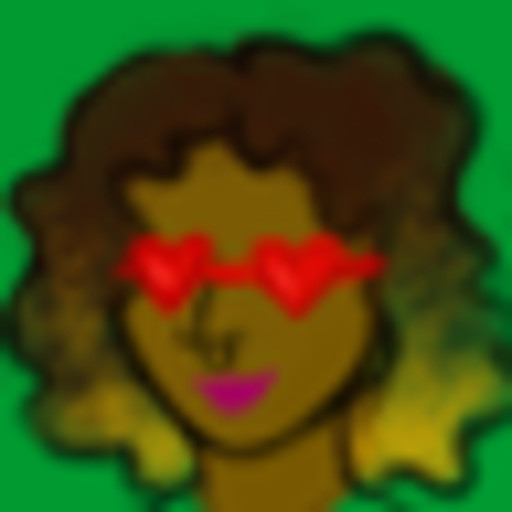 As a child I liked stories about magic.

I liked stories where commoners became kings, where the impossible was suddenly at your fingertips. As a child, I liked Susanna Clarke’s Jonathan Strange and Mister Norrell because it gave me a world I could disappear into, one without the political struggles that were in my own, or at least different ones.

As an adult, watching the BBC adaptation of the series, all I can think about is my father.

A rose at his mouth

The first time I learned about how my father lived as a young man, I was in our laundry room reading a plaque he’d received before I was born, after leaving his job as a probation officer for juvenile delinquents in California. It mentioned spending time in the Air Force in Guam and Thailand during the Vietnam War, participating in the civil rights movement, doing time in solitary confinement in his teens for participating in a sit in.

I had known that he’d grown up in Selma, of course. When we started a unit on the civil rights movement in high school, I’d recognized the name of the town in my textbook. In fact, we’d visited the city a few years prior. I knew all about the Voting Rights Act of 1965. But I did not know that my father marched from Selma to Montgomery.

It’s impossible for me to think about my blackness without thinking about my father. I’m mixed race — my mother is from India — and although both she and I are lumped into the vague category of "Not White" to the world at large, my father is the major lens for my understanding of black culture. My father was an activist. My father put his life on the line. He rarely speaks of it.

Strange and Norrell concerns itself mostly with the unending feud between the two titular magicians, but now that I’m revisiting the story, I am fascinated by one of its subplots, the tragedy of Stephen Black and the Lady Pole. Lady Pole had died, and to prove himself as a magician, Norrell makes a deal with a fairy to bring her back from the brink.

The deal means that half her life, when she sleeps, is spent in the land of Faerie at an unending ball, dancing without rest, until she dies. She can never speak of her plight, she can never break her spell, and it drives her mad. This fairy, The Gentleman With The Thistledown Hair, also deems Stephen, a black man living as a servant to the Lady Pole’s husband, worthy of his "help," and each night he dances at the brugh of Lost-Hope as well. Stephen interested the Gentleman because Stephen is dignified, having had a formal education through his master, and he’s virtuous. Stephen is also the subject of a prophecy, although he doesn't know this.

This fictional version of England was once divided in half, the North being ruled by John Uskglass, a powerful magician, a human who was raised without a name in Faerie. The prophecy of John Uskglass speaks mostly of Strange and Norrell, but it also says, "The nameless slave shall wear a silver crown. The nameless slave will be king in a strange country."

Stephen Black, played in the television show by Ariyon Bakare, is literally a nameless slave, having been born on a slave ship to a mother who died before she could name him. Of course, we are, all of us displaced in the United States and in England, a kind of nameless slave. There’s a kind of curse upon us too — our namelessness is a cousin to silence, and often we find ourselves unable to speak on our lives as individuals in favor of being heard in generalities. We’re all the the spokespeople for Black Culture in a way that robs us of the ability to have a unique point of view, a kind of praise that renders us inhuman.

He lived in Selma, he remembers the 60s, he remembers the 16th Street Baptist Church bombing. But how can he talk about this and actually be heard? In Jonathan Strange and Mister Norrell, Clarke describes the Lady Pole and Stephen Black as having a rose at their mouths, that when they try to speak about their curse only nonsense come out. There’s a rose at my father’s mouth. How can all of us describe a pain so cutting and deep in a world that refuses to understand?

Though Stephen Black is grateful for the life he is afforded, of reputable work and an education and respectability, he grows to resent his position and even Sir Walter Pole, his master.

Yet, Stephen Black is described as having a demeanor so powerful that even the servants below him that vow not to take any orders from a black man are won over immediately by his countenance. He serves as butler should serve — politely, efficiently, invisibly — and he prides himself on it. The Gentleman With The Thistledown Hair sees Stephen as virtuous to the same degree that Stephen is disgusted by the Gentleman. Stephen is forced to accept compliments, on his kingly nature, to wear a diadem and a hold a scepter that he wishes, desperately, to return, while gently trying to guide the Gentleman away from giving him further "help."

To feel the weight of that kind of oppression — of both being lauded as One of the Good Ones and openly derided as the other — is to understand the curse that is laid upon our heads. As Audre Lorde says, "The master’s tools will never dismantle the master’s house. They may allow us to temporarily beat him at his own game, but they will never enable us to bring about genuine change."

Stephen and my father lose when they use the tools of their oppressors — they lose when they are grateful and polite, obliging and submissive. It just makes it easier to become an object, another face in an anonymous horde of blackness that one either pities or despises. To be free from that, to be seen finally as a human, must feel like being a king.

My father becomes, when he speaks about his own life, not the subject, but a way for other people to center their own politics on a vague notion of who he is. It was only on a trip to visit my aunt, his sister, that he spoke freely and with confidence about his life. I learned more about him on that trip, silently sitting at the kitchen counter, than I had ever learned before. He was able to own his past, not as a curiosity, but as his own experiences.

He was how I like to remember him— not a slave longing to be free, but my dad. In truth, my dad is a man full of joy, a man who laughs, a man who told me when he wakes up, he looks out our back window and tells himself three things he loves about his life.

That night in my aunt’s house, he joked, "I saw the dogs and I said to myself, ‘Am I gonna get chased by those dogs or am I gonna jump off this bridge?’"

There was a rose at my father’s mouth, but that curse can be broken. I can do something that my father couldn’t. I can speak, I can speak in a way that other people will acknowledge. I can speak loudly and freely, I can speak and be understood. He had to march — he had no other way to be heard. I don’t mistake that ability to speak for true freedom. I am still memorizing the names of black men and women murdered for minor, alleged offenses (Mike Brown, Eric Garner, Sandra Bland, Samuel Dubose...).

He was how I like to remember him— not a slave longing to be free, but my dad.

There are many things wrong with our confused world, freedoms that I want to have but don’t have access to. We are still, as ever, inching forward in the struggle to be seen as human beings. But my dad, when he looks back out at the backyard in our suburban house, he thinks about his wonderful wife, his home, his two children. I know that when he thinks about those things, that he is happy.

When I watch and read Jonathan Strange and Mr. Norrell, It’s the prophecy of John Uskglass that makes me think about my father, it’s the silver crown that he wears, that I wear. In the end, Stephen Black did become a king, Stephen Black did break a curse, Stephen Black had all of England, the forests, the rivers, the lands themselves, lay itself at his feet and let him use their power.

This land on which I set my feet belongs to me as much as it belongs to any other person, and I will dance upon it, my namelessness gives me that. My namelessness, the namelessness of being black, gives me the power to break its curse. No matter how long it takes, there is a birthright to blackness: we will all be kings in this strange country.