Share All sharing options for: How you'll play and watch Quantum Break (and why you shouldn't skip the cutscenes)

Yes, Remedy Entertainment will allow you to skip Quantum Break's full-motion video cutscenes. No, you probably won't want to.

Since its reveal alongside the Xbox One's debut in May 2013, developer Remedy Entertainment has described Quantum Break as a curious mixture of traditional gameplay and, well, no gameplay at all. When it's released next April, Quantum Break will be mostly interactive, but it will also include a passive TV show, one that stars veterans of Fringe, Game of Thrones, Lost and X-Men movies — and one whose outcome players will control through their in-game actions.

Part of the Finnish developer's challenge with the Xbox One exclusive, though, will be convincing players to stop playing and invest about a feature film's worth of time into watching Quantum Break. That's why Remedy is building incentives that, it hopes, will convince players to sit back and enjoy the sitcom-length interludes that it played a part in creating.

At Gamescom 2015, Polygon spoke with creative director (and original Max Payne face) Sam Lake, who told us how Microsoft inspired the game, how Quantum Break's 90-plus minutes of FMV will unfurl and what the developer is doing to convince players to set down their controllers, sit back and watch what amounts to a live-action movie in the middle of a video game.

Quantum Break wasn't Remedy's plan. Alan Wake was. In that sense, Quantum Break began out of something like failure.

Alan Wake, released in 2010 for Xbox 360 and later for Windows PC, was supposed to be a franchise. It might still be one day. But despite a downloadable standalone quasi-sequel, and all the desire in the world, Alan Wake isn't the franchise Lake and Remedy hoped it would become. That became clear not long after the game's release. 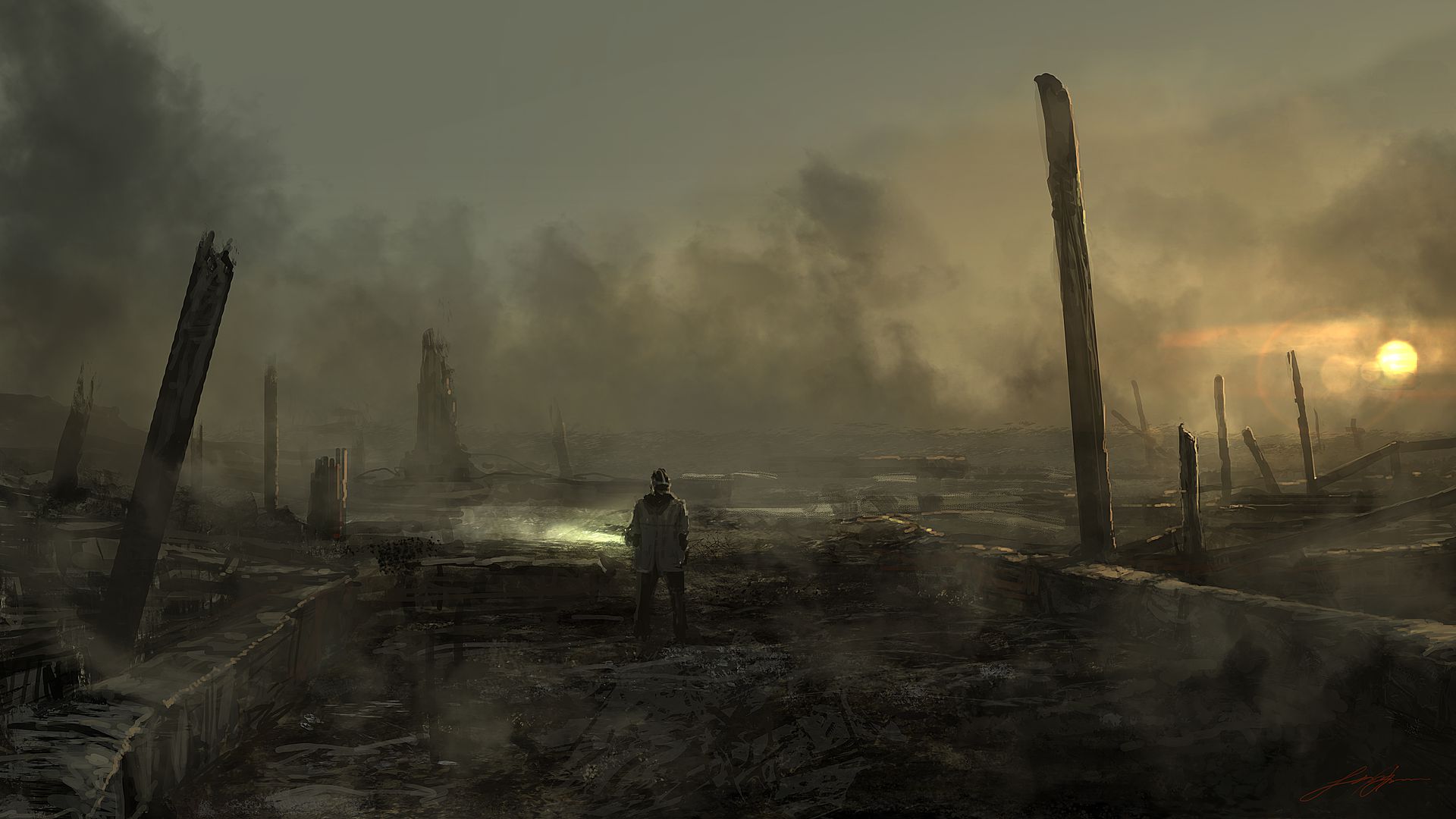 Introducing the Alan Wake 2 you will never play

Remedy shipped Alan Wake and was ready to dive back into the strange and cinematic supernatural universe it created. Remedy wanted to make a sequel, and the studio began prototyping and pitching that idea. The problem was that, despite garnering critical praise, Alan Wake wasn't an overwhelming commercial success — not for Remedy and not for the game's original publisher, Microsoft Game Studios.

Lake says Microsoft was polite but uninterested — at least in Alan Wake 2. It had some ideas of its own, though.

"After Alan Wake, we started by pitching Alan Wake 2, as we've told everyone," Lake says. "We talked with Microsoft. At that moment, they were actually looking for something else. And they were saying that, well, it would be nice to have interactive narrative, some choices along the way.

"We went back home. I went, 'OK, let's think about this. Which genre would be perfect in pop culture for branching content and choices? Time travel! Because that's the whole idea: Can you change things, can you not? That's where Quantum Break was born. We went back, pitched the idea to Microsoft. They loved it. Ever since, we've been on this road."

That's the picture we've had of Quantum Break for a couple of years now: interactive narrative, choices, time travel. It was Remedy's answer to Microsoft's desire.

But how players would navigate Remedy's road, we didn't really know. We didn't know how the live-action video would would work, either. Would it be interspersed? If so, how often? And how much would there be? Where would players watch the video? In the game? Somewhere on the internet? Or maybe in an app, Halo Waypoint-style?

Those questions persisted in part because it often sounded like Quantum Break and its related show were two separate entities. They're not; it's all one big, integrated package, according to the creative director.

"For the show, we have four episodes," Lake says of the show that will ship with Quantum Break on a disc or as a download.

"Four episodes, 22 minutes or so each. So in total, it's around movie length of show content that you get."

But what if you don't want to watch, for whatever reason? "Yes," Lake said when we asked if they were skippable, "but you are going to miss out."

Though Remedy will allow it, the game maker doesn't want anyone skipping the Quantum Break show. So it's giving players more reasons to "tune in," in the form of something akin to collectibles.

Quantum Break's incentives sound like a twist on that common game trope — and an improvement over some of Remedy's previous collectibles.

Alan Wake used collectibles in a couple different ways, to varying degrees of success. One took the form of coffee mugs scattered around the game world. They didn't really serve a narrative purpose, and they felt more like a video game than anything else. Quantum Break will have collectibles of a sort, but they're designed to enhance both halves of the experience. They work within the narrative, like Alan Wake's other collectibles: the missing manuscript pages that filled in story gaps with each discovery.

"We are doing things like something that we are calling butterfly effects," Lake says. "There are certain trigger points in the levels that, if you trigger it, it's the beginning of a butterfly effect, and then there is a chain of events, these kind of unforeseen consequences, and you'll see something happening in the show. And with that, you are getting a certain collectible.

"Then again, the other side around, they are certain props that contain information that you see in the show, which you miss if you don't watch the show. And by finding those specific props in the following act in the game, we are unlocking further content for you."

That's part of how your in-game actions will change Quantum Break's show scenes. Remedy tailors them for players, depending on their actions, to create a player-specific version of the show. And as the game goes on and the number of possible actions to perform and items to find increases, so does the detail in the story.

"It's piling up," Lake says. "So when we get to the last episode, we have quite a few permutations of individual scenes in there."

WATCH YOUR OWN ADVENTURE

At Gamescom, we saw about 30 minutes of Quantum Break, split down the middle between gameplay and FMV. One scene presented from two perspectives showed off the interplay between Quantum Break's two distinct modes.

First, we watched a live-action conversation between a man and a woman arguing behind a van. It escalated into a Mexican standoff, guns drawn. A split-second later, both were shocked and then angered to find that the guns had disappeared from their hands. They knew what had happened and opened the van's back door to discover it was empty.

Next, we saw those moments rendered through Quantum Break's graphics engine but from a different perspective. There was a third character we didn't see, captured and hiding in the van. As the two outside argue, time stands still for everyone but the man in the van. He seizes the opportunity to escape, but before he does, he helps himself to the guns.

In the final game, Lake told Polygon, you won't watch these two scenes back-to-back as we did. The FMV portion happens in the first episode of the show. Minutes later, the in-game scene bridges the gap between the show and the game, as the players take control.

This is Quantum Break's time-shifting narrative in action, but outside the context of a battle: You watch a scene happen first, and then you make the scene happen.

"That's just one example," Lake says. "There are many different kind of crossover elements."

THE FUTURE OF THE PRESENT

Quantum Break is already playable from beginning to end, Remedy told us. And to be clear, it looks absolutely gorgeous, if not quite finished.

Remedy will spend the next few months sanding down the game's the game's rough edges. We saw a lot of screen-tearing during the demo, and the HUD that hovers vertically on the right side of the screen is still a work in progress. Lake says there's a "very clear" path to get to the final, polished AAA product, where he admits that polish is everything.

That'll be a benefit to a game that was originally slated to be released this year. It was delayed, Lake and head of Xbox Phil Spencer say, to give Quantum Break a chance to thrive outside of the packed-to-bursting holiday release window.

Though nobody mentioned this in the context of the delay, releasing Alan Wake on the same day as Red Dead Redemption in 2010 — a title that many hold as gaming's pinnacle during the previous generation of hardware — probably didn't help that game's prospects. Maybe a little distance from Call of Duty and Halo and Tomb Raider later this year will give Quantum Break a chance to stand out.

Regardless, Quantum Break seems like the kind of game that Lake and Remedy have wanted to make for a long time. It feels like a Remedy game, some of which you'll play, and some of which you'll watch. Like the studio's other projects, it layers time-bending gameplay over a deeply cinematic presentation. Only this time, perhaps finally, it's doing both literally.

"You know," Lake says, "very openly, we've always been very passionate about TV and movies and drawing inspiration from pop culture. Because our games are set in the present day, it just feel that those different mediums are so much a part of our lives all around us, that it feels that, when creating a believable game world, you need to have those mediums there as well."

Lake pauses and takes a moment to recall Max Payne and Alan Wake, both of which were prologue to Quantum Break.

"So, it's been a path we are on, and it feels like a bold next step. We pitched it to Microsoft, they got excited, and here we are."