Share All sharing options for: Football shouldn't scare you away from playing this year's best turn-based game 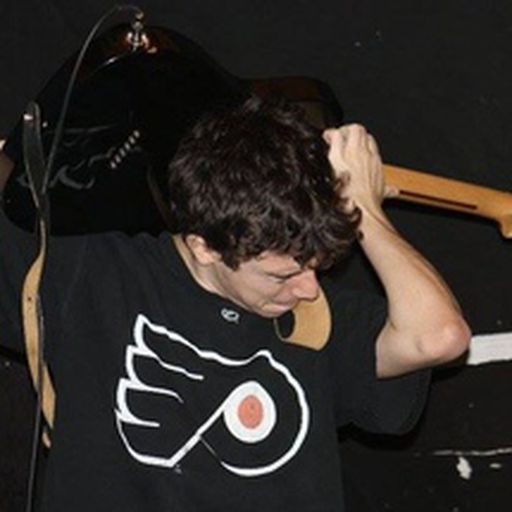 It does take a bit to set up, however. Fantasy football ideally involves at least eight people who put together a roster of NFL players. The roles typically include a quarterback, two wide receivers, two running backs, a tight end, a kicker and a defense.

Fantasy teams face off against one another each week, collecting points based on the actual performance of the players in real-world NFL games. New players should look into free services like Yahoo and ESPN, which provide accessible interfaces, a slew of advice from experts, and instant score updates during games.

From the outside, fantasy football may seem shallow — pick good players during the pre-season draft and pray luck (or Andrew Luck) is on your side — but only thoughtful team managers who master the game’s idiosyncrasies will make it to the finals.

With an immense stock of NFL players and team play styles, fantasy football provides the emergent customization of a complex strategy game, sans the dense instruction manuals. The turns are resolved for you; you just have to watch the action. The game rewards inventive owners who can create a team philosophy and stick to it.

Perhaps you choose players based on their weekly matchups, being mindful of which team defenses give up the most points to offenses. A whole division could be full of teams with bad run defenses, so you pick up a running back from one of those teams.

Maybe you like a riskier game, rostering cheap boom-or-bust players who can put up scorching numbers one week but may lay a goose egg the next.

What about drafting great players on bad teams? They will not only put on Herculean efforts to carry their organization to victory each week, but will play with reckless abandon while trailing their opponent every single game. You don’t need to bet on teams winning, just your players doing well. This also gives you the added bonus of making what could be boring football games immensely rewarding, or frustrating.

Last season, when my team, Crucifictorious, sat at the bottom of the standings, I found my inner Billy Beane and started crunching numbers in Excel. I wanted to replace the distinguished but erratic players in my lineup with workhorses — players who brought in modest, consistent scores not with touchdowns or highlight-reel plays, but by simply carrying and catching the ball a dozen times a game.

The spreadsheet shined a bright light on understated players like Fred Jackson and Golden Tate, but they already belonged to team rosters. So I indulged in the other huge aspect of the planning phase: trading.

There’s something a bit uncanny about discussing a peace treaty with Gandhi in Civilization. Success in fantasy football means negotiating trades with real people with human characteristics. You can game an AI, but you must appeal to the sensibilities of an actual person, identifying their team needs and providing players adequate enough to justify sending an asset in the other direction.

Or, if you’re like our league’s occupational salesman, you psychoanalyze your friends and attack their weaker traits. Somehow convincing another team to take up some sort of revenge campaign against my brother — a Green Bay Packers fan — the salesman sent Aaron Rodgers for an unfair slew of talented players, sprinkling in phrases like "strength of schedule" and "resurgence" to wear his trade partner down.

Though I managed to grab Jackson and Tate through trades, I also needed to be mindful of the realistic consequences of a Bud Light-sponsored sport. Let’s not kid ourselves: in Fire Emblem, if your teammate dies, you press reset. In fantasy football, if your number one pick slides into a mental slump, or loses his playtime to an up-and-coming rookie, or most unfortunate of all, falls injured on the field, you must deal with it. Simply put, being stagnant after the draft will only result in the title, "Taco" — lovingly named after Jon Lajoie’s airheaded stoner from FXX’s The League.

The intimate involvement in planning your weekly lineup makes way to one of the best battle phases in gaming: hours of football. Already an entertaining spectator sport for many, the weekly games take on new life when the play-by-play action affects your fantasy matchup.

It’s not about the results of the games so much as how they unfold. Did the Atlanta Falcons take a huge lead in the first half and sit their superstar wide receiver Julio Jones for the second? Was LeSean McCoy of the Buffalo Bills limited following his recent injury? Did the Washington Redskins collectively embarrass themselves again? (Spoilers: Of course they did.)

Being a fan of a single team can elevate a game’s excitement, but being watchful of at least 16 players makes for an agonizing and suspenseful battle phase.

Interested players who lack extensive football knowledge should not be discouraged. From personal experience, the noobs are at an advantage as they’re free of the bias that clouds the judgement of NFL fans.

Instead of reaching for hometown favorites (Demarco Murray picked sixth overall — really, guys?) and trying to seem learned by picking unknown "sleepers," the uninitiated will rely on consensus expert ratings and walk away with a team of superstars and eye-catching names. Even if a player like Victor Cruz plays as average as the "sleepers," his name alone adds value to your negotiations.

At the end of last season, I found myself facing off against big brother in the finals, where hundreds of dollars slipped through my fingers by deviating from my playstyle at the last minute. He subsequently bought a trophy for himself and insisted the person who finished last screw a disparaging license plate frame to his car to inform the world of his porous season.

Despite my lack of knowledge, I was the runner-up of my league, and after a raucous in-person draft this year, I’m ready to become crucifictorious.

If you’re disappointed with this year’s crop of turn-based strategy games, come up with a tasteless football pun and get involved in a fantasy football league. Don't worry if you missed the first week of the season, it's not too late to get involved. Fantasy football is one yearly release that's easy to miss if you look at it with the wrong eyes, and that's a bad mistake.