Can the creators of Amnesia: The Dark Descent climb out from the shadow of that horror classic?

SOMA, like the best horror fiction in other mediums, may contain monsters, ghosts and gore, but it isn't defined by them.

Five years ago, Frictional Games released Amnesia: The Dark Descent, a twisted take on horror gaming that revolutionized the genre by completely removing the ability for players to fight back against their supernatural foes. The result was one of the scariest games ever, as evidenced by an unheard-of level of popularity amongst the Twitch and YouTube crowd.

It would have been easy for Frictional to ride that wave of popularity and do more of the same — more gothic horror, and more jumpscares custom-tuned for scarecam hilarity. Instead, the developer handed off sequel duties to a different studio and spent five years crafting something new, something that builds off of what Amnesia did so well while recognizing its flaws and improving on them in almost every way.

SOMA takes place on the aptly named Pathos-2, a research station hidden deep under the ocean waves. You play as Simon Jarrett, a typical video game everyman who finds himself exploring Pathos-2 after a freak event turns the station into a nightmare.

Jarrett's underdeveloped qualities are an asset

The setup and the protagonist are the most standard-issue pieces of SOMA. Jarrett is neither particularly likable nor memorably unlikable. He's the closest thing the game could get to a blank slate without being an entirely silent protagonist. He exists primarily to reflect the fears and anxieties of the person playing, and the minor character arc he has mirrored my journey as well.

In many games this would be a weakness, but in SOMA Jarrett's underdeveloped qualities are an asset. His generic nature and confused reactions help emphasize the surreal nature of everything happening around him.

And what's happening around him is ... hard to explain without spoiling it. SOMA's first few hours are full of the same corridor crawling and constant spookiness you'd expect from the developers of Amnesia, but as the game continues, the plot expands to take in some rather heady themes. By the end of the game, Jarrett tangles with some major moral conundrums with a scope and intensity missing in many other games that attempt the same exploration.

Those quandaries also make it into the gameplay in some surprising ways. Throughout Pathos-2, Jarrett will encounter a few "living" creatures, the last remnants of humanity on the station. In several instances, Jarrett is faced with tough choices regarding how to react to these pathetic creatures.

These choices don't, as far as I could tell, have any major impact on the story, but they felt powerful in and of themselves, as in-the-moment decisions. One of the rare sections where I encountered another character late in the game contained one of the most powerful moments I've experienced in a game in years.

The drama is aided by the fact that SOMA, as with Amnesia, is not a game about killing. Most of SOMA is devoted to exploring Pathos-2 on a linear journey from one section of the base to another. Rather than sticking to jumpscares and hiding from monsters in each area, though, it mixes things up from section to section.

SOMA doesn't get bogged down; it maintains a sense of momentum 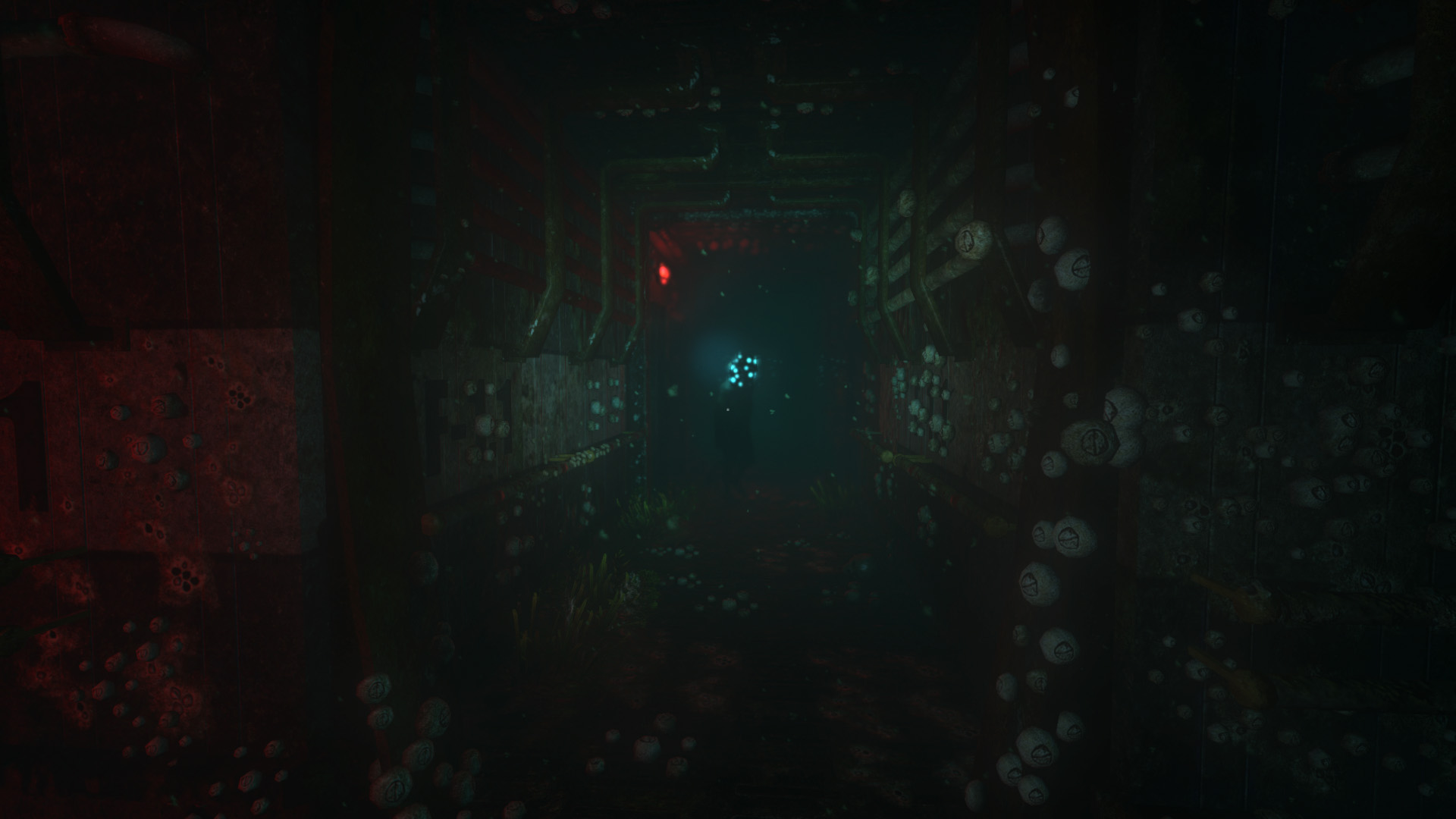 In one area of Pathos-2, I explored in eerie silence, checking logs on computer terminals to piece together a story of what happened before I arrived. In the next, I had to sneak around horrifying creatures who had no eyes but had super-sensitive hearing. In the next, I solved a simple puzzle to get the power back on.

The areas themselves deserve special praise. While "underwater facility" is a setting we've seen in dozens of games before — BioShock's Rapture is an obvious point of comparison — SOMA presents Pathos-2 in a way that feels especially lived-in, which makes the creepiness of its emptiness all the more pronounced. The game also has several segments that take place out on the ocean floor, offering up astonishing views to go along with some of the most action-packed moments in the game.

It's rare that these individual sequences last longer than 20 minutes. SOMA doesn't get bogged down. The puzzles are generally very straightforward, and even the ones that tested my intelligence were more pleasantly challenging than actually difficult to figure out. I wouldn't call SOMA's pacing breathless, but it maintains a sense of momentum, a constant push forward toward a clear goal.

SOMA may not be as scary as Amnesia, but it is without a doubt a stronger game

It's in that clarity, more than anything, that SOMA feels most distinct from Amnesia. The latter game embraced a sense of vagueness to modify its dread, even going so far as to make not looking at its monsters a key part of the gameplay. SOMA copies that at first, but within a few hours it's given you most of the answers. I don't know if SOMA will scare people as much as Amnesia did, but it is without a doubt a stronger game, with better pacing, smarter writing and more powerful subject matter. This isn't a horror game about obfuscation; events aren't building to a huge, shocking twist. More than anything, it's about the process of dealing with the horror of reality.