Your body isn't your world: The heroes of Mad Max and disability

Share All sharing options for: Your body isn't your world: The heroes of Mad Max and disability 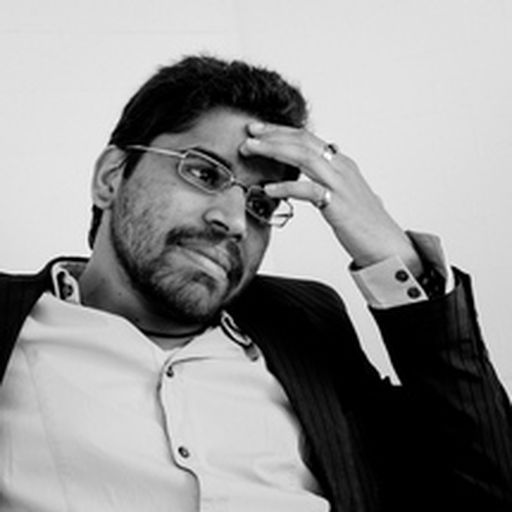 I noticed a small detail on the opening moments of Avalanche Studio’s Mad Max: Max was wearing his leg brace. Max first acquires it after his leg is shot and ridden over, at the end of the first film. You don’t really see the leg brace in the latest film, Fury Road, though it is there.

Though Avalanche’s game is not based on the films, it is based in the universe — and chronology isn’t exactly a central focus for the franchise ("I can’t even work out the chronology [of the original trilogy]," creator George Miller has said). But the leg brace, much like Max’s car, has become a central aspect of the character. It was important, and it is significant Avalanche included the leg brace.

It is not merely in the game for aesthetic reasons, either. While playing, I noticed Max doesn’t walk like an able-bodied person. He limps slightly when he kicks things and hops for a few seconds to reposition himself. Max leans heavily on his stronger leg when he’s in pain, his weaker leg dragging — the sound of the brace banging.

I noticed all this because this is exactly how I move.

When I first had pain issues, I would be screaming in pain most nights — but there’s nothing one can do when your body becomes a spiky cage. I’ve become highly efficient at bandaging parts of myself.

It means something to see Max move like me. His is a world dragged to hell, which clings to ghosts of humanity by its fingernails. It’s a landscape of the dead and dying. But our hero, one of the few surviving, is someone like me.

An individual who you’d think would be the first gone — not last surviving — due to physical disability. Here was a game presenting Max and saying "He survives." The subtle message, vital message that goes unsaid is the next part:

Defined by Dreams, Not Bodies

Almost every major character in Mad Max is a person with a disability: The first person you meet and constant companion, Chumbucket, has a noticeable outward curvature of his spine; the first Stronghold leader you meet, Jeet, lives with chronic pain that he manages through piercing; the second leader, Gutgash, uses a walking aid and appears to have a missing leg; Pink Eye, the third leader, uses a wheelchair. The wheelchair has wheels so, of course, it also has unnecessary pipes to maintain the aesthetics of Mad Max.

What’s remarkable about how the game deals with these characters’ disability is how unremarkable it all seems. They are not defined by their bodies, chronic pain, walking aids or any other property associated with disability. It is a part of their character, yes, but not their central property.

What does define these characters is how each kindles an obsession of escape, of freedom, in a hopeless world. When Max does mock them, he sneers at them for their pointless pursuits.

Even the villains of the game don’t target these characters for their disability, but their refusal to die; they are targeted for their refusal to give in to Max’s new nemesis (and son of Fury Road’s Immortan Joe) Scrotus and his reign of these lands. There are minor comments made about Chumbucket, but one could easily read these targeting his strange beliefs, not his appearance.

What’s amazing is that in this world, people are defined by misplaced dreams, not missing limbs.

Consider Pink Eye: She is an old woman who uses a wheelchair. In our world, this is a person we’d assume requires aid and protection. In the world of Mad Max, she’s not only a survivor but a feared leader. The first thing she yells at her minions is "Clean up that blood… then prepare to spill more!" Max does save her but only, as ever, to use resources she has access to. From then on, she’s commanding him.

Seeing characters in wheelchairs who aren’t defined completely by that characteristic is still rare. See also Wolfenstein: The New Order; Caroline nearly brought me to tears by describing the same pain I first felt in my legs.

Fiction is a space in which you can create whatever world you want. Avalanche deserves praise for creating a world where people with disabilities are not only treated like everyone else, but are leaders and heroes.

We often hear about games being "power fantasies," and that usually refers to a narrow demographic: young (able-bodied, white, cis, heterosexual) men. These fantasies present strong men doing strong men things: saving women and the world, holding large guns and sometimes walking in slow-motion. When things explode behind them, they often don’t turn to look. That’s how you know they’re cool.

Max the character is also an embodiment of many of these fantasies He’s a brooding loner who is efficient at killing and hand-to-hand combat, proficient with many gadgets, takes allies reluctantly and who can’t stop thinking about the deaths of loved ones, which seems to be his "motivation." These traits apply to Batman, or nearly any antihero.

But Max and his world is one where people so often caricatured or ignored can be regarded as heroes — indeed, in Batman, people with disabilities are often villains and regarded as "freaks." A broken body is often shorthand for broken morals.

Mad Max’s treatment to those with disabilities applies to the franchise in general: People like LJ Vaughn, who was born with a missing limb, talked about cosplaying as Furiosa when Fury Road was released.

"Watching Fury Road, I felt like I was watching my own struggle brought to life (albeit in a very fantastical setting), and I don’t think I ever realized how truly profound that could be for me."

Like the characters in the game, Vaughn highlights that Furiosa’s missing hand is never what defines her — and, indeed, is never even remarked on, much like the game’s characters’ disabilities.

"There’s no reference made to any tragic backstory regarding her limb," the post states. "We have no idea how she lost it, or if she lost it. It may very well be a birth defect." Wonderfully, you can see what happened when the idea of cosplaying came to fruition.

Mad Max’s world is also what allowed an incredibly skilled fan, Ben Carpenter, to use his standing wheelchair to cosplay as Max the Blood Bank himself.

The real world is not designed for differently abled people. I am reminded of this when some buildings only have stairs, but I need to get higher; or when there is no way to travel, unless I use expensive transport; when people take my cane as an excuse to ask extended personal questions about my health; where the idea of chronic pain is unfathomable to those who don’t live with it; and where pain is only about crying agony or similar demonstrations of pain reaction, not silent management and medical aid.

We don’t need such reminders in fiction, when reality is harsh enough - indeed, fiction can help convey to others what it means to move differently and to be differently abled. It also brings a sense of inclusion, that we’re not so alien from everyone else — when we can, in fact, be the stars.

It is wonderful then to see a lead like Max, who - despite having many of the same characteristics of every brooding dude hero — not only is himself a person with a disability, but doesn’t dismiss or belittle others because of their disabilities. (Or, particularly in the case of Fury Road, their gender.) Even the game’s villains don’t target people based on their appearance, but their power.

Playing as Max, experiencing characters with disabilities, is a reminder that we can and should create worlds that treat respectfully those so often forgotten - if games want to be more inclusive. It makes us feel welcome, it makes our enjoyment that much more personal: I have little doubt this feeling of empowerment has shaped my perception of what many consider a mediocre game.

While sometimes I want to remember the feeling of running, as with Mirror’s Edge, it is also wonderful to see that a disability need not be a barrier to being a badass.

Fiction can do that. More importantly, fiction should do that. The real world is reminder enough of how invisible marginalized groups are.

It’s lovely to see a major studio deciding someone like me and my friends could be major characters in their game - and not have such characters defined or caricatured by disability.