Why I'm excited about Apple TV

Share All sharing options for: Why I'm excited about Apple TV 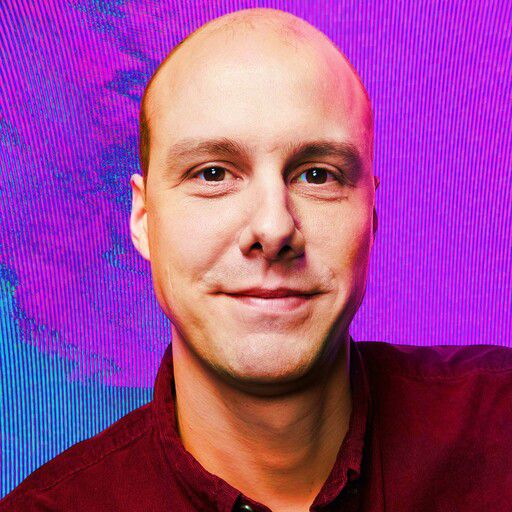 I’ve been That Person excited about gaming coming to Apple TV since the very concept became known to me. Steve Jobs famously — and somewhat derisively — called the first Apple TV, which had debuted in 2007, a "hobby." So when, three years later, a new Apple TV debuted, built on top of the successful hardware and software foundation of the iPhone, it seemed obvious. Of course the Apple TV would get an App Store and play games and holy shit ... this is it.

The following year, Steve Jobs died. But before he died, he told his biographer, "I finally cracked it." This was by far the biggest "news" reveal to come out of Walter Isaacon's posthumous biography. "I'd like to create an integrated television set that is completely easy to use," Jobs told Isaacson. "It would be seamlessly synced with all of your devices and with iCloud."

Jobs said, "It will have the simplest user interface you could imagine."

I left my previous job to start Polygon two months later, with visions of a new kind of game console in my head. Sure, a new Nintendo console, a new Xbox and new PlayStation would surely arrive, on schedule. But I couldn’t resist the idea of a (relatively) open App Store on the television.

When Apple’s App Store debuted on iPhones in 2008, it changed the gaming landscape almost overnight. And while it's produced many great games, I think a lot of the people reading this agree it hasn’t produced the kinds of games I really want to throw myself into.

Sure, that's often AAA games with huge budgets whose development lifespan is measured in console generations, not rent payments. But increasingly, many of the games I want to play are being made by indie teams whose makeup doesn't look that much different than the teams making iPhone games. Sometimes, I just want to play iPhone games on my TV with a controller.

To their credit, the console makers have noticed this trend too. After leading in the indie space on Xbox 360, Microsoft — in an impressive attempt to make only bad decisions in the lead up to the release of the Xbox One — abdicated that throne to Sony, who were all to happy to make PlayStation 4 the home of indie games, a role it still dominates today. Even Nintendo is trying to embrace indie game developers, hosting an indie gaming event at Seattle's EMP Museum before PAX just last month.

But even with all this attention, these are still closed environments. Do you have a great idea for a game? It’s not as simple as making it and shipping it on PS4. None of these consoles pass what, in 2013, Wired’s Chris Kohler called "The Minecraft Test":

Minecraft‘s unique development path, the release of a bare-bones free version followed by endless updates and tweaks that quickly turned it into a robust product for which people will pay substantial money, could not have happened on the closed-off, expensive Xbox 360 or PlayStation 3. And that’s a big potential problem for the next Xbox and PlayStation (not to mention Wii U), unless they fix it. Because Minecraft is the It Game of the last few years.

After Microsoft spent $2.5 billion on Minecraft last year, it could be argued that Minecraft is one of gaming’s all-time It Games and, less arguable, the biggest indie game of all time. And it couldn’t have happened on any game console, even the newest, indie-friendly consoles. But I can imagine it happening on something like an Apple TV with an App Store.

And despite now owning Minecraft, the Xbox One is no closer to passing the Minecraft Test today. Despite announcing its intentions over two years ago — "every Xbox One can be used for development" — your Xbox One still isn’t a development kit.

We're expected to find out what Apple thinks an App Store means on the television.

Gaming is changing. The tools to create games have already changed and continue to change. The technology we need to actually power those games continues to change, an immutable law of progress. Embedded in my hope and optimism is a recognition that game development is and, as a corollary, games themselves are, changing at a rate faster than our concept of a traditional console can keep up.

On the road to a successful set-top box that supports gaming is a pile of also-rans, from the Ouya — whose record-breaking 2012 Kickstarter tapped into the kind of enthusiasm and potential I'm talking about here — to the Amazon Fire TV, a mostly competent offering that isn't shy about its gaming ambitions but, nevertheless, remains a rather milquetoast offering.

So today, nearly a half-decade after the end of the "hobby" phase of Apple TV, after what feels like countless rumors about the reveal, about what "I finally cracked it" really means, we're expected to find out what Apple thinks an App Store means on the television.

A simple glance at the App Store on your iPhone tells you it means, in large part, gaming. But even if Apple refuses to acknowledge the strength of that offering — I don't think Jobs who, despite an early stint at Atari remained famously dismissive of video games, meant he cracked gaming on the TV — developers could ostensibly port their 16:9 aspect ratio landscape games (thanks, iPhone 5 screen resolution!) to the Apple TV with controller support.

What if there's software that runs many of your existing games right away? What if there are new games made just for Apple TV? Retro games? (Mega Man Collection would fit right in!) Games that work one way at home on the TV and another way, on the go, Dreamcast VMU style?

There's so much potential that Apple can't even begin to realize in its first iteration, and that developers won't have the opportunity to realize without experimentation, and once again, I'm That Person, excited about the Apple TV.

Apple gets its game on: From Pippin to iPhone to Apple TV