"We're continuing to offer new ways to play Skylanders and other games," Lowe wrote, "whether you're at home or on the go." The titles will also be available on iPhone, iPad and iPod touch devices. 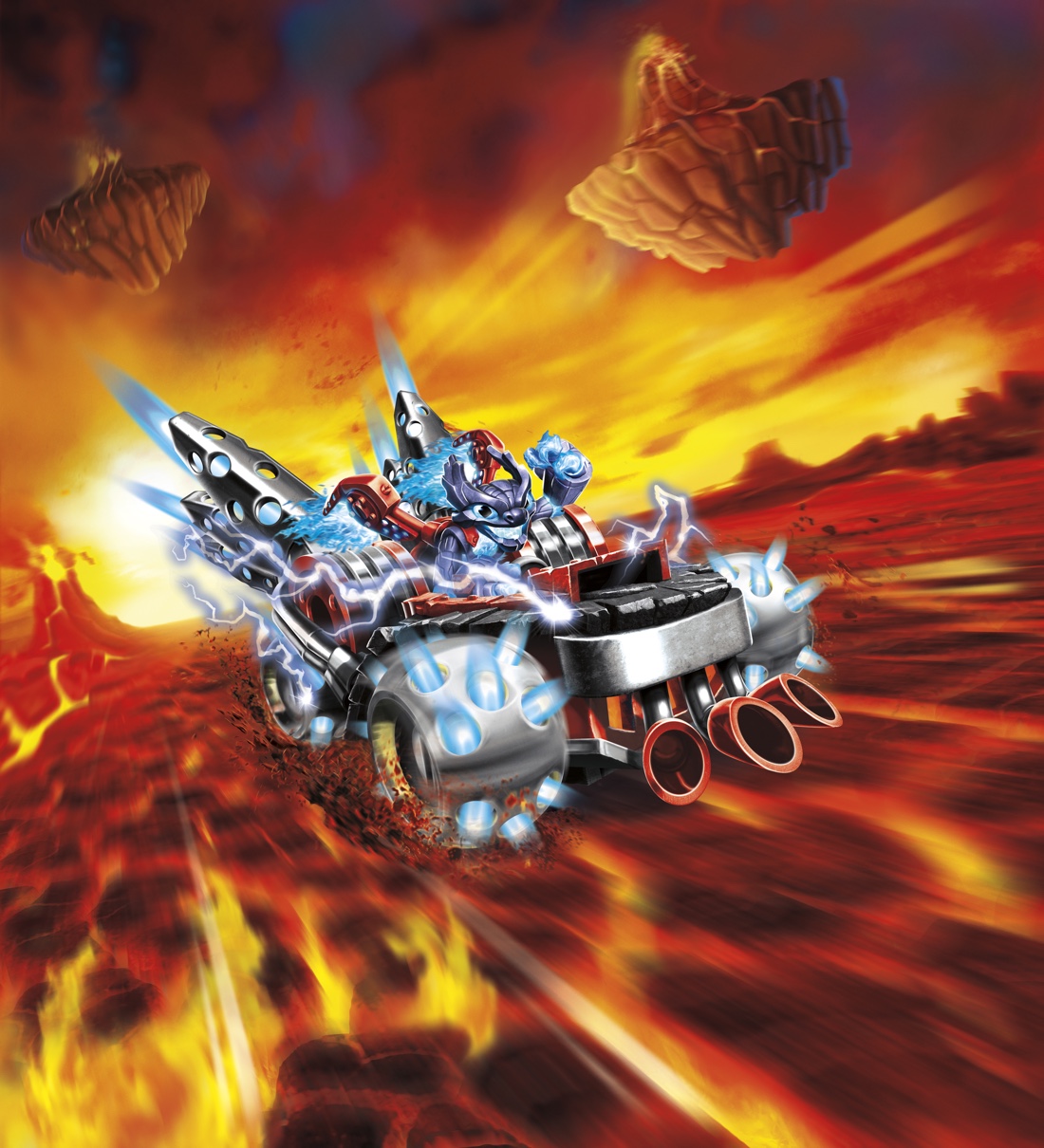 SuperChargers, which Polygon previewed earlier this month, includes classic toys-to-life gameplay as well as a form of combat racing akin to Mario Kart. We already knew the game would be coming to iPad, PlayStation 3, PlayStation 4, Wii U, Xbox 360 and Xbox One. Today's announcement adds three more platforms to the product launch.

"The Skylanders SuperChargers Starter Pack for Apple TV, iPad, iPhone, and iPod touch will include everything fans with those devices need to play, including a Bluetooth-enabled portal, an embedded Bluetooth controller, and even a built-in stand," Lowe wrote. "What’s more, if you have multiple Apple devices, your progress can be seamlessly synced across Apple TV, iPad, iPhone, and iPod touch with cloud save support under the same Game Center account."

SuperChargers will also be compatible with the iPad peripherals sold alongside Skylanders Trap Team.

Guitar Hero Live will also be available on "mobile devices and Apple TV... "Guitar Hero Live for Apple TV, iPad, iPhone and iPod touch devices will come with a redesigned six-button guitar controller, which connects through Bluetooth so it can be used across all supported Apple devices."

Geometry Wars 3: Dimensions Evolved launched on consoles as well as Linux, Mac and Windows PCs nearly a year ago as well as mobile devices. Both Apple TV and iPad Pro will receive a version this fall.

"A dedicated single-player campaign and revamped online cooperative mode is a lot of fun to play with the new remote for Apple TV and the new Apple Pencil on iPad Pro," Lowe wrote. "We think a lot of people will discover the game and play it in these new and exciting ways."

How to data center travel in FFXIV

The Lord of the Rings: The Rings of Power’s new teaser shows more of Middle-earth

The Matrix Awakens is being delisted on July 9, download it now