Penn and Teller's infamous Desert Bus — the torturous driving minigame that appeared in unreleased 1995 video game Penn & Teller's Smoke and Mirrors — is getting a modern day sequel, according to Penn Jillette. In the most recent episode of Jillette's podcast, the magician says he's working to bring Desert Bus to virtual reality platforms.

And he's working with fellow illusionist Randy Pitchford of Gearbox Software to make that happen, apparently.

"I'm working on a game," Jillette said during this week's episode of Penn's Sunday School. "I'm working with Randy Pitchford. This is not announced publicly. We are going to do a — this is a big, big deal — a new Desert Bus. And it's just going to be for charities, so charities can use it to raise money." 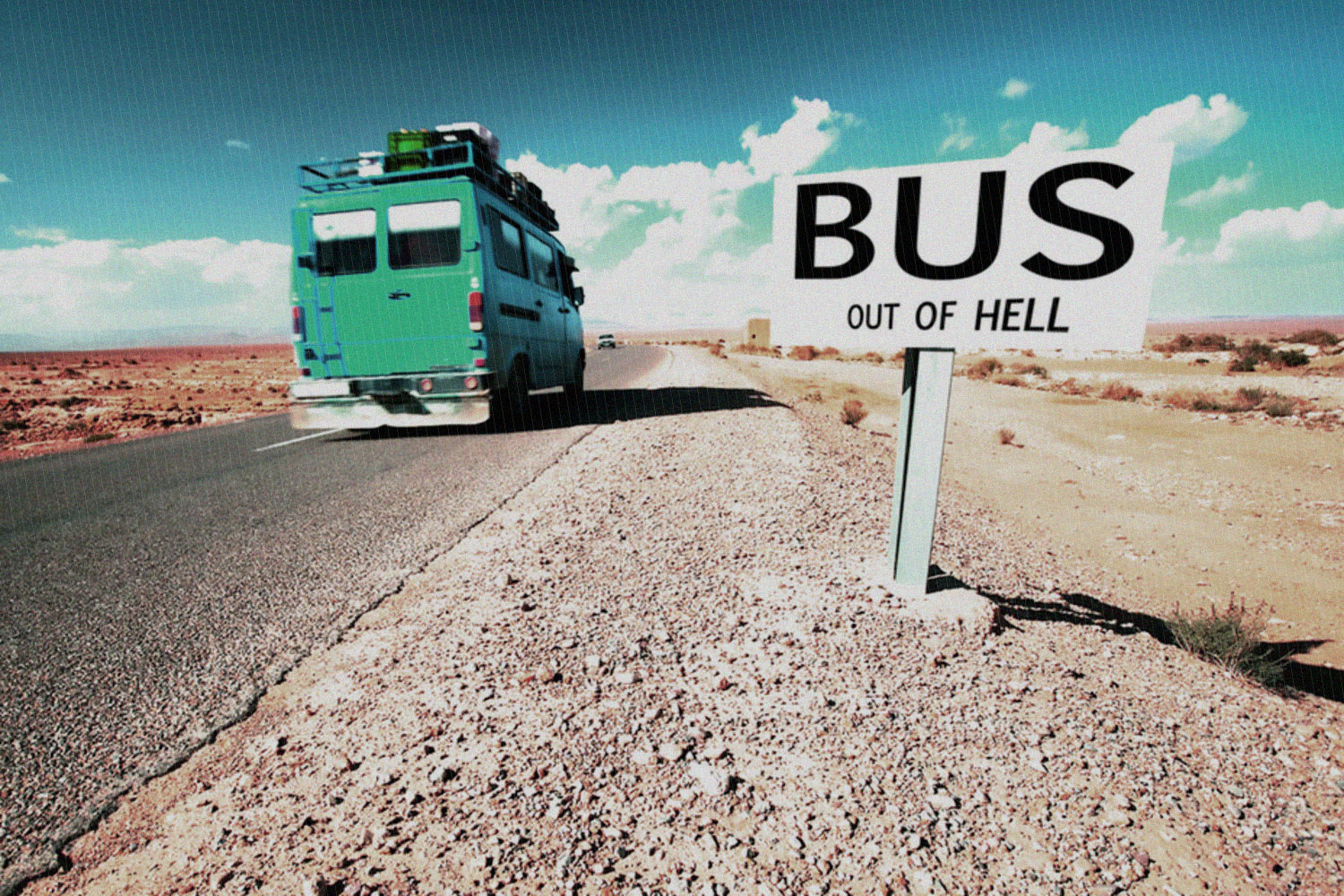 Bus Out of Hell: How Desert Bus for Hope raises money with silliness

Desert Bus is at the heart of one well-known charity event, Desert Bus For Hope, which has raised more than $3.1 million for charity during its annual, week-long marathon gameplay streams.

"He's calling it Desert Bus 2.0," Jillette said of the sequel. "I'm calling it Desert Bus 1.0003. It'll be a period piece, it'll be set in 1992, like the original Desert Bus, just high-fidelity. We're doing a couple other games. It'll be a bundle of things. We're talking to a bunch of people. It'll probably be agnostic in terms of platform. It'll probably be for the [Oculus] Rift and for the PlayStation VR."

The original Desert Bus was also part of a "bundle of things." It was included alongside a handful of other prank minigames that were designed to let players trick their friends. Desert Bus' gag was that the player must drive a bus through the "endless, interminable desert highway" between Tuscon, Arizona and Las Vegas, Nevada in real-time at a maximum speed of 45 miles per hour. The feat takes a full eight hours to accomplish and the game cannot be paused.

We've reached out to Gearbox Software for details on Desert Bus for VR and will update with any information we receive.

You can listen to this story — and many more — in the episode of Minimap, Polygon's daily news podcast, below.