How one independent developer would improve Steam (for everyone)

Share All sharing options for: How one independent developer would improve Steam (for everyone) 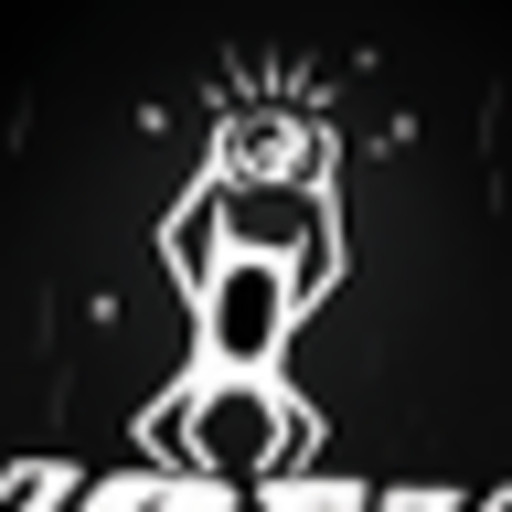 There’s been a lot of talk this year about market issues and oversaturation, usually regarding Steam. Opinions range from "My good game sold badly — indiepocalypse!" to "My game still sold well, so it's your fault if yours didn’t!"

There is quite a bit of overreaction from both directions here, and it’s naive to blame Steam or external factors for why your game didn’t sell well. But it’s also naive to say there aren’t any issues at all with the gaming market, or Steam's in particular (especially since Steam is the market right now). As a developer with a few games on Steam currently and more coming in the future, I’d like to point out a few real issues with Steam from both a consumer and a developer perspective, and some potential ideas on what the platform could do to fix them.

Search any obscure-ish, newly released game on Steam. If it's not complete trash, it should have at least a "very positive" review score. There are many reasons for this, but the main issue is that devs have to find their own audience now. This means you mostly just get people purchasing your game who are already interested in it, and then only those with a strong opinion on the game will bother to write a review.

Small games will typically get less than 50 reviews, which represent a sampling of its biggest fans — those who bothered to buy it at launch and liked it enough to bother reviewing.

I’ll admit, it's a good feeling. It's awesome to look at Bombernauts and see 95 percent positive ratings. But the only thing this tells me is that there’s no glaring issues or crashes that cause someone to immediately write a bad review.

What I don’t get is an accurate idea of how good my game actually is, at least from the review score alone. More importantly, neither does anyone else. An average of 95 percent positive ratings doesn’t actually tell you if a game is worth buying, and 90 percent is even less useful. On top of all of this, games with low numbers of reviews are massively affected by a single negative scoring, and this has an impact on store placement and search results.

Valve doesn’t have any reliable metric of whether a game is great or not besides sales numbers. If review scores were reliable and meaningful, suddenly there would be a true way of finding "hidden gems." I'll continue to reference the importance in finding hidden gems, and a working review system is the key to all solving many of the issues in the way of this.

My solution would be for Valve to just gamify writing reviews the same way it's gamified a lot of other things in Steam. Offer a trading card or a coupon for being among the first 200 or so people to review a game. Grant some gems for writing highly rated "helpful" reviews. Encourage writing reviews by sticking a button under "play" in the games library on titles which users have played for more than a certain minimum of hours. Make a leaderboard for accounts with the most total "helpful" votes on their reviews.

Everyone knows how long it takes to get a response from Steam Support if there’s a problem. Players complain about it all the time. It's the same for developers.

There are many communication issues with Valve, and it seems as if they're almost entirely caused by its reluctance to grow the support and developer relations teams to accommodate the increasing number of users and developers. The easy solution to this one is pretty obvious … hire more people! I also personally think Valve should spin Steam off into its own separate company so that the service can get around Valve’s unique hiring process and expand as much as it should be expanding.

Much like Valve needs to communicate security and downtime issues to consumers more, it should be communicating better to developers about upcoming market changes — such as refunds or paid mods — and asking for feedback instead of just letting us find out when everyone else does.

This is actually a really common consumer complaint with the major Steam sales recently: The sales are stale. People have sale burnout. They say they already own all the games on sale.

There were over 10,000 games discounted just for the Winter Sale alone this year, so that complaint isn’t entirely accurate, but there is a reason people feel that way. Steam sales mostly features games that have already sold well, so there’s a much larger chance you already own what’s being marked down.

I have a more specific suggestion for this topic: themed sales throughout the year, based on the tagging system. Pick a new tag every week and feature the highest rated games within that category in a themed sale.

I would love these as a consumer and developer, personally. "Here’s the highest rated voxel games on Steam! 50 percent off!" "Best zombie games!" "Best ‘great soundtrack’ games!". It would be new, exciting and more about finding new games than just waiting for specific ones to go on sale. They should keep the Summer/Autumn/Winter sales the same way they are, as there absolutely still is a place for "everything is on sale" specials as well.

Steam should also hide sales, deals and features on games you already own. Give more obscure games tiered sales spots where they replace already owned featured games in the primary list. Allow people to remove featured games they aren’t ever going to be interested in and stick a new game in its place.

I want recommendations hand-picked by someone who can vouch that I'll enjoy this game, not a computer algorithm which only really has some tags, sales and unreliable review scores to go by.

Basically, I want some hand-picked features/recommendations. You could argue that there are too many games now for Steam to individually review, or that this is what the curator system is meant for, but there still remains the issue that stuff will get overlooked if someone isn’t checking every new release.

There actually are a few Steam reviewers out there who check almost every newly released game on Steam, or at least all the ones in a specific tag or category. I’d never heard of these people until they emailed me asking for a Steam key after finding my game on the new releases list, because Steam doesn’t really promote its reviewers.

Hire these people! Pick them up and get them to be your game evangelists, who make recommendations to the Steam team of which new games are worthy of featuring.

Back when Newgrounds was getting over 300 submissions a day, the staff there still managed to do a great job of hand-picking featured new games without really overlooking anything. User ratings filtered out the crap, and the staff sorted through the stuff that floated to the top. Little lists of the highest rated games each day were a quick and easy way to figure out what’s worth checking out at a glance.

None of this means getting rid of the current sales-focused charts and features; it's just that I’d really like an officially endorsed "Steam curator" that has prominent placement on the storefront, who accepts responsibility in checking most newly released games for quality.

The iOS App Store actually has a really nice curated section on it, which has basically completely separate choices compared to their "Top Grossing" chart. The "Great Games for iPad Pro" list has 3 categories right now: "Gorgeous Games," "Fantastic Sounds" and "Big Screen, Big Fun." These categories feature games such as Sorcery!, Threes, Broken Age and a bunch of more obscure yet good-looking games.

I also know from talking to iOS devs that Apple takes interest in promising upcoming games and plans for feature spots for them ahead of release, as opposed to waiting for a game to prove it can sell well before offering a featured spot. Apple is doing a really great job there, to the point where I often find myself just looking at their features if I'm in need of a good iPad game for a plane trip. That's something that I used to do on Steam, but not anymore. Maybe the user complaint that "Steam is becoming iOS!" isn't such a bad thing after all?

In a way, I think the prevalence of billion-dollar-grossing F2P crap on the App Store sort of twisted Apple's hand into actually curating their storefront, because nobody would be interested in a storefront that just continually featured stuff like Candy Crush and Vegas Slots.

These games sell just fine without Apple's help, so it's great that Apple seems to be promoting great games that actually need the help instead.

How about some affiliate links and discount codes?

Affiliate links are those with which people can earn small amounts of money — preferably from Steam's cut, not the developers — if people buy a game through them or a referral link. Discount codes would be for people to enter to receive a limited time discount or limited number of copies from which you could easily pull analytics.

Selling a game on Steam now requires gaining your audience externally, so where are all the tools to help devs in doing that?

Why are reviewers and curators separate entities? If you write a review, Steam should automatically create a curator page for you and add your thumbs-up reviews to it — or, just let people subscribe to reviewers the same way you can subscribe to curators.

Giving Steam keys expiration dates, after which the key is disabled if it goes unredeemed for a set number of days, would also be a very appealing tool for giveaways, bundles or various types of promotions that are often taken advantage of by key resellers. Also, Valve, please stop allowing Dota 2 and CS:GO teams to be sponsored by G2A.

I would love better analytic tools to be able to see which specific Steam keys have been redeemed to help assist in making marketing decisions. I'd also love to see which purchases come from which external sources. It might be a security concern, but seeing which Steam account redeemed a specific Steam key would also be a very useful tool in fighting YouTube spoofing fraud or other types of scams.

That's my 2016 Steam wishlist. I don't expect Steam to add all or any of these suggestions, but I do think most of these would have only a positive effect on the state of the market right now, whether you're a consumer or a developer.

Tyler Glaiel is an award-winning programmer and game designer whose works include Closure, The Basement Collection, Bombernauts, and like 60 flash games back in the day. This piece originally appeared on Gamasutra.