Of all the more traditional games in the series prior to Resident Evil 4's more action-y gameplay overhaul, 0 receives the most trash talk. It first appeared in 2002, well after all but the most ardent of fans were tired of the survival horror formula and ready for something new. Despite a few minor additions, Resident Evil 0 didn't offer that.

But that's precisely why this Resident Evil 0 HD re-release from Capcom is so useful. With distance from the atmosphere surrounding its release, it's a lot easier to view Resident Evil 0 for exactly what it is: a flawed but generally satisfying and, more importantly, smart take on Capcom's approach to horror.

Of all the traditional games in the series, Resident Evil 0 receives the most trash talk

As the name might suggest, Resident Evil 0 is set just before the events of the first game in the series. Rebecca Chambers, a field medic with the military team STARS, is sent to track down an escaped convict aboard a train on the outskirts of Raccoon City. Before she can take murderer Billy Coen into custody, though, the train is overrun by zombies, forcing the two characters on opposite sides of the law to team up. Of course.

While Resident Evil games featuring multiple characters with intersecting stories is nothing new, the partnership between Billy and Rebecca is on a totally different level. Aside from a few setpieces where they briefly go along branching paths, these two spend the entire game together. You're able to swap between them at any point, and they have differing skillsets that require doing so often.

inventory juggling is made worse by the huge amount of backtracking

While it kills a little bit Resident Evil's traditional tension, I loved having a secondary character to back me up in hairy situations. When you're not directly controlling a character, a shockingly solid AI takes over. Initially I was hesitant to equip the AI character with a gun and risk them wasting my very limited ammo, but I soon discovered that they're conservative and careful in how and when they fire a weapon.

Another benefit of the two-survivor system is that it allows you actually carry more weapons. As is normal in the older Resident Evil games, one of the key challenges to Resident Evil 0 is managing a tiny inventory crammed full of whatever rare and precious resources you stumble upon (not to mention keys and other puzzle solutions). Where lugging around a shotgun that takes up two full inventory spaces would seem like an absurd ask in many older Resident Evil games, it was no big deal with two characters and two inventories to pack full of stuff.

That's not to say everything involving the inventory and item management is good. Inexplicably, Resident Evil 0 has no item boxes, an element of the series that had been well-established by this point, which allowed you to drop items up in one location's box and pick them up in any other area that had a box. With no item box, your only choice is to just drop items on the floor and return to them when you have more space. If you play like me, you'll find yourself juggling limited inventory space fairly often, dropping whatever you can spare from your inventory to make room for keys.

That inventory juggling is made worse by the huge amount of backtracking required in Resident Evil 0, particularly in the game's final area. Without spoiling too much, Rebecca and Billy eventually leave the train for more familiar Resident Evil settings, and these tend to require lots of jogging back and forth between the same rooms and hallways to unlock new paths one by one. 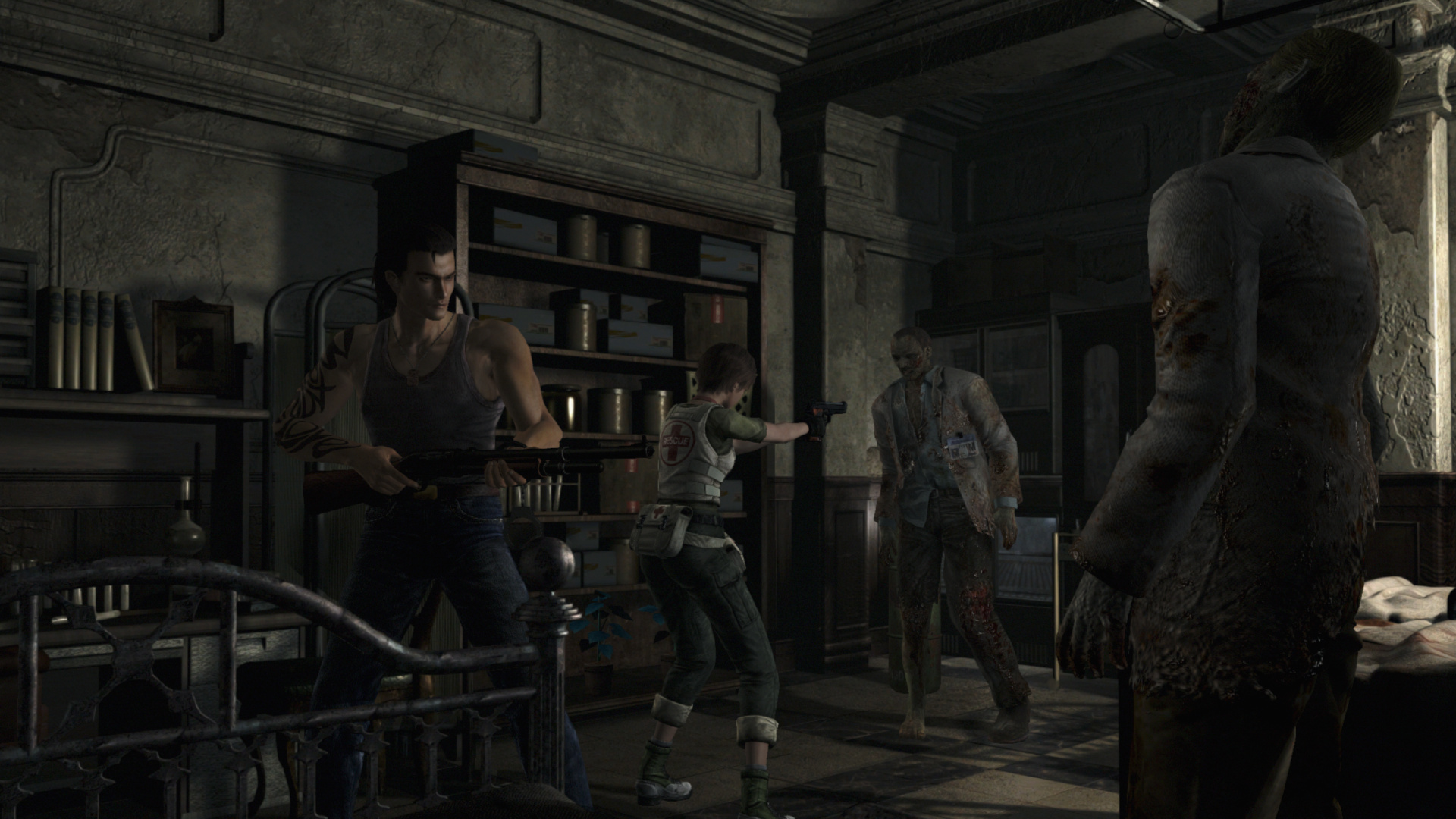 Most of the changes in Resident Evil 0's HD upgrade are visual, resulting in a quite beautiful game. But there is one new major gameplay addition: Wesker Mode, a new option that unlocks after you beat the game once.

In Wesker Mode, Billy Coen is replaced as a playable character by long-time series villain Albert Wesker. Notably, this is a gameplay and visual change only — Coen's voice is still featured in cutscenes, and the story is unchanged.

However, the gameplay change is significant. Wesker has some incredible abilities, including being able to dash and powerful psychic powers that he can use to lash out at enemies from a distance, even if he's out of his regular gun ammo. It's fun to run through the game as an overpowered monster, and it's also smart that this is saved for a post-game bonus.

if you love the cornier approach to survival horror, Resident Evil 0 is a blast

And yet, aside from the very last area, I found Resident Evil 0's locales interesting enough to alleviate any frustration from backtracking. These are tightly-designed settings, paced perfectly to emphasize tension. I was rarely sent running in a direction I'd already been in without the area suddenly being invaded by a new nightmare creature, or without finding myself unexpectedly stalked by a returning foe. Even as the game advanced and I built up a healthy backpack of ammunition for my guns, I always felt just one or two bad rooms away from losing everything.

For as much as Resident Evil 0 embraces the series' classic gameplay, it also adopts the goofy, heavy-handed and poorly voice-acted storytelling of the franchise's earliest entries. If you're expecting serious drama from Rebecca and Billy, you're in for a disappointment, and don't even get me started on the game's hilariously ineffective villain. But if you love the cornier approach to survival horror, before everything took itself so seriously, it's a blast.

Removed from the moment in time when it debuted, Resident Evil 0 is just a really good classic RE game. It didn't set the standards for this style of game the way Resident Evil 1 did; it's not as ambitious or unblemished as Resident Evil 2. But it's far from the mess that history made it out to be. Whether you're a veteran who's played it before or a new fan who never tried out Resident Evil 0, it's good enough to deserve this second chance.