The holiday special for Sherlock, The Abominable Bride, is a total disaster, but there are genuine moments of fun littered throughout.

Despite the questionable plot holes, the episode was fun at times and seemingly written for the most devout Sherlock fans. Nods to notably popular stories the literary detective starred in, like The Seven-Per-Cent Solution, ran aplenty during the episode, and the witty banter that borderlines flirtation between Holmes and his pal Watson was in full form.

For any fan of Sherlock Holmes, the holiday special was a nice return to the overdramatic, whimsical nature that Sir Arthur Conan Doyle first entranced readers with when his stories were first published. Showrunner Steven Moffat has had trouble bringing some of those elements to the show in the past, but they were prevalent during the series' first season and they were definitely front and center in this most recent special.

While the episode didn't fall apart because of the issues it did have, they were distracting enough to be called into question while it was airing. With a show like Sherlock, where the climax is built around one major reveal that tends to solve the case at hand, having multiple reveals gets annoyingly tedious quickly. Imagine if Scooby Doo and the gang had four or five major revelations before the episode was over. By the end of it, most of the audience would have tuned out or would have become stuck trying to figure out what had just happened. It's the biggest problem with the episode, but luckily that doesn't happen until the final act. 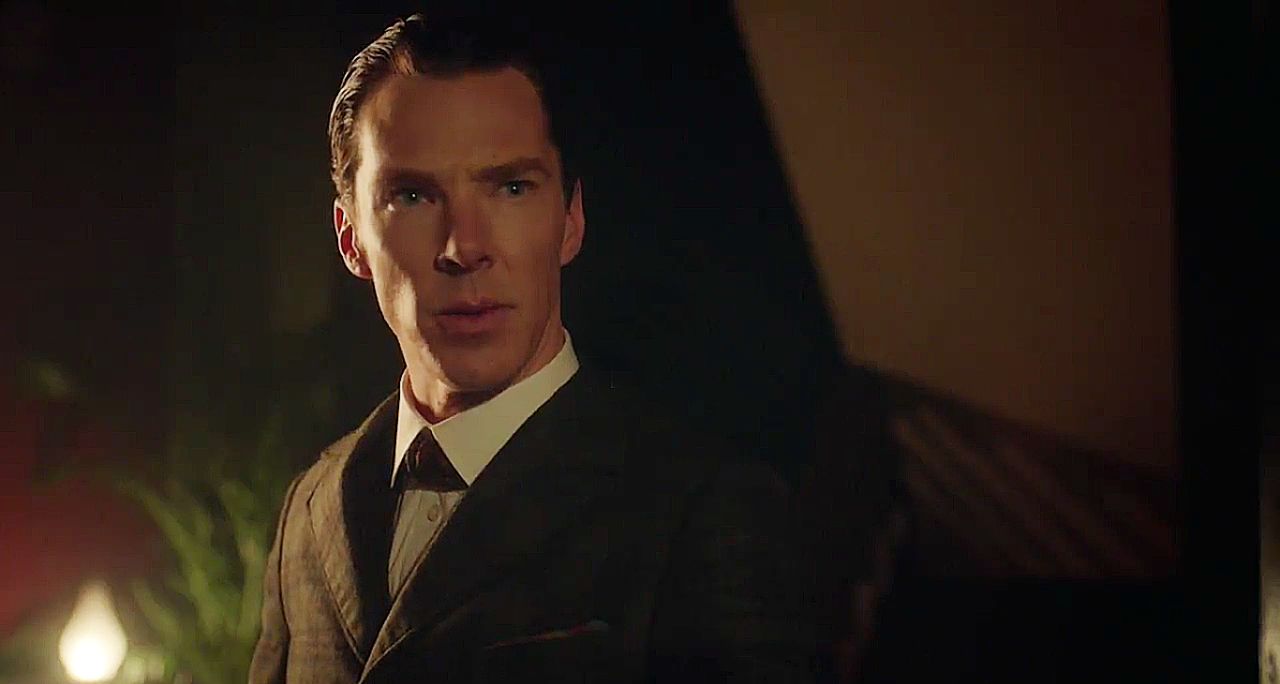 There were some glaring issues that need to be addressed though, including the decision to incorporate modern day Sherlock Holmes (which is when the series is usually set) into the grim London setting of the late 1800's.

Like any Sherlock story, there is an actual case that the detective and his partner are tasked with investigating.

This time around, the case is the Abominable Bride, and follows the peculiar, seemingly supernatural event that occurs after a bride rises from the dead following her public suicide and murders her husband after tracking him down outside of his favorite opium den.

It's important to note that at this point in the episode, everything is set in the Victorian era. While Watson is convinced that the bride could have actually been a ghost, Sherlock is certain that it's impossible, but it's not until the bride begins to stalk her second victim that the two get the chance to investigate.

The episode actually experiences one of its better moments while this case is being investigated, when the two plan a stakeout at the house where the bride has announced she'll strike again. During the stakeout, Watson and Holmes are forced to sit by each other in cramped quarters, and with nothing to do until the bride shows up, actually attempt to have a personal conversation that isn't at all work related. 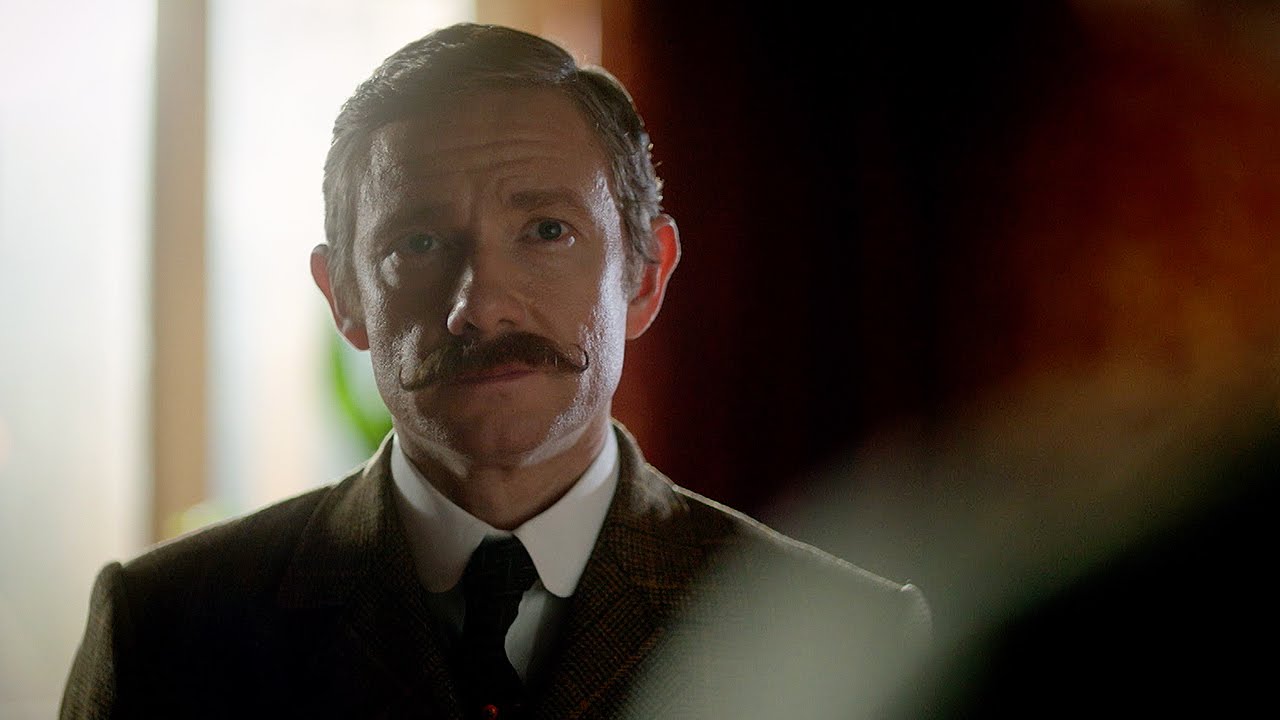 It's a rare moment where Watson takes charge of a situation, and an even rarer moment where the details of Sherlock's intimate life are brought up and questioned. Although it doesn't add much to the storyline, it felt like Moffat and his team finally understood what their audience wanted out of the friendship between the two men and managed to find a way to fit the dialogue in without having it distract from the episode. The show needs more moments where the detective and his friend are allowed to just exist without having to pretend like they don't care about each other.

Of course, that scene comes to an abrupt halt when they hear glass shatter and run out of their hiding spot to find the bride skulking outside the manor. By the time they catch up to her, however, she's already killed her intended target; Eustace, a father and husband.

Devastated by not being able to stop the murder, Sherlock isolates himself in his apartment, the infamous 221B Baker Street, and injects himself with a seven percent solution of cocaine to try figure out the answer to one of the toughest riddles he's been faced with.

But this is also where it gets pretty weird.

For some reason, Moffat made the decision to incorporate modern day Sherlock Holmes into the episode, including all of the events that the detective has lived through, like the death and impossible return of his arch nemesis, Moriarty.

After Victorian-era Sherlock injects himself with the cocaine, he has an intense hallucinogenic induced conversation with Moriarty, before the modern version of himself wakes up on a private jet just as its landing, with a concerned Watson and brother Mycroft rushing on board to greet him. He's confused, much like most of the audience probably is, and realizes that he's been dreaming about the case the entire time.

This is the point where the episode really starts to fall apart. Instead of continuing with the case, the entire plane sequence becomes a lecture about the dangers of drugs and accusations about Sherlock being an addict. All of which are true and have been addressed on the show previously, but the entire scene is so out of context and random that it completely distracts from everything the episode was building up to previously. There's no explanation given for why this scene is included and it comes off as a terrible public service announcement about drug abuse.

Whether or not it's a sign of where the show is headed in its next season, narratively, is questionable, but the entire scene was completely unneeded.

But this is also where it gets pretty weird.

Even worse, however, is how they transition back to the case of the Abominable Bride. It just jumps from Sherlock being on the plane to him being back in Victorian-era London, lying down in his apartment where Watson finds him and scolds this version of the detective about his drug use.

Not for long, however, as they both return to the case and actually manage to solve it thanks to Watson's wife, Mary.

Turns out the bride wasn't a singular person, but an idea. Feminism, essentially, and the birth of the suffragettes in England, killed the two husbands. Sherlock and Watson track these dastardly women down to the basement of a church where they're standing around in cloaked robes. The detective then goes on a long rant about how men are terrible, explaining to the women that they should be angry and that they have a right to feel betrayed, without ever giving said women a moment to explain how they actually feel. If it feet like a speech about feminism written by a group of men, it's because it was.

Finally the case is solved, and had this been any other Sherlock episode, there would be a bit of light-hearted banter between the two men back at their apartment before the credits began to roll across the screen.

That, unfortunately, does not happen here.

Instead, Sherlock jumps forward in time again, waking up once more on the jet and being forced to confront the lecturing party for a second time.

Up until this moment, everything that had happened in the episode was absurdly fun. It wasn't as realistic as other cases, but that was alright because belief could be suspended in the name of a good ghost story. But once the second jump into the future happened, the episode started to feel less like a Sherlock special and more like an awful sequel to Christopher Nolan's Inception.

There was simply no need to jump forward in time again, and it made the episode feel dragged out when it could have wrapped itself up in a much tidier way after the big reveal that occurred when Sherlock solved the case.

Instead, Moffat uses the jumps to incorporate Moriarty into the storyline, and the rest of the episode is spent with Sherlock facing his personal demons and the figure of his enemy that he keeps hallucinating. It's during his second round in the modern world that he begins to dig up the grave site where Moriarty's body is located, but the detective doesn't actually get to face his villain again without jumping back in time.

This tedious time traveling happens a couple more times before the episode comes to an end, with the promise of hunting down the supposedly returned Moriarty, but any chance of a good finale was already a lost cause.

If this Sherlock special had just been the first and second act, the episode would have been more than fine; a ludicrous, but fun take on one of the detective's more popular cases. But unfortunately, Moffat and his team tried to find a way to get away with the Victorian-era setup when they didn't need to. Audiences understand this is a special. There was no need to justify why Sherlock had reverted back to his originally imagined self, and the episode would have fared far better if he and Watson were allowed to simply exist in 1887 without acknowledging their 2014 versions.

It may not have been an abominable episode, but it certainly wasn't one of the best, either. Here's to having no more time jumps in the next season, Moffat.