High fashion has come for our video games, and that's great news

Fashion is mixing with our gaming, and this may elevate both

Share All sharing options for: High fashion has come for our video games, and that's great news 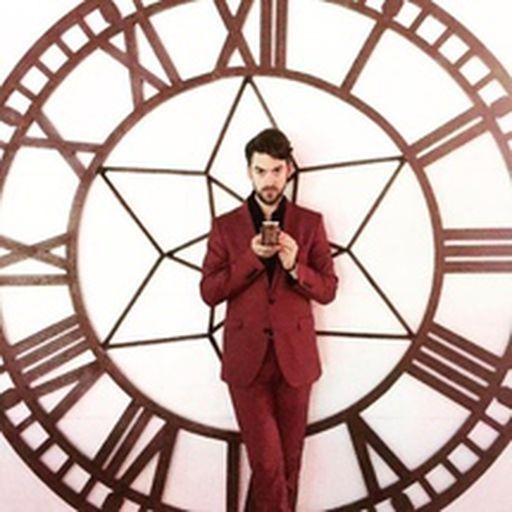 Square Enix recently announced that Final Fantasy 13's heroine Lightning will be the new face of Louis Vuitton's spring clothing line. This is a big deal.

Louis Vuitton put Lightning in its clothing and published "photos" of her modeling it, just like the company has done with real human celebrities such as Jennifer Connelly and Michelle Williams.

Lightning, the completely fictional, animated character, even gave an interview about this, but we'll come back to that later. Let's address this kind of amazing fact first: A completely virtual video game character is now a spokesmodel for a luxury French fashion house.

And it's not a joke. Everyone on both sides of this collaboration is dead serious, including Tetsuya Nomura, Lightning's character designer. This isn't being played for laughs.

Collaborations like this get me excited. I make games for a living, and happen to be a massive geek for Final Fantasy. My two current projects, Hyper Light Drifter (out this spring!) and Kyoto Wild, take a hefty helping of inspiration from Square games. I'm also a dude who cares about fashion, so the collision of these two worlds sparks my weird imagination. This is a big deal to me, and it should be to you as well.

Lightning's "work" as a model isn't important in the sense that we should all go out and buy Lightning's pink Louis Vuitton jacket, and a glance at the catalog suggests you'd have to drop a few thousand for that. I mean that this is a major milestone for our medium, and introduces opportunities to me as a game developer. Here's what Lightning's new modeling gig means for the future of video games.

The fashion world is advertising to us

Why would these two companies partner up unless they saw a mutual benefit?

Louis Vuitton — a major international fashion company — thinks that some significant subset of Final Fantasy fans, or video game players in general, might buy its clothing. That you, now or in the future, might choose to buy one of its jackets instead of spending that money on games.

It's worth noting that one Louis Vuitton jacket costs about 200 games, but that's neither here nor there for now. You are considered part of Louis Vuitton's target market.

And get this: Since Lightning is modeling a women's collection, it follows that Louis Vuitton is acknowledging that a lot of women play games.

Square Enix — a major international video game company — thinks that the Louis Vuitton-wearing chic folk of the world might sometimes come home from their fancy parties and boot up their PlayStation 4 or Xbox One. Or you know what? Their Wii U. The fashion in Splatoon is so fresh that it's inspiring a massive fan zine.

I mean, I'm excited because this is further evidence that the world outside video game enthusiast culture is acknowledging that:

The stereotypes of old are toppling left and right! It's a delicious massacre.

Even if they're mistaken about your fashion interests, Square and Louis Vuitton have already taken the first step toward merging our worlds. International fashionistas have just been introduced to a game series I used to play on Saturday nights in high school instead of talking to girls at school dances.

All you fine Polygon readers and game enthusiasts are now familiar with Louis Vuitton and some of its clothing, if you weren't already. And it's rad, right? Even if you can't afford to buy it — and next to no one can — it's fun to look at. It's art.

This isn't the first instance of the fashion world knocking on our door. Prada released a magazine spread outfitting the characters of Final Fantasy 13-2 in 2012. Oh, and raise your hand if you've seen Facebook ads for Assassin's Creed knockoff jackets targeted at you. Companies know that geeks are wearing much more than just the stereotypical T-shirt. We all want to express ourselves, and that means there's a market for interesting clothing.

This is the largest step the cultures of video games and fashion have taken together, however. At the time of writing, two weeks after the announcement, Lightning is still on the Louis Vuitton front page.

Have you ever been playing a game and found yourself either loving or hating the outfits? Character fashion in games is real hit-or-miss. As specialized as roles at big game developers have become, we don't usually hire for the job of fashion designer. Never in a hiring meeting have I heard something like "we really need a character designer who can nail a bespoke women's blazer."

That's not to say character designers can't come up with sweet fashion, but as a developer I'm excited to imagine that I could call up a label such as Burberry and say, "My game's hero wears a trenchcoat, but I need something fashion-forward. Will you design me an original, and we'll sell it together as wearable merch?"

Imagine what could happen!

That last one was for me. But aren't you intrigued? Collaboration between these two fields of expertise can only lead to new ideas, not to mention great products that would benefit both fashion and gaming. The publishers and developers, not to mention the fashion designers themselves, would make money and our games would have designer fashion. And maybe we would have designer fashion.

This one is a bit dystopian, but that doesn't mean we shouldn't talk about it. Lightning isn't just posing for 3D-rendered photos; she gave an interview talking about how excited she is to be working with Louis Vuitton. A fictional character from Cocoon just told a U.K. newspaper that the clothing that Louis Vuitton 3D-modeled onto her "fills me with a sense of serenity and pride."

Her voice in the interview misses the mark for her character, but it's a first attempt, and I suspect Final Fantasy 13 writer Daisuke Watanabe did not personally pen her dialogue this time around. It seems odd to think about, but if we're treating these characters as real, we need to treat their voices as real as well, and writing stock answers that would be out of character breaks immersion. This is an area in which both sides could improve.

Regardless, this is fascinating. If Hatsune Miku is a true harbinger of our rendered brethren, you will see many more virtual characters becoming celebrities in the future. They could be selling cars, supporting charities, visiting sick kids in the hospital or endorsing political candidates. And that's a short list.

Like I said, this is a bit dystopian. If a character doesn't exist as a person, they can be controlled and made to do whatever the creator would like. That can be a dark road, but for now this a sign that our medium is widespread, gradually maturing and being accepted into spheres outside our sometimes insular world of video games. It's an example of the art form looking out, and others looking in.

We love the heroes we embody when we play games. They make us feel brave or curious, or they take us somewhere we won't get to visit in our regular lives.

Take a look at the cosplay at PAX or Comic-Con, or on Twitch, and you'll see that we embrace what our heroes wear, but often have a hard time pulling off their fantastical looks in the workplace or at school.

Let's take a step back from my wild predictions for the future of video games and fashion. Let's appreciate that our reality is connecting just a little with the fantasy worlds we so love to explore. Is it a little bizarre at first glance that Lightning's armor has been replaced with a fashionable pink jacket, her sword with a glittery handbag? Sure, but for once, our hero is meeting us on our turf, and not the other way around.

Bill Cunningham, lifelong fashion columnist for the New York Times, once said that "the point is, in fact, that fashion is the armor to survive the reality of everyday life."

We all want to wear the armor of our heroes. Now we can.

Teddy Dief is a game designer and writer making Hyper Light Drifter and Kyoto Wild. He's a co-founder of Los Angeles game collective Glitch City, former narrative design researcher at the University of Southern California, and a Disney Interactive alum. He tweets a lot of feelings.