My father's death broke me, Oxenfree helped me pick up the pieces

How a game helped me deal with my father's sudden death

Share All sharing options for: My father's death broke me, Oxenfree helped me pick up the pieces 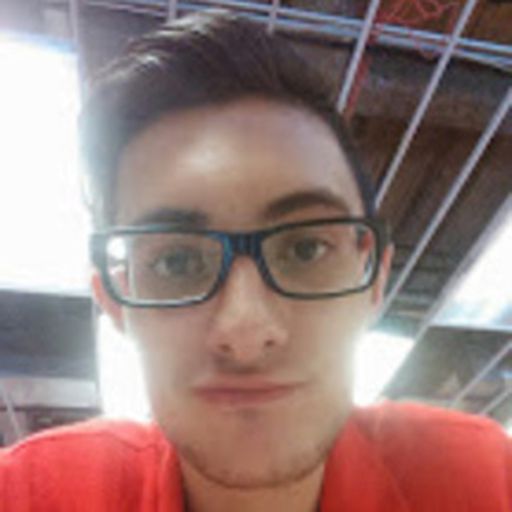 He was driving his car to work when, presumably, he felt awful enough to stop his commute. He parked, pulled his car seat back, and lay down. Then he was gone. People found him lying lifelessly in his car a few hours later. He was killed by a stroke.

I didn’t see his death coming. No one in my family did. My dad was a healthy man, with no physical or mental issues of which we were aware. We sat together in our living room the night before and caught up on Better Call Saul. We drank tea, and got excited over how promising Mad Max: Fury Road looked. That was our last night together.

The next day he hugged my mom and little sister goodbye and left for work at 8 in the morning. I was sleeping and didn’t get a chance to see him one last time. God, I hate myself for that.

After nearly a year I don’t have any closure. Why did he die? Why was he taken from me? Did I do something wrong? Is it bad karma, despite my best efforts to live an honest and good life? Where are all the damn answers?

Turns out, there aren’t any. There never will be. But recently I played a video game that nails what’s it like having a loved one taken from you. For the first time, I felt like a piece of interactive fiction captured what I’m going through.

I don’t feel so alone anymore, and it’s thanks to Oxenfree.

While Oxenfree’s main story is about Alex and her four eccentric friends Ren, Nona, Clarissa, and Jonas (who’s also Alex’s new step-brother) exploring the spooky Edwards Island, Michael’s death is the driving force behind each of their actions.

The tragedy often pulls them apart and makes them turn on one another. Clarissa, who dated Michael, has turned into an angry individual who blames Alex for his death. Alex has vivid dreams about Michael and often wonders whether she could have saved him. The loss of a child pushed her parents towards divorce, which is the main reason Jonas is even at the island to begin with, as Alex's mother got remarried to Jonas' father.

Like a disease, this all slowly eats away at the characters. Their pain builds up to something much more perilous, until they finally implode. These teenagers are broken, and are struggling to find answers in an unpredictable and frightening world.

Later on in the game, Alex has a flashback of visiting Edwards Island earlier with Clarissa and Michael. Clarissa is completely different in this scene as well, as she’s much kinder, happier and full of hope. The character’s sudden change from being affectionate to someone who just can’t stand people and society felt right. The same goes for Alex’s obsession about changing the past and continually thinking about it.

My dad’s death had hurt both my mental and physical health. This was despite my best friends’ efforts to cheer me up and understand what I was going through. There was nothing they could do pull me out of my shock and depression. At the time this made me furious, and I felt like they really didn’t understand what was happening to my life. The trips out for drinks or to the movies were doing nothing for me, and I blamed them.

I needed people to share in my misery, and my friends and family weren’t the answer. They cried and felt upset in the beginning, but soon after they resumed their daily lives while I was still mourning and struggling. It’s a hard issue to discuss, because after some distance it can almost sound selfish, but it felt unfair that my life was on fire and they were continuing on as if this were just a small bump on their personal roads.

I still think about how different my life would be right now if my dad hadn't died. I often find myself daydreaming about stopping him from going to work, or calling for help in time for him to have had at least a fighting chance of surviving after the stroke.

I wonder if he would’ve liked Mad Max: Fury Road or Star Wars: The Force Awakens — he was a huge fan of the latter franchise and is the reason why I love it as well. I imagine playing Metal Gear Solid V: The Phantom Pain with him, as the first game in the series was definitely one of his favorites. It feels like I’m sneaking a look into an alternate timeline where he hadn’t died, one in which we still got to create memories together.

Night School Studio seems to understand that feeling furious at the world and obsessing over these phantom scenarios is natural after losing someone so unexpectedly.

But why don’t we have more games that talk about random death, or successfully depict it in a more mature and authentic way? The only answer I can imagine is that this kind of loss isn’t something you can get over and find a solution to so easily, which goes against gameplay conventions. Players often want to feel like total badasses in their games, so developers and publishers let them. You don’t find a pile of ammo before this battle.

If a character dies in a Call of Duty game, for example, the player immediately has to avenge their fallen comrade. If you go murder the villain everything will be okay. Fallout 4’s opening hours show someone very close to you being killed, but the game doesn’t do much with this scene; you’re happily building a base a few virtual days later.

This isn’t how life works for most ordinary people. There is no direct action to take that allows you to move forward.

Oxenfree’s ending nails this, though. Thankfully, it isn’t melodramatic. After solving the main issue at hand, Alex has one last dream about Michael. It takes place moments before his death. She has a long conversation with him about deciding what he should do after he graduates high school. She wants to change his fate, but she fails.

No matter how much Alex tries to find answers, and how often she dreams about telling the right things to Michael, he won’t come back. Her life won’t change. It’s up to her to begin accepting this while finding a way to move on, no matter how difficult it might seem.

This is something I’m working on. Instead of letting my misery take over, I decided to start enjoying life once again. Nowadays me, my mother and sister find joy and solace in different places. I spend a lot more time with my friends, and focus more on school and work. I’m moving ahead.

But like Alex, this isn't to say that I have my happy ending. No, definitely not. A part of me is permanently lost. But that’s okay, I can live with that.

And Mad Max was pretty great. Miss you, Dad.

Alex is a freelancer who's obsessed with movies. He also loves Breaking Bad and thinks The Sopranos is overrated. Tweet him @RParampampam.