Way to the Woods and its teen developer land publishing deal

Share All sharing options for: Way to the Woods and its teen developer land publishing deal

Teen designer Anthony Tan has found a publisher for his deer-starring adventure game, Way to the Woods. Team17, the label responsible for crowdfunding projects Allison Road and Yooka-Laylee, along with the Worms franchise, has signed Tan — the head of newly named Studio Happy Bee — and his game for a future release.

Way to the Woods caught attention in a big way when Tan posted screenshots of the project to Reddit back in December. Not only did the front page of Reddit and Hello Games' Sean Murray discover and become enamored by the release, but so too did Team17. 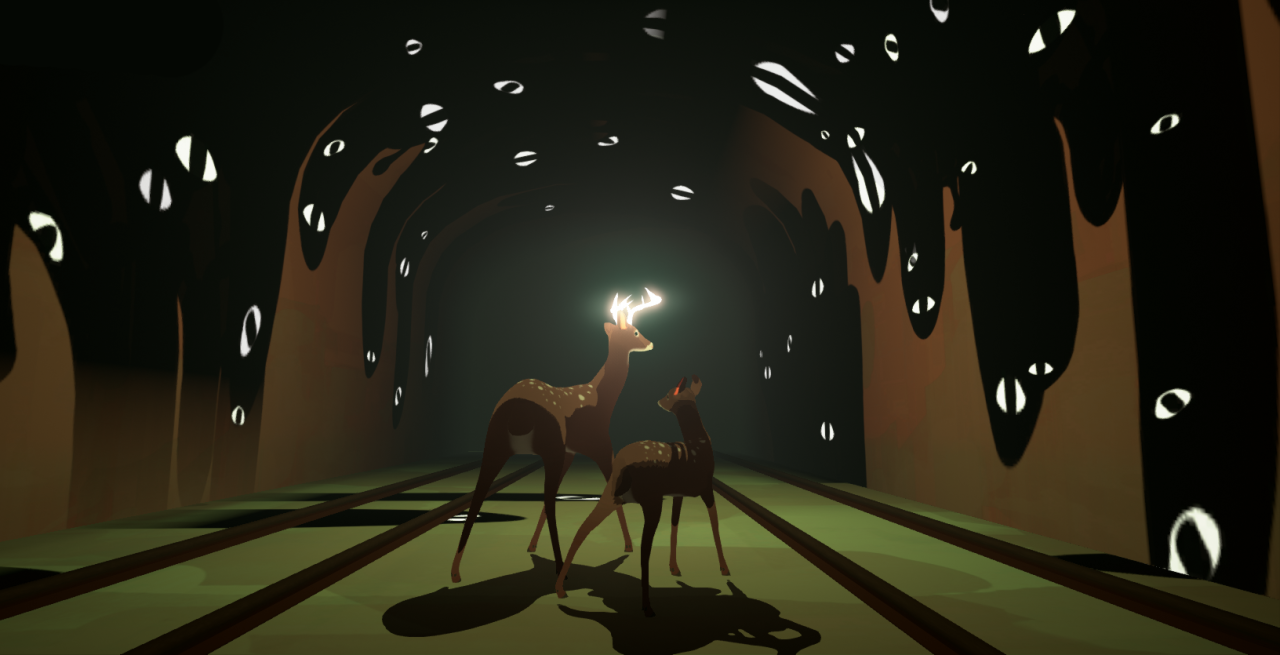 "My creative director, one of the [label's] producers and one of our marketing people all reached out to me separately on the same day and massively pushed for the game," Team17 CEO Debbie Bestwick told Polygon about finding Way to the Woods. "They'd seen it on Reddit."

Within weeks, the company had reached out to Tan and collaborators Jarad Baker and Jeremy Warmsley about taking on the game, which is still very early into its development. By January, Way to the Woods officially had itself a publisher.

"I think from my first call with Anthony to exchanging signed agreements, it was less than a week," Bestwick said, a process that she claims is typical for the company.

"If you're good enough, you're old enough."

Studio Happy Bee is currently hard at work on the game, and while Bestwick and company have seen more than the public has thus far, she emphasized that Team17 would have signed Way to the Woods "based on the concept, Anthony and his end vision" alone.

"We are notorious for signing games based on concepts and early builds," she added, "[which] some say is high risk. I call it believing in the game and people."

Unsurprisingly, Bestwick admitted that Tan's age — he's just 16 — was a consideration when taking on the project.

"If anything, Anthony's age was a big worry for me at first," she said. "Putting it in perspective, up to a few weeks ago he didn't know what an Amiga was or looked like, he wasn't born when Banjo[-Kazooie] or Worms launched."

Yet the CEO, who started working in the games industry at age 17 herself, concluded that talent supersedes age: "If you're good enough, you're old enough."

Even so, Tan remains a full-time student, and education is a priority. Thus, Way to the Woods is still undated and platforms are yet to be announced.

Thanks to Team17, though, the game has a funding plan secured, in case the Unreal Dev Grant the development team applied for doesn't pan out.

The publisher and developer are equally ecstatic about the partnership. "I'm so excited to be working with an experienced label like Team17 and I'm confident that it's the right positive step for Way to the Woods," the lead designer himself said.

"In reality, it's a lot of dancing and all-caps typing."