The dawn winter means it's time to hibernate and get caught up with all the new and returning television shows.

With plenty of new shows set to premiere over the next couple of months, it can be hard to keep track of just which show is airing when.

To make it a little simpler, Polygon has compiled the premiere dates for all of these shows and thrown it all together in one post that you can bookmark and return to if you forget.

New Girl (Season 5) — Jan. 5 on Fox at 8 p.m. ET: In the fifth season, the gang will spend the majority of their time getting ready for Schmidt and Cece's wedding, but the show's creator recently said that Jess and Nick's storyline is far from over.

Shananara Chronicles (Season 1) — Jan. 5 on MTV at 10 p.m. ET: MTV's newest series promises Game of Thrones-level drama in a massive fantasy world. Based on the novels by Terry Brooks, the creators have promised that the show will stay as loyal to the books as it possibly can. Shot in New Zealand, it should be one of the more visually stunning shows to premiere this winter, too.

American Crime (Season 2) — Jan. 6 on ABC at 10 p.m. ET: The second season in the award-winning anthology will take place in an entirely new city with an entirely new batch of characters. This season, the show will center around the harassment and assault of a teen boy at a party by a couple of popular students.

It's Always Sunny in Philadelphia (Season 11) — Jan. 6 on FX at 10 p.m. ET: Expect the same kind of crass, boundary-pushing absurd comedy the show has become known for since it premiered.

Shades of Blue (Season 1) — Jan. 7 on NBC at 10 p.m. ET: Jennifer Lopez heads up a team of television detectives in this new crime drama. It's a game of good cop, bad cop as each character makes difficult decisions that they inevitably have to live with.

Shameless (Season 6) — Jan. 10 on Showtime at 9 p.m. ET: Fiona, Frank and the rest of the Gallaghers are back and trying to survive in Chicago's notorious South Side. With teen Debbie pregnant, Carl out of jail and Lip getting too involved with his college professor, fans should expect another season of touching family moments buried beneath the standard debauchery.

Shadowhunters (Season 1) — Jan. 12 on Freeform at 9 p.m. ET: Shadowhunters wants to be TV's Harry Potter, or something similar to it. Based on Cassandra Clare's popular young adult book series The Mortal Instruments, the show follows a group of teenagers who are forced to defend their world when they're introduced to another one they weren't even aware existed.

Colony (Season 1) — Jan. 14 on USA at 10 p.m. ET: From Carlton Cuse, executive producer on Lost and Bates Motel, Colony follows a futuristic society based in Los Angeles that's trying to navigate the city after aliens invade and set up camp. Although there are elements of sci-fi in the show, Cuse said in an interviw that he got the idea after looking at photos of Nazi-occupied France.

Billions (Season 1) — Jan. 17 on Showtime at 10 p.m. ET: Showtime's newest drama focuses on the dramatic fictional battle between the United States government and the big dogs that run the country's financial sector. Starring Paul Giamatti and Homeland's Damian Lewis, Showtime has already published the pilot online for free in case you didn't feel like waiting.


Agent Carter (Season 2) — Jan. 19 on ABC at 9 p.m. ET: This time around, Agent Peggy Carter is headed off to Los Angeles, where she'll help take down a criminal organization and do some more personal investigation work. If you thought the show's first season was glamorous, there's nothing quite like L.A in the 1940s.

Legends of Tomorrow (Season 1) — Jan. 21 on The CW at 8 p.m. ET: The newest superhero show from DC to join The CW, Legends of Tomorrow has already been teased multiple times, with its heroes making appearances on both Arrow and The Flash. Just before the show debuts, it will get a 30-minute featurette with a full introduction to the characters, storyline and more on Jan. 19.

The 100 (Season 3) — Jan. 21 on The CW at 9 p.m. ET: The third season of the network's popular show picks up three months after the devastation that occurred in last season's finale. Many of the 100 will now try navigating their new lives with another despite their physical and emotional damage they received.

Portlandia (Season 6) — Jan. 21 on IFC at 10 p.m. ET: Fred Armisen and Carrie Brownstein are about to take their relationship to a whole new level in the sixth season of their sketch show. Of course, considering how Fred Armisen does awkward comedy like no other actor out there, expect their new relationship to be full of hard to watch embarrassing and hilarious moments. 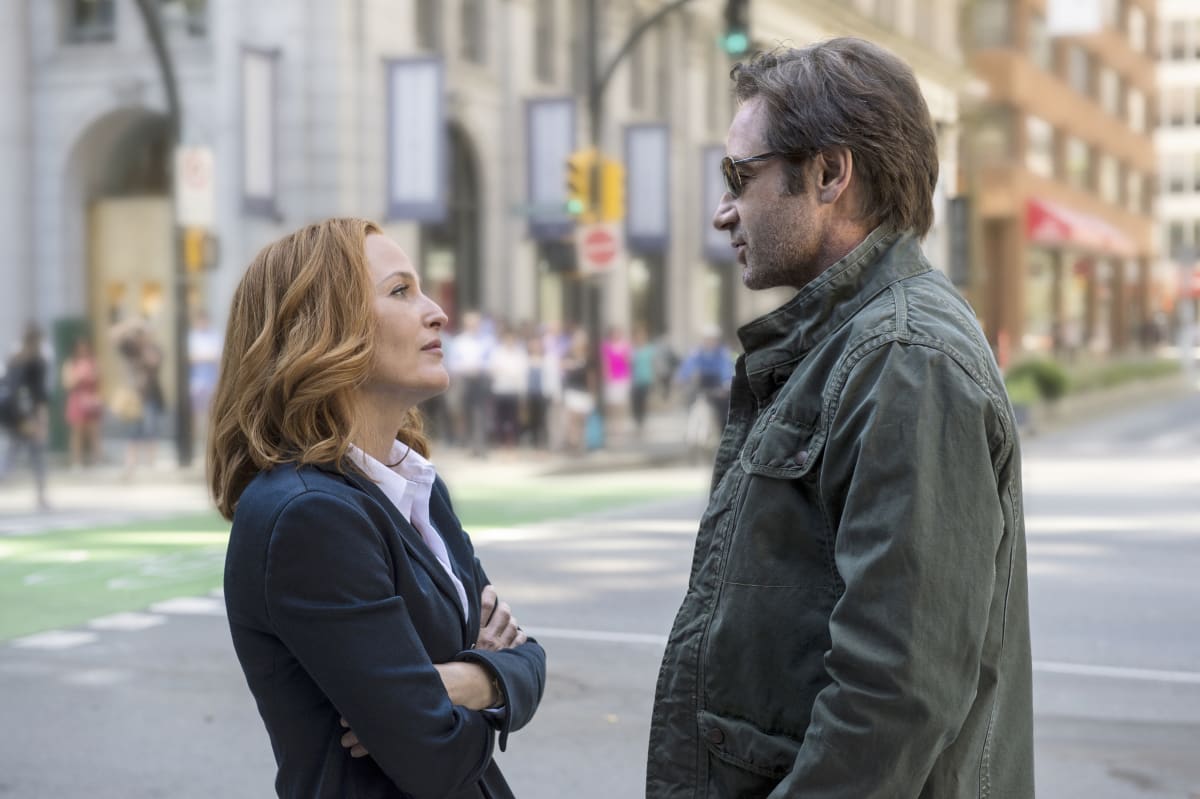 The X-Files (Mini-series) — Jan. 24 on Fox at 10 p.m. ET: David Duchovny and Gillian Anderson return to their career-defining series for six new episodes. Show creator Chris Carter is also returning as executive producer and has promised fans that the show will continue with the same narrative tone that it has become beloved for.

Lucifer (Season 1) — Jan. 25 on Fox at 9 p.m. ET: Based on the comic book of the same name, Lucifer follows the devil after he leaves Hell to wander around Los Angeles for a little bit. While living in the City of Angels, he joins the LAPD and spends his days investigating the crime that occurs.

American Crime Story: The People v. O.J. Simpson (Season 1) — Feb. 2 on FX at 10 p.m. ET: The new show from Ryan Murphy (American Horror Story, Glee) will be a 10-episode dramatic retelling of one of the most infamous legal cases in history, the trial of O.J. Simpson. With an A-list cast and tons of support from the network, this show is sure to garner tons of buzz closer to its premiere date.

Vinyl (Season 1) — Feb. 14 on HBO at 9 p.m. ET: The newest show from Terrence Winter (Boardwalk Empire) and Martin Scorsese, Vinyl follows a young record label executive (played by Bobby Cannevale) at the height of the industry in the '70s. Considering who's writing and who's producing the show, expect an enormous amount of violence, sex and, well, rock and roll. 11.22.63 (Mini-Series) — Feb. 15 on Hulu: This eight-part mini-series stars James Franco as a history teacher who travels back in time to stop the assassination of President John F. Kennedy. Based on Stephen King's book of the same name, the show's crew has reportedly gone out of their way to make sure every detail from that era is as factual as possible.

Better Call Saul (Season 2) — Feb. 15 on AMC at 10 p.m. ET: The sophomore season of the Breaking Bad spinoff is set to return with even more high-stakes drama, and this time, there may be some extra treats for fans of Vince Gilligan's original award-winning series.

Girls (Season 5) — Feb. 21 on HBO at 9 p.m. ET: Like the past four seasons of Girls, season five will focus on Hannah and the problems with her relationship, job and life in general.

Togetherness (Season 2) — Feb. 21 on HBO at 9:30 p.m. ET: Mark Duplass is back to navigate the messy world of marriage, family and irresponsible friends. If it's anything like its debut season, there will be plenty of awkward scenes that you won't be able to help but giggle at.

Fuller House (Season 1) — Feb. 26 on Netflix: The sequel to Full House, Fuller House follows oldest sister DJ after she moves back to San Francisco to raise her three kids after she's left widowed. In order to try and make it work (and afford the rent), she asks sister Stephanie and friend Kimmy to move in with her. Sound familiar?

The Family (Season 1) - March 6 on ABC at 9 p.m. ET: The twisty political thriller follows a family after their son who has been missing for over ten years suddenly returns home. This show comes from Jenna Bans, an alumni of the Shondaland training circuit, so expect nothing to be as it seems and a dramatic cliffhanger at the end of almost every episode.

The Americans (Season 4) and Bates Motel (Season 4): Although there are no premiere dates for both shows listed yet, we do know they will be coming back in March at some point.