A chore-tracking RPG improved my marriage

Tidying up is just the beginning

Share All sharing options for: A chore-tracking RPG improved my marriage 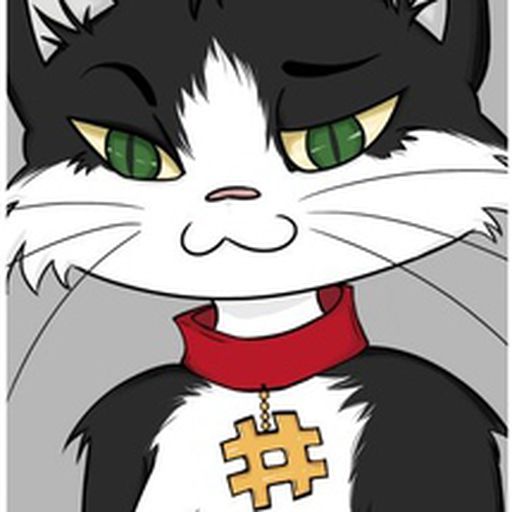 I learned about Habitica at E3 this year.

As a man with many habits, both good and bad, using a fantasy-themed mobile game to improve myself sounded interesting. What I didn’t expect was that the app would also improve my relationship with my wife.

The premise of Habitica is simple: You start off with a level one adventurer, just like any other RPG. You get your training sword, some basic armor and off you go. Except your starter zone isn’t what you are used to; there are no level-one kobolds to slay, no wolf paws to fetch and definitely no dungeons to explore. But that doesn’t mean there aren’t any quests to complete. Habitica really lets you "choose your own adventure" and the adventure is improving yourself.

Do you have some dirty dishes in your sink? Now you can wash them for 11 XP and five gold. Make your bed five days in a row and you’ll hit level four, where you unlock mounts and pets. Once you dedicate yourself to the bed making quest, you better commit or you’ll take damage overnight.

Habitica isn’t the first or only app that connects rewards to every day chores. While apps like Choremonster are operating in the same space, Habitica flavored their app specifically geared towards the gamer more than the parent.

Building on your successes

Habitica rewards you for picking up good habits and punishes you for falling off the wagon. It relies heavily on your own willingness to improve, as you are both the player and the dungeon master. You'll find a great tool in the app if you plan to improve yourself. You are wasting your own time if you don’t hold yourself to the goals.

Although there are definitely benefits to playing Habitica solo, for me it showed its true value when I teamed up with my wife and created a two-man party called "The Babes."

The idea of me agreeing to to-do lists got her immediately excited, although I was a little worried the fantasy-themed pixel art would put her off. We spent a good part of the afternoon creating daily to-do lists, which led to an open and honest conversation about each other’s pet peeves. I am usually not much of a confrontational person; every time my wife left a dirty breakfast plate in the sink, I would put it in the dishwasher for her. I would also build up a smidge of resentment without mentioning it. Moving the plate was easier than having the argument over and over again.

On the flip side, my annoying habit of putting my socks next to the hamper instead of in it was a source of arguments. In this case, having the argument daily was easier for me than just putting my damn socks into the hamper. In my mind, I wasn’t even being disrespectful; it just wasn’t a big deal. After all, I put her dishes in the dishwasher as well.

We could both assign a tiny bit of XP and gold in Habitica to these mundane tasks and, suddenly, it was no longer an issue. Not only was there a reward system in place, but in the rare case we failed to do the task, we could "warn" each other that we were about to take damage. Instead of being a nag, we got to be the hero every now and then.

My wife did feel a bit conflicted about it at first. It was disappointing to her that the countless arguments we had were not enough for me to change my annoying habit. She saw that the end justified the means after a week of not finding any rogue laundry on the floor.

Fixing annoying habits was not the only thing that had an impact, though. As new parents, keeping the household together is often more challenging than it seems. Coming home to a messy house creates a non-negligible amount of anxiety if it is an everyday occurrence.

We have already surrendered the actual cleaning to a third-party service (yay microtransactions!), but we had to scramble to pick up after ourselves to prepare for the cleaners to come in every Thursday. Habitica got our asses of the couch every day by rewarding us if we "reset" the kitchen and playroom before bed every night.

I cannot stress enough how big a difference it made to come home to a tidy house after a long day of work. Instead of being reminded of the things you should have done, walking into a well kept kitchen felt like an accomplishment. It even encouraged better and healthier cooking.

Having clean work spaces and access to all my cooking equipment removed the barrier of having to do dishes before even getting started. This, in its own way, reduced the number of easy take-out dinners significantly, saving us money and a ton of calories. Getting back to wholesome dinners at the table instead of ramen in front of the TV also led to better conversation. Having these little moments as a family can be incredibly important in a rushed lifestyle, but are often brushed aside because there is "no time." We had been missing out.

Of course, after a while the urgency of checking of daily tasks subsides and the newness of the app wears off. Habitica did something very clever when that happened to us: As the self-imposed dopamine drip on good behavior becomes less effective, the app introduces you to a brand new mechanic: Quests.

Your daily to-do list becomes a literal weapon against a monster you have to fight during a quest. The more you check off, the more damage you deal. Neglect your to-do’s and the monster attacks the entire party.

Once the app increased the stakes, it immediately revitalized our dedication. Neglecting our chores didn’t only hurt our own characters anymore, but our entire party. With the added accountability, we were able to gamify the squabbles about our responsibilities. "Did you do the dishes?" became "Make sure to do the dishes, because we almost beat the monster." We were communicating about our chores more effectively and without feeling like we were nagging each other.

The app had turned us into a team.

Habitica isn’t a magic cure to improving yourself, nor improving your relationship. The real work still needs to come from yourself. Habitica can be useful tool to get you there, however. Rewarding yourself for doing menial tasks is a proven concept to stay motivated. Seeing the results of these little tweaks to your bad habits resonate through your "real" life is priceless.

But the real trick was the app's ability to take what used to be a slightly hidden antagonistic relationship I had with daily tasks and my wife, and her with me, and externalize the bad guy until we were working together toward a common goal instead of mentally listing things the other person was doing "wrong." The monsters we were killing were silly, not to mention completely fictional, but they were still effective at reframing how we thought of these tasks.

Once we saw the added benefits of staying on top of our adult chores, the benefits only added to our resolve to stick with it. The rewards became so numerous that the quests became secondary. It's easy to stick with the changes now that we have a bit of momentum saved up.

Besides, I can’t wait to tell my dentist about my 60-day flossing streak.