James Gunn doesn’t care about Marvel vs. DC — and neither should we

Superheroes never, ever fight each other, and neither should ... hm, wait

Share All sharing options for: James Gunn doesn’t care about Marvel vs. DC — and neither should we 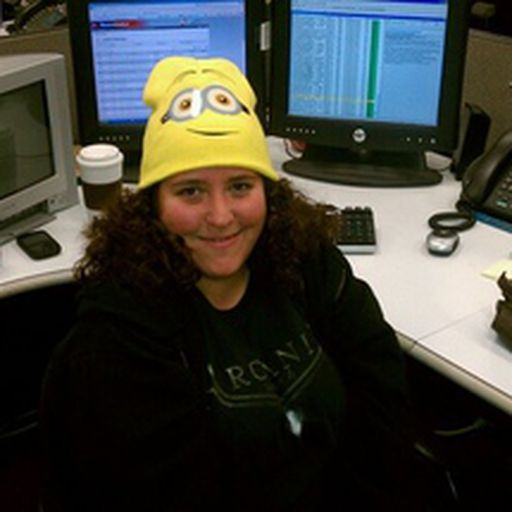 "Do you prefer Marvel or DC?" is a question that's sure to launch heated discussions in many corners of the Internet, but Guardians of the Galaxy director James Gunn wants no part of it.

"I just don’t find any room in my headspace for thinking my movies are superior or inferior to someone else’s," he told Variety in a recent interview. "I really just think about how can I make, for instance right now, how can I make Guardians Vol. 2 the greatest spectacle film of all time? That’s all I care about so that’s what I concentrate on. I don’t really think about Marvel versus DC."

He went on to say that he feels disappointed anytime a Marvel or DC movie comes out that isn’t as good as he’d hoped, because he loves the characters.

"I grew up reading Marvel and DC comics. I want them all to be good," he said.

"I want them all to be good"

It's refreshing to see a director refuse to take sides in the long-running spat between Marvel and DC. Captain America: Civil War and Batman vs. Superman: Dawn of Justice, arguably Marvel and DC’s biggest films this year, launched within six weeks of each other, but cattiness between the two comic book camps erupted long before either reached the silver screen.

When Batman vs. Superman director Zach Snyder referred to the Marvel movie Ant-Man as "flavor of the week," actor Sebastian Stan, who plays Bucky Barnes/Winter Soldier in the Captain America films, countered by saying that his movie’s directors weren’t "trying to mimic a better Christopher Nolan movie or something like that."

Stan wasn’t the only actor to weigh in on his franchises’ rivalry. DC’s newest Batman, Ben Affleck, gave his opinion to Entertainment Weekly on the difference between DC and Marvel on the silver screen. "[Batman vs. Superman] is more mythic, it is more grand in that way, and it is a little more realistic. Just by their nature, these films can’t be as funny or as quick or as glib as Marvel movies."

While plugging his most recent gig in Miss Peregrine’s Home for Peculiar Children, Samuel L. Jackson told Collider "success breeds contempt," no doubt referring to Marvel’s critical and commercial success. But, he also said he hopes the upcoming Wonder Woman movie is good, because a friend trained actress Gal Gadot for the part.

"I think there’s room for everybody to exist out here"

"I think there’s room for everybody to exist out here," he said, "and the fact that it’s not working or doesn’t work or people want a specific thing — that’s what makes the movies the movies and what makes audiences, audiences."

Over on Change.org, fans upset over negative reviews of Batman vs. Superman: Dawn of Justice and Suicide Squad petitioned to shut down movie review aggregate site Rotten Tomatoes. Many accused film critics of Marvel bias, calling them paid shills and worse.

Then, Suicide Squad director David Ayer fired shots at the competition during his film’s premiere. When a fan in the crowd enthusiastically shouted, "Fuck Marvel!" Ayer echoed the sentiment. He quickly apologized afterwards. "Sorry about getting caught up in the moment and saying f*ck Marvel," he wrote on Twitter. "Someone said it. I echoed. Not cool. Respect for my brother filmmakers."

The ubiquitousness of the Internet and social media has made it nearly impossible to remain neutral. Marvel vs. DC. Sony vs. Microsoft. Apple vs. Google. Coke vs. Pepsi. Everyone is expected to pick a side.

I’m guilty of my own bias. My introduction to the comic book world began in the 1990s with the animated X-Men series. I loved that show and those characters, and it convinced me to enter my first comic book store and start reading. I devoured all the X-men books I could get my hands on, including spin-offs like Deadpool, New Mutants, and X-Force.

But I loved Batman: The Animated Series, too, along with Tim Burton and Christopher Nolan’s takes on the Caped Crusader. I loved Christopher Reeves’ Superman. As I grew older, I discovered DC’s Vertigo line of comics and fell head-over-heels for Sandman, Transmetropolitan, and Fables. I drove to the theater on opening weekend to watch Batman vs. Superman and, like a lot of fans, came away a bit angry and disappointed. But not so angry and disappointed that I won’t line up to see Wonder Woman next year.

I don’t want to choose a side. I just want everything to be good.

Because, like James Gunn, I don’t care about the Marvel vs. DC feud. I don’t want to choose a side. I just want everything to be good.

The Marvel vs. DC feud is a staple of pop culture, though, and it isn’t likely going to end soon. The constant back-and-forth between the comic book giants is great fodder for entertainment websites looking for readers, diehard fans looking to evangelize their chosen side, and giant corporations looking to sell comics, movie tickets, and merchandise. Both companies have a robust slate of films scheduled for 2017 and beyond, and their various TV shows are going strong. DC is relaunching its ongoing monthly superhero comics with the Rebirth storyline, while Marvel is shaking things up with its Civil War II crossover.

We’re living in an unprecedented age of superhero entertainment. So, maybe it's time we all lay down our arms and enjoy it together.