Twin Peaks’ horrors come from everything but jump scares

Share All sharing options for: Twin Peaks’ horrors come from everything but jump scares 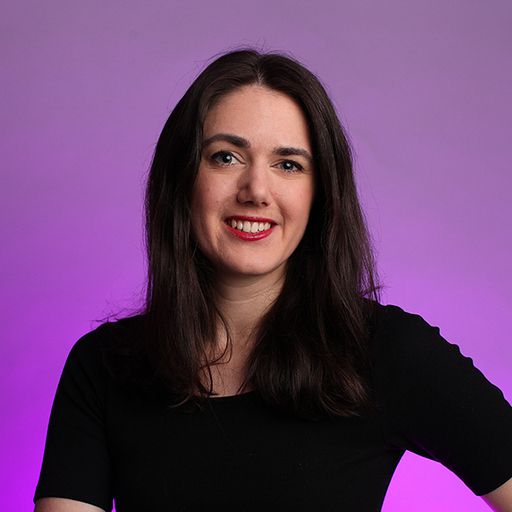 Welcome to Polygon's 13 Days of Halloween series! Between Oct. 19 and Oct. 31, Polygon will publish 13 opinion pieces about different films, shows and specials that exemplify what Halloween means to us. Whether that's the scariest movies you haven't seen yet or a look at a popular Treehouse of Horror episode, this is our tribute to the world of the strange, creepy and downright horrifying that exists within popular culture.

Twin Peaks is such a mishmash of genres, it's hard to explain it.

"I thought that was a comedy," my roommate said when I told her I was writing about Twin Peaks for Halloween.

"It is," I replied. "But it's kind of also scary. And a soap opera. And a murder mystery. But it's very funny!"

Twin Peaks veers between all these genres with abandon and varying success. But the horror and supernatural elements of the show have always been my favorite. Horror in Twin Peaks is a bit different than what we're used to seeing — it's quieter, existing in shots that are so slow and prolonged they can make you uncomfortable.

Many modern horror films use a one-two punch of sound and movement to scare viewers. It's a quintessential part of the jump scare: that much-maligned tactic that feels so much like a cheap trick when it's misused.

"A jump scare should add tension to the rest of the movie by making us distrust any moment where we feel safe," says Jack Nugent in his YouTube film criticism series, Now You See It. Watch his great breakdown of the jump scare, which he illustrates with a horrifying mashup of The Prestige and Poltergeist. Believe me, it works.

The part of the jump scare that affects us the most is not the bang of tension being released and the monster being revealed. It's the dread of knowing that something horrible is about to happen, and being forced to watch and wait.

"Buildup is what separates a good jump scare from a cheap one," says Nugent. And Twin Peaks is the master of the buildup. Much like Stanley Kubrick's The Shining, Twin Peaks uses stillness and repetitive sounds to create a sense of dread that you can practically feel like a pulse. And when we're finally confronted with a scare, there's often no release. We just have to live with it.

This can make any scene disturbing, but it's most effective in scenes like this one from EPISODE X, which embodies the best and worst of Twin Peaks. Most of this scene is the kind of soapy drama that dragged Twin Peaks down. James, Maddy and Donna are recording a song (we never find out why, OK), and as they record we see growing tensions between the teens: Donna starts to think James might like Maddy and gets jealous and upset. There are lots of long, damp stares, and David Lynch's favorite hobby: bad lip-syncing. It's really, really awkward and bad.

But when James and Donna run off to fight and make up, Maddy is left alone in the living room. And then we see BOB. If Twin Peaks were a horror movie, BOB would be the monster — he's the killer of Laura Palmer, and he menaces several of the characters through dreams and visions. Here, he enters from screen right in a completely still shot of the living room, from Maddy's point of view. The only sounds are low music and BOB's breathing — it's as if Maddy herself has forgotten to breathe.

This is the buildup to the scare. BOB moves slowly into the doorway and starts crawling towards the camera, over the couch and the table between him and Maddy. Finally he practically crawls into the camera, and it's only then that there we cut back to Maddy and she screams and breaks the tension.

Drawn-out sequences like this have all the buildup of a good jump scare, but the filmmakers refuse to deliver the release that we might expect or even crave. The audience is forced to sit and look the monster in the eye — quite literally in this example, because BOB is looking right into the camera.

And in the end, because nothing has actually happened, we're left feeling disturbed and off-kilter.

An even more chilling example happens in season two, episode seven. This is the scene where we find out whose body BOB is possessing, so if you haven't watched the show you really might want to stop here.

This scene introduces a piece of Twin Peaks mythology that will be vital going forward: If you're possessed by a spirit of the Black Lodge, that's who you appear as in the mirror. The scene is scored by low synths, which are overshadowed by the claustrophobic sound of a record skipping. The camera pans slowly to Leland Palmer, adjusting his tie in the mirror. The tension builds with a cut to a close-up of Leland's face, and then a cut back to Leland looking in the mirror — but this time it's BOB looking out.

This is the biggest reveal in the series at this point in the season, and the audience is left to revel in it for four uncomfortable seconds before another cut back to Leland. Nothing changes in the soundtrack, the lighting or the depth of the shot. But everything has changed about how we see Leland Palmer.

In the following episodes, shot composition is used to emphasize how dangerous Leland and BOB are. But this reveal scene just uses the most basic tools of filmmaking — shot, reverse shot — to remind us that this whole time, there has been a monster lurking behind Leland Palmer's smile.

You don't need loud noises or movement to make that disturbing as hell, and that's what I love about Twin Peaks.